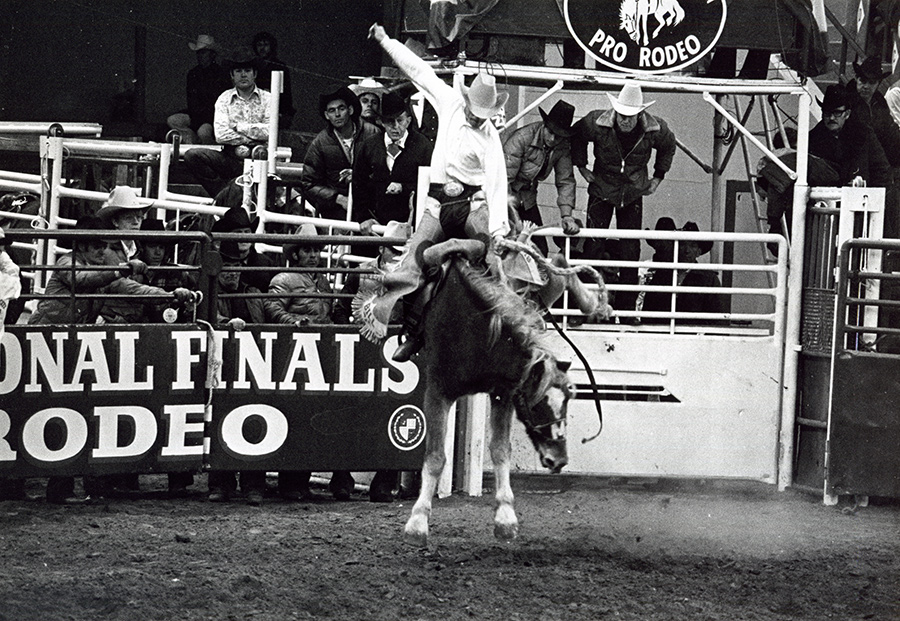 Other national rodeo championship competitions have also been held in the state. The PRCA National Finals Steer Roping moved from Laramie, Wyoming, to the Lazy E Arena, in Guthrie, Oklahoma, for the 1984 event and continued there until 2001; the event returned to the Lazy E from 2009 through 2013. The Women's National Finals Rodeo was also held at the Lazy E from 1985 through 1993. Oklahoma is also home to the International Finals Rodeo (IFR), held annually since 1969 by the International Professional Rodeo Association (IPRA), which is based in Oklahoma City.

The following (as per The Chicago Manual of Style, 17th edition) is the preferred citation for articles:
Dianna Everett, “National Finals Rodeo,” The Encyclopedia of Oklahoma History and Culture, https://www.okhistory.org/publications/enc/entry.php?entry=NA008.