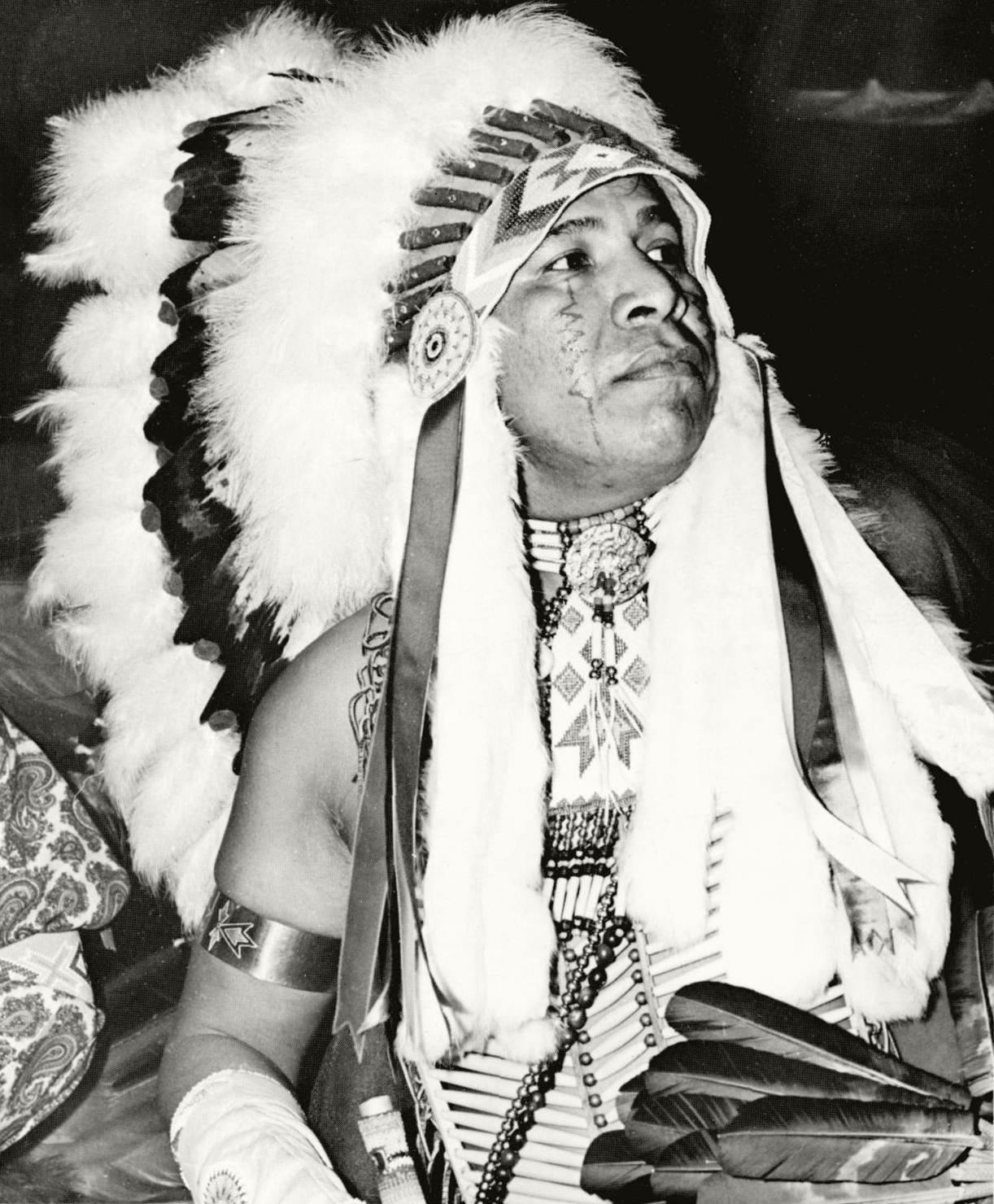 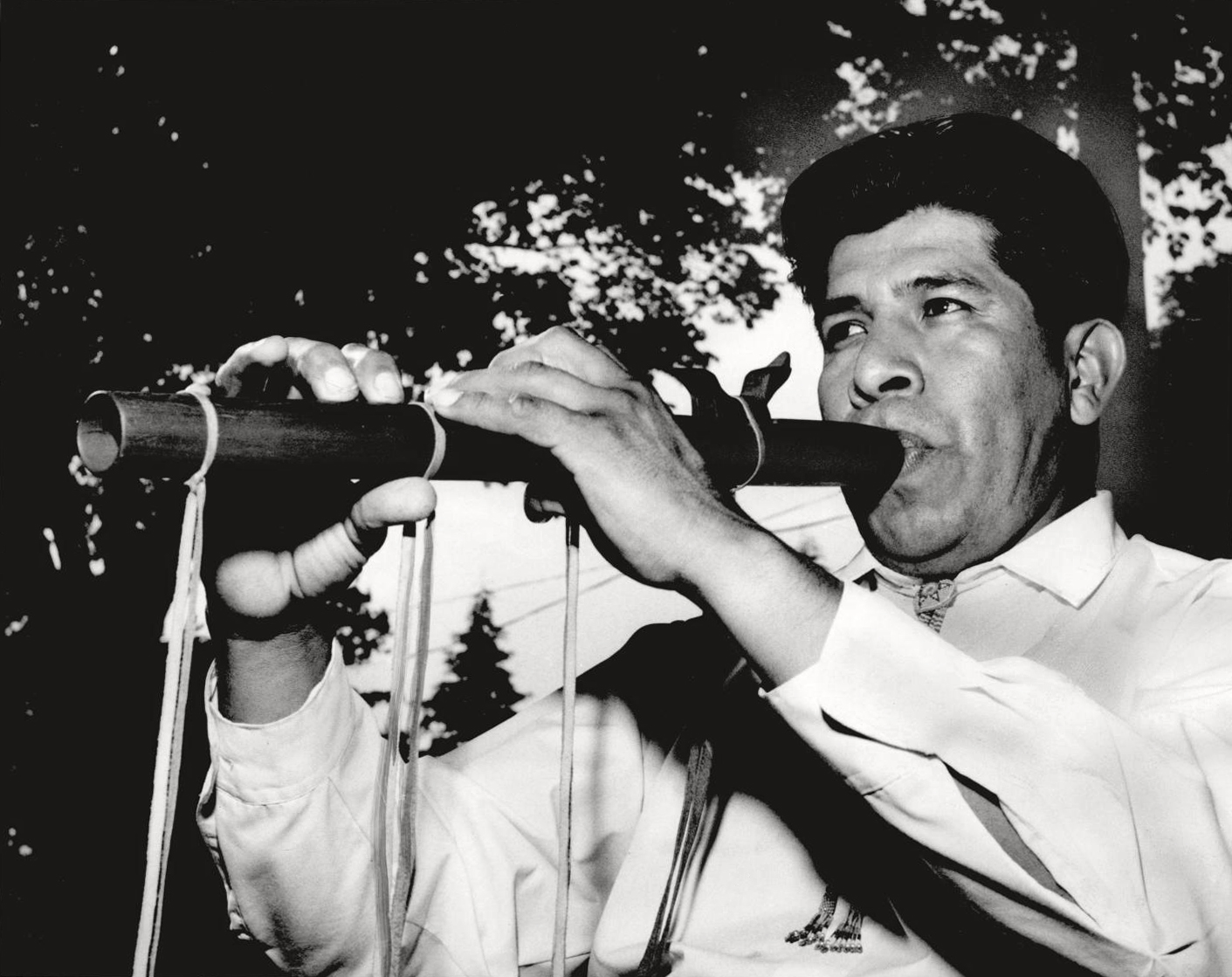 A noted Comanche artist and American Indian flute player Doc Tate Nevaquaya was born to Lean and Victoria Tate Nevaquaya July 3, 1932, in Apache, Oklahoma. Orphaned at fourteen, he resided at the Fort Sill Indian School in Lawton, receiving a high school diploma in 1951. In 1951 and 1952 he attended Haskell Indian Institute in Lawrence, Kansas. A self-taught artist, flutist, composer, dancer, lecturer, and Methodist lay minister, Nevaquaya gave numerous flute and art workshops throughout the United States, including classes at Brigham Young University (1972) and Georgetown University (1974). He made more than twenty-five television appearances, on shows televised nationally and by the British Broadcasting Corporation.

Nevaquaya's skills in the traditional arts were often featured in national and state observances. The Smithsonian Institution commissioned him to participate in the Comanche Tu-Wee Dance in Washington, D.C. (1970), play the flute on a Goodwill Tour of England (1970), design and paint a Comanche shield to honor the Tomb of the Unknown Soldier in Arlington National Cemetery (1973), play the flute at the National Folk Festival (1973), and record Comanche Flute Music for Folkways Records (1979). He was commissioned by the Oklahoma Diamond Jubilee to design two coins (1982), and by the Oklahoma Arts Council to compose and perform Flight of the Spirit at Oklahoma State Capitol (1991). He played flute at the Night of the First Americans, held at the Kennedy Center for the Performing Arts in Washington, D.C. (1982), at the United Nations Mission, New York (1985), at the Codetalkers Decoration Ceremony, Oklahoma State Capitol (1989), and at Carnegie Hall in New York (1990).

Among numerous recognitions that came to him were six Grand Awards and the Outstanding Indian Artists Award from Southwestern State College in Weatherford (1969); Indian of the Year award from Oscar Rose Junior College, Midwest City (1975); Outstanding Citizen of Diamond Jubilee Heritage Week from the Apache Chamber of Commerce (1982); the LaDonna Harris Award from Oklahomans for Indian Opportunity (1986); and a National Heritage Fellowship from the National Endowment for the Arts (1986); and the Artist of the West Award at the American Indian and Cowboy Artists National Western Art Exhibition in San Dimas, California (1994). The Governor's Arts Award named him an Oklahoma Treasure in 1995.

Nevaquaya married Charlotte Jereaux Foraker, and they had nine children. A Methodist and Democrat, he lived on his family's land allotment near Apache until his death from a heart attack on March 5, 1996, in Lawton. His sons have carried on his legacy as artists, flute players, and/or dancers.

The following (as per The Chicago Manual of Style, 17th edition) is the preferred citation for articles:
Paula Conlon, “Nevaquaya, Joyce Lee "Doc" Tate,” The Encyclopedia of Oklahoma History and Culture, https://www.okhistory.org/publications/enc/entry.php?entry=NE004.