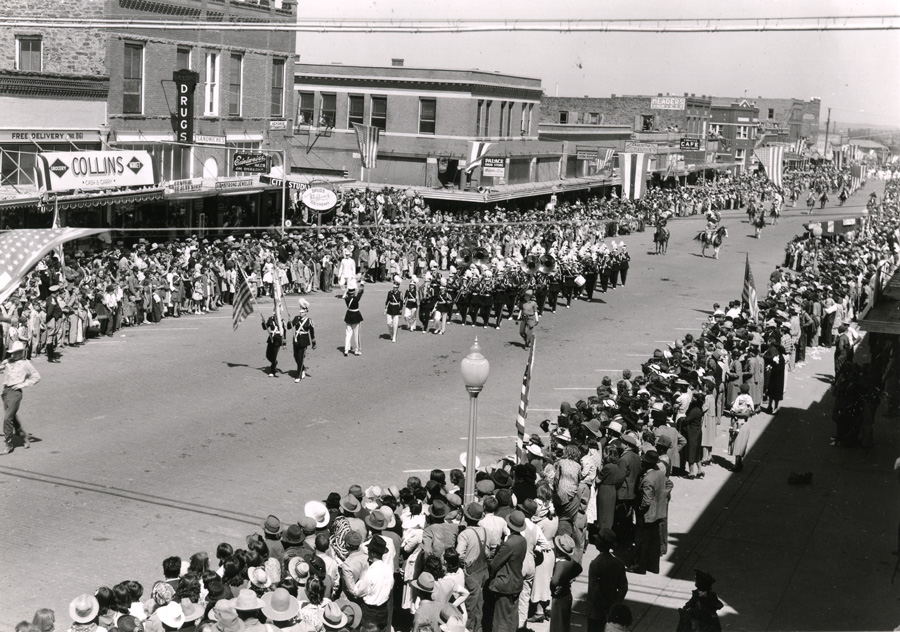 Okemah, county seat of Okfuskee County, is located on Interstate 40, seventy-one miles east of Oklahoma City. Originally within the Creek Nation, Indian Territory, the area was opened to non-Indian settlement on April 22, 1902. Perry Rodkey and H. B. Dexter, who were making a railroad survey, had selected the townsite about two years earlier. Dexter named the town for Okemah, a Creek chief. The developers placed the townsite where they believed two railroads would intersect. The Fort Smith and Western Railroad did build through the town; however, the Ozark and Cherokee Central Railway (later the St. Louis and San Francisco Railway) did not reach Okemah.

Town lots were offered at auction, attracting approximately three thousand people. Okemah became a tent city enclosed by barbed-wire fencing to keep out grazing cattle. Construction of buildings started several months later. The first was a one-story structure of bark and poles built by American Indians. The earliest, closest post office had been established nearby at Fentress in 1897. A post office in Okemah opened on May 16, 1902. Early-day residents depended on raising cattle and growing cotton and other crops. By 1907 statehood the population stood at 1,027, and it grew to 2,162 by 1920. In the mid-1920s Okemah benefited from an oil boom, and the population peaked at 4,002 in 1930. It dropped to 2,836 in 1960 but thereafter rose to 3,381 in 1980.

At the turn of the twenty-first century Okemah, with 3,038 citizens, had a council/city manager form of government. The city had a 255-acre industrial park adjacent to Interstate 40, a baseball field, a golf course, an airstrip, tennis courts, a public swimming pool, and Noble Park, located in the heart of the city. Okemah Lake offered fishing, boating, and campsites. The Creek Nation Hospital provided community health resources. Okemah qualified as an Oklahoma Certified City in 1998 and as a Century Community in 2001. Both programs were directed by the Oklahoma Department of Commerce. The city hosted the annual Woody Guthrie Folk Festival, honoring a native son. The Woody Guthrie House is listed in the National Register of Historic Places (NR 75001569). Another favorite son was Leon Chase Phillips, Oklahoma governor from 1939 to 1943. Many county historical collections and documents can be viewed in the Okfuskee County Historical Society Museum and the Okemah Library. At the turn of the twenty-first century Okemah's economy was supported by local cattle ranching and small manufacturers. The 2010 census counted 3,223 residents.

The following (as per The Chicago Manual of Style, 17th edition) is the preferred citation for articles:
Carolyn S. Burnett Price, “Okemah,” The Encyclopedia of Oklahoma History and Culture, https://www.okhistory.org/publications/enc/entry.php?entry=OK004.