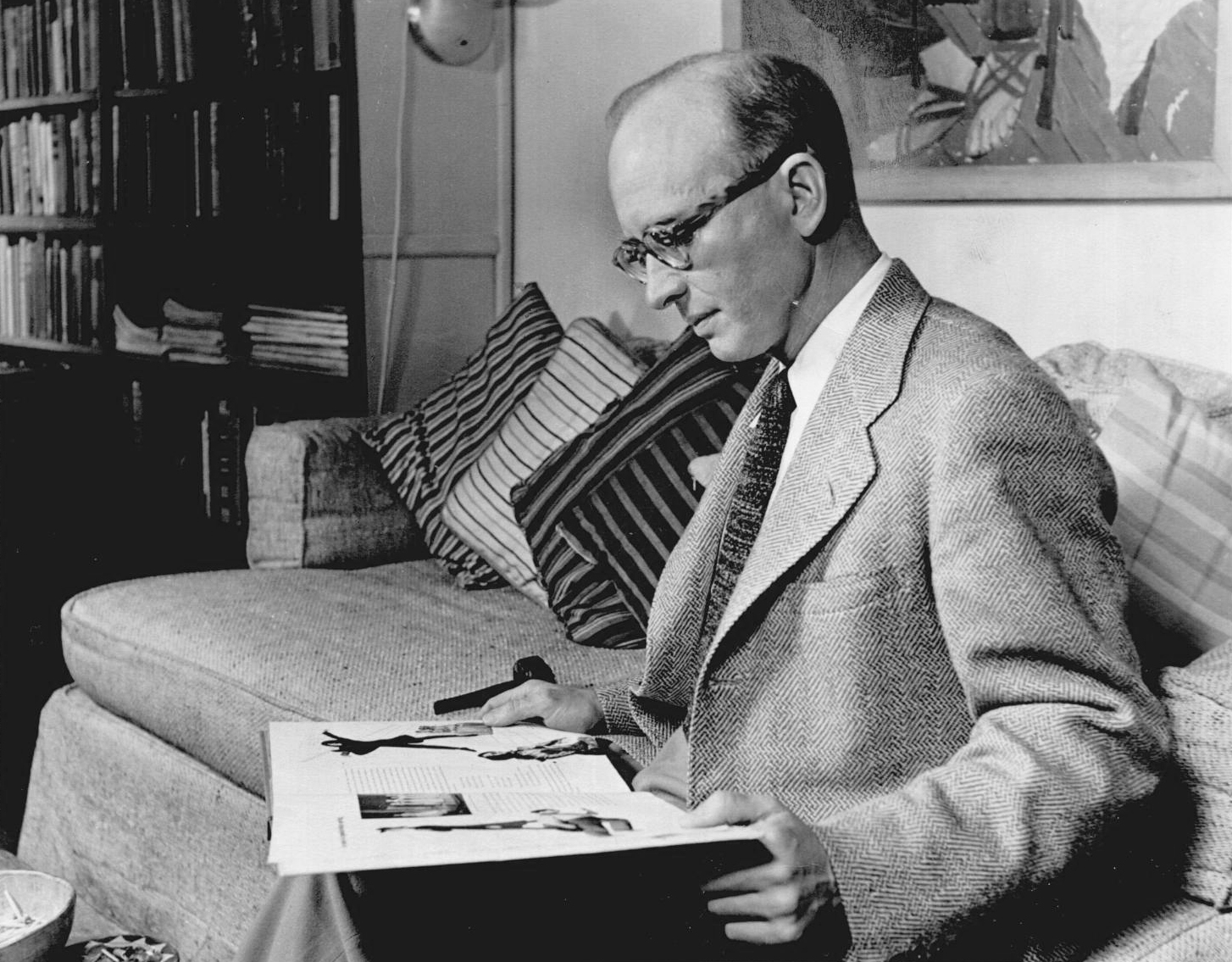 Lynn Riggs is the Southwest's most important playwright and a significant folk artist. His best-known play, Green Grow the Lilacs, became one of the world's greatest musicals, Oklahoma! Riggs was also a poet but mostly made his living writing Hollywood film scripts. Half of his thirty plays are set in the Southwest, and he vividly depicted life in the old Indian Territory with all its comedy and tragedy. He enjoyed the old Cherokee chants, relished the boisterous play parties of the early settlers, and poignantly captured the isolation, loneliness, and violent passions of frontier life. Rollie Lynn Riggs was born on a farm in the Verdigris Valley, three miles southwest of Claremore, on August 31, 1899. His father, William Grant Riggs, once a cowboy, later became a bank president in Claremore. His mother, Rosa Gillis Riggs, one-eighth Cherokee, died when he was one year old, and his father remarried. Unhappy, Riggs eventually went to live with his aunt Mary Brice Riggs who ran a boarding house in Claremore. Stepmothers are depicted harshly in his works, and Mary became the lovable aunt in a number of major plays. Soon after high school Riggs began his ongoing itinerant lifestyle, working first in New York and then in Hollywood, hanging around the movie lots and gaining a toehold in the business.

Back in Oklahoma, he spent three years at the University of Oklahoma. A breakdown in his senior year led to recuperation on a ranch in Santa Fe, and there in 1925 he produced his first play to be published, Knives from Syria. The playlet included a genial, middle-aged woman (Aunt Mary), a romantic lead (his adored older sister Mattie), a hired hand, a peddler both mysterious and comic, and a group of young pranksters—all to reappear regularly in his later plays. After he returned to New York, his tragedy Big Lake was staged in 1927 on what is now known as off-Broadway. Then Roadside, the most rollicking of his works, opened on Broadway for a short but highly praised run, lauded for its folk humor and vigorous youthful frontier rebellion against restrictive authority. Four months later in 1931 the Theatre Guild opened his ballad-like Green Grow the Lilacs with a notable case of soon-to-be-famous stage and screen stars. Members of his family may have been the models for Aunt Eller and Laurey.

Lilacs romanticized and idealized the old frontier, and, as in Roadside, the hero was freed from jail to be with his new love. Riggs's melodious dialogue was filled with many phrases later used verbatim by Rodgers and Hammerstein in their songs. The Cherokee Night, perhaps his most significant play, soon followed, but at the small Hedgerow Theatre in Pennsylvania. It was deemed too serious for Broadway. This powerful series of vignettes shows the disintegration of the western branch of the tribe. Russet Mantle, satirizing the Santa Fe art colony, was his longest run on Broadway at 116 performances in 1936. Numerous other plays were staged around the nation. In 1941 The Cream in the Well, his powerful tragedy of incest, closed quickly on Broadway, hounded by the offended critics. Riggs was two decades ahead of his time with this searing exposé of frontier isolation and sexual repression.

Drafted into the U.S. Army in 1942, he quietly served his country at Wright Field, Ohio, while the Theatre Guild brought Richard Rodgers and Oscar Hammerstein II together, gave them the script of Lilacs, and their Oklahoma! made theater history in 1943, winning a Pulitzer Prize and running a record 2,212 performances.

Some of Riggs's postwar scripts succeeded in New York, and he died of stomach cancer there on July 30, 1954. A slight man with fine, brown hair and gentle manners, he never married and in later years lived quietly with a series of male companions. Riggs once said of himself that he had done little in life but to seek to discover who he was, and that he never really felt at home in the world. But plays such as Roadside, Green Grow the Lilacs, Russet Mantle, and The Cherokee Night have given him a solid home in American theater.

The following (as per The Chicago Manual of Style, 17th edition) is the preferred citation for articles:
Thomas A. Erhard, “Riggs, Rollie Lynn,” The Encyclopedia of Oklahoma History and Culture, https://www.okhistory.org/publications/enc/entry.php?entry=RI006.