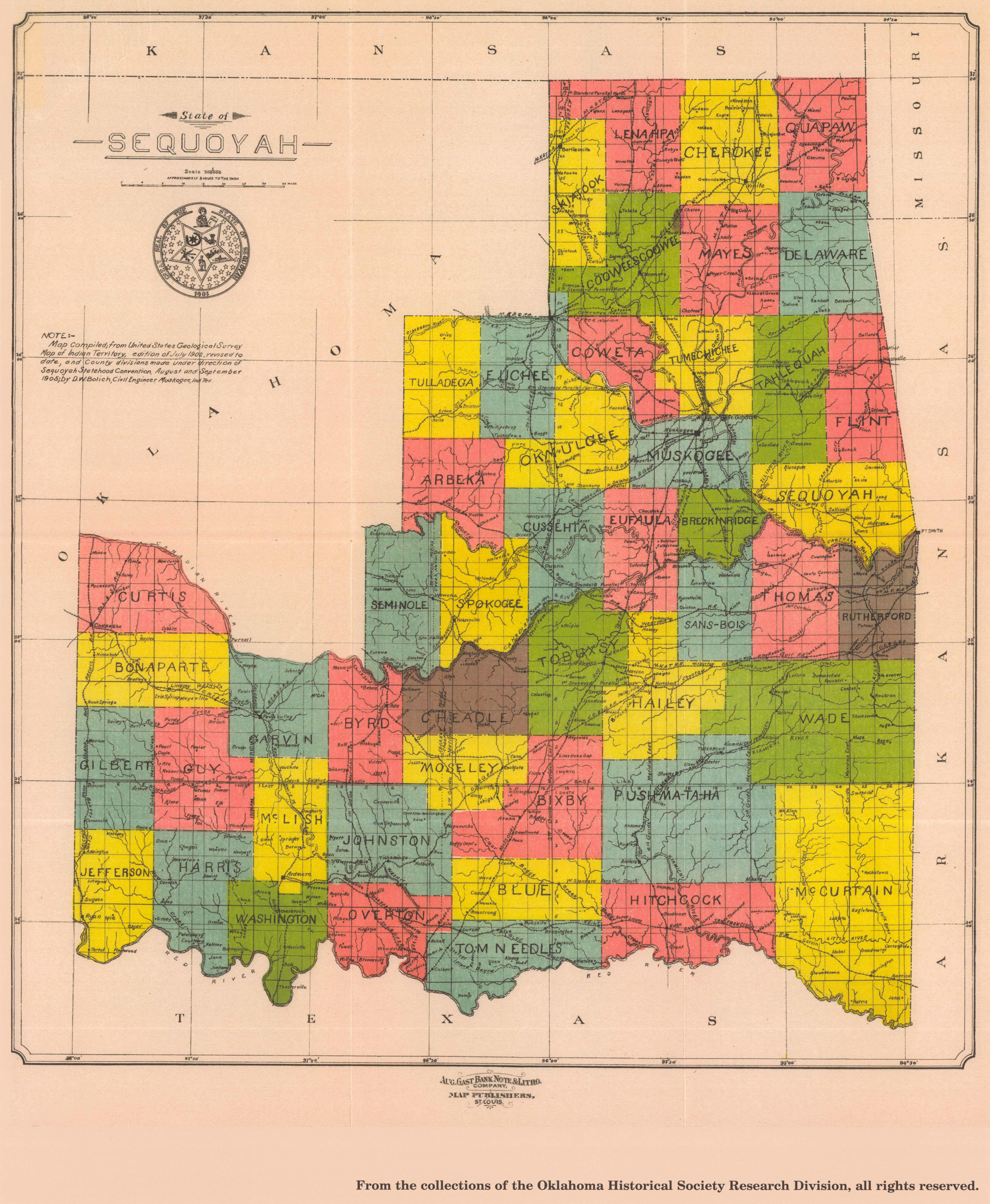 An Indian-led attempt to secure separate statehood for Indian Territory, the Sequoyah Convention convened on August 21, 1905, in the Hinton Theater in Muskogee, Creek Nation. At the instigation of Cherokee citizen James A. Norman, in early July 1905 W. C. Rogers, principal chief of the Cherokee Nation, and Green McCurtain, chief of the Choctaw Nation, called the convention to draft a constitution for a proposed state and to select a name and capital city. Delegates were chosen in mass meetings held across Indian Territory. In late July an amended call included the names of Creek Chief Pleasant Porter and Seminole Chief John F. Brown. Chickasaw Governor Douglas Johnston opposed the movement. Consequently, William H. Murray, future Oklahoma governor and intermarried Chickasaw, represented the Chickasaws before and during the convention.

Until 1903 the Five Tribes and other tribes in Indian Territory had generally opposed all local and national efforts for statehood, whether single or joint with Oklahoma Territory. However, with the end of tribal governments looming on March 4, 1906, as prescribed by the Curtis Act (1898), and facing the prospect of joint statehood, the tribes relented. Their desire for Indian Territory to be admitted as a single state culminated at the Sequoyah Convention, which met as a whole August 21 and 22 and September 5 through 8, 1905. In a 1904 pamphlet James A. Norman had suggested naming the state "Sequoyah" to honor the famous Cherokee who had developed the Cherokee alphabet. Reconvening on October 14, 1905, at South McAlester, the convention authorized Chair Pleasant Porter and Secretary Alexander Posey to sign the constitution for the delegates.

Territorial leaders realized that the Republican-led U.S. Congress was unlikely to admit a heavily Democratic Indian Territory. Yet, single-state supporters and Indian nation leaders pressed the campaign in the weeks leading to the November 7, 1905, election. Turnout was light, with 56,279 votes for the constitution and petition to Congress and 9,073 votes against. Early in the Fifty-ninth Congress, Rep. Arthur Phillips Murphy of Missouri, who also acted as attorney for the Creek Nation, and Sen. Porter James McCumber of North Dakota filed Sequoyah statehood bills, which Congress refused to consider. Joint statehood, the joining of Indian and Oklahoma territories to form Oklahoma, occurred on November 16, 1907.

The following (as per The Chicago Manual of Style, 17th edition) is the preferred citation for articles:
Richard Mize, “Sequoyah Convention,” The Encyclopedia of Oklahoma History and Culture, https://www.okhistory.org/publications/enc/entry.php?entry=SE021.