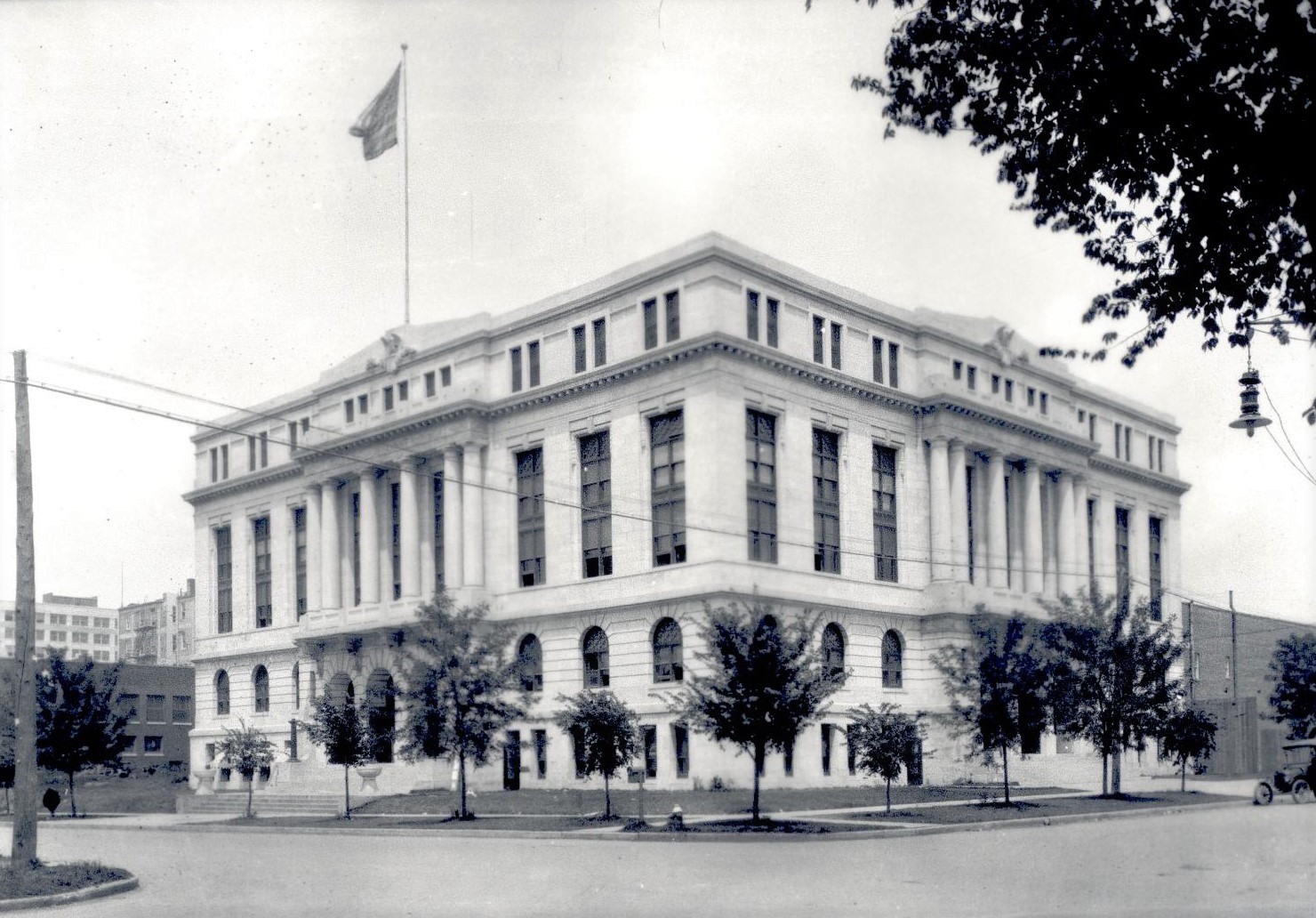 Located in eastern Oklahoma, Tulsa County took its name from the already established town of Tulsa. Areas of the old Creek and Cherokee nations comprise the county. It is bordered on the north by Osage, Washington, and Rogers counties, on the east by Rogers and Wagoner, on the south by Okmulgee, and on the west by Creek and Osage counties. Tulsa, the state's second largest populated city, serves as the county seat. Other incorporated towns are Bixby, Broken Arrow, Collinsville, Glenpool, Jenks, Owasso, Sand Springs, and Sperry.

The Arkansas River drains most of the county, but tributaries of the Verdigris, principally Bird Creek and the Caney River, drain the northern portion. Tulsa County contains 587.02 square miles of land and water area. The landscape embodies prairies and sandstone hills, with the lowlands of the Arkansas River Valley providing excellent farming soil. In 1965 the U.S. Army Corps of Engineers completed Keystone Dam on the Arkansas River in Tulsa County, creating Keystone Lake. Most of the lake lies in Osage, Pawnee, and Creek counties.

Archaeologists have identified one Paleo-Indian (prior to 6000 B.C.), eight Archaic (6000 B.C. to A.D. 1), two Woodland (A.D. 1 to 1000), and eight Plains Village (A.D. 1000 to 1500) sites in the county. An important find is the Lasley Vore Site, which closely associates American Indian and European artifacts and dates them to the early to mid-eighteenth century. Scholars suggest this was a semipermanent hunter-farmer village that was possibly visited in 1719 by French voyageur Jean Baptiste Bénard de la Harpe and his party. Later, French traders undoubtedly passed through the present county as they traveled up and down the Arkansas River Valley. In 1803 the United States attained the region through the purchase of Louisiana Territory. Americans who explored the area included James Wilkinson (1806), Thomas James (1821), Washington Irving (1832), and Nathan Boone (1843).

The border between the Cherokee and Creek nations cuts through present Tulsa County. As the two peoples began to settle the region in the 1830s and 1840s, they created small towns near the rivers and streams. A Creek band established the forerunner to the city of Tulsa at this time. For a few months in 1834 the federal government garrisoned a stockaded fortification, known as (Old) Fort Arbuckle, approximately eight miles west of present Sand Springs. The name honored the commander of Fort Gibson, Col. Matthew Arbuckle. During the Civil War, in present Tulsa County, Confederate Col. Douglas H. Cooper harassed Opothleyahola and his followers as they traveled to the Union stronghold of Kansas. On December 9, 1861, nearly a month after their engagement at Round Mountain, the sides clashed at Bird Creek a few miles southeast of Sperry. Known as the Battle of Chusto-Talasah, the four-hour skirmish further weakened Opothleyahola's forces, and on December 26 at the Battle of Chustenahlah in present Osage County Cooper scattered the Unionist Creeks, sending the survivors to Kansas without supplies.

After the Civil War the United States renegotiated treaties with the Five Tribes, which paved the way for railroad intrusions. In 1881–82 the Atlantic and Pacific Railroad Company extended its line from Vinita to Tulsa. In 1884–85 it continued to Red Fork, and the next year to Sapulpa. By 1897 the company had been sold to the St. Louis and San Francisco Railway (SL&SF). In 1899 the Kansas, Oklahoma Central and Southwestern Railway (sold to the Atchison, Topeka and Santa Fe Railway [ATS&F] in 1900) laid tracks from Kansas to Owasso. After oil was found at Red Fork near Tulsa in 1901, railroad building in the region intensified. In 1902–03 the Kansas City, Fort Scott and Memphis Railroad (eventually acquired in 1928 by the SL&SF) built a line from West Tulsa westward to Steen. Also in 1902–03 the Missouri, Kansas and Oklahoma Railroad (sold to the Missouri, Kansas and Texas Railway in 1904) constructed tracks from Wybark through to Tulsa to Osage. Between 1904 and 1906 the Midland Valley Railroad worked a line from Muskogee to Tulsa, then north to Kansas. In 1905 the AT&SF laid tracks from Owasso to Tulsa. In 1907 the Midland Valley sent a spur from Jenks to Glenpool, extending it to Kiefer in 1916. In 1936 this short line was abandoned.

Oil discovered in the Red Fork Oil Field in 1901 and the Glenn Pool Field in 1905 spurred drilling throughout the county. The rich fields found all around Tulsa helped it grow to be the self-proclaimed "oil capital." Several oil tycoons made the town their base, including Harry Ford Sinclair, J. Paul Getty, Joshua Cosden, William K. Warren, and Robert Galbreath. The influx of wildcatters, roughnecks, promoters, and opportunists boosted the populations of Tulsa and the surrounding towns. By 1907, when the county organized for statehood, its population stood at 21,693; it climbed to 34,995 by 1910, with the number of residents in the city of Tulsa escalating from 7,298 to 18,182 during the same period. By 1918 a number of oil refineries sprang up near the Arkansas River in West Tulsa.

Oil continued to drive the county economy, and beginning in 1923 the city of Tulsa hosted the International Petroleum Exposition to platform industry technology. In 1979 the last exhibition was held. In 1975 Tulsa County produced 843,224 barrels of crude oil and 67,425 million cubic feet (mcf) of natural gas. At the beginning of the twentieth century production of crude oil had fallen to 293,398 barrels, but the county produced 984,070 mcf of natural and casinghead gas. Extraction of other natural resources also occurred. In 2002 Tulsa County was the second leading limestone/sandstone producer (4,070,968 tons) in the state. The county led the state in sand and gravel (2,651,722 tons) production and also mined clay and shale (144,894 tons).

With the abundance of local natural resources and convenient transportation, including the Arkansas River and later the McClellan-Kerr Arkansas River Navigation System (in nearby Rogers County) as well as a series of railroads, highways, and toll roads, several manufacturing facilities and companies located at Tulsa. Beginning in 1907 Tulsa had a street railway and by 1909 interurbans connected the city to surrounding county towns. In 1911 Charles Page founded the Sand Springs Railway, an interurban that connected his town of Sand Springs and its orphanage to Tulsa. By the 1960s these trolley systems had made their last runs. In 1926 the "mother road," U.S. Highway 66, was designated and routed though Tulsa on its trek from Chicago to Los Angeles. At the end of the twentieth century Interstate 44, U.S. Highways 64, 75, 169, and 412, the Creek Turnpike (a toll road), and State Highways 11, 20, 51, 67, and 97 traversed the county.

The aviation industry has a long history in the county, beginning in 1928 when the Skelly Oil Company purchased the Mid-Continent Aircraft Company and began building Spartan airplanes in Tulsa. During World War II the federal government built an aircraft factory, known as the Tulsa Bomber Plant, which the Douglas Aircraft Company operated. Except for a brief period after the war ended, the plant continued to produce planes until 1991. In the late 1940s American Airlines began to relocate its maintenance and engineering operations to Tulsa, with the facility fully operational by 1952. American Airlines has continued this presence into the twenty-first century.

African Americans constituted 12.7 percent of the Tulsa County's 1910 population, with a count of 2,754. In 1920 their numbers grew to 10,903, but they were only 10 percent of the county's 109,023 population. During this period the African American section of Tulsa developed into a very successful district called Greenwood. In 1921 the tragic Tulsa Race Massacre occurred, destroying thirty-five blocks of Greenwood and causing a number of deaths, the estimate of which ranges from fifty to three hundred people (the exact number is unknown). The African American community soon thrived again, but an emotional and political scar remained. In 1997 a state commission formed to investigate the riot and in 2000 released its findings.

In 2005 Tulsa supported several institutions of higher learning, including Tulsa Community College, Oral Roberts University, the University of Tulsa (originally Henry Kendall College), and Oklahoma State University-Tulsa. The Gilcrease Museum, the Philbrook Museum of Art, the Tulsa County Historical Society Museum, the Oklahoma Jazz Hall of Fame, the Greenwood Cultural Center, the Tulsa Air and Space Museum, and the Sherwin Miller Museum of Jewish Art (formerly the Fenster Gallery of Jewish Art) are located in Tulsa. Jenks is home to the Oklahoma Aquarium.

The following (as per The Chicago Manual of Style, 17th edition) is the preferred citation for articles:
Larry O'Dell, “Tulsa County,” The Encyclopedia of Oklahoma History and Culture, https://www.okhistory.org/publications/enc/entry.php?entry=TU008.