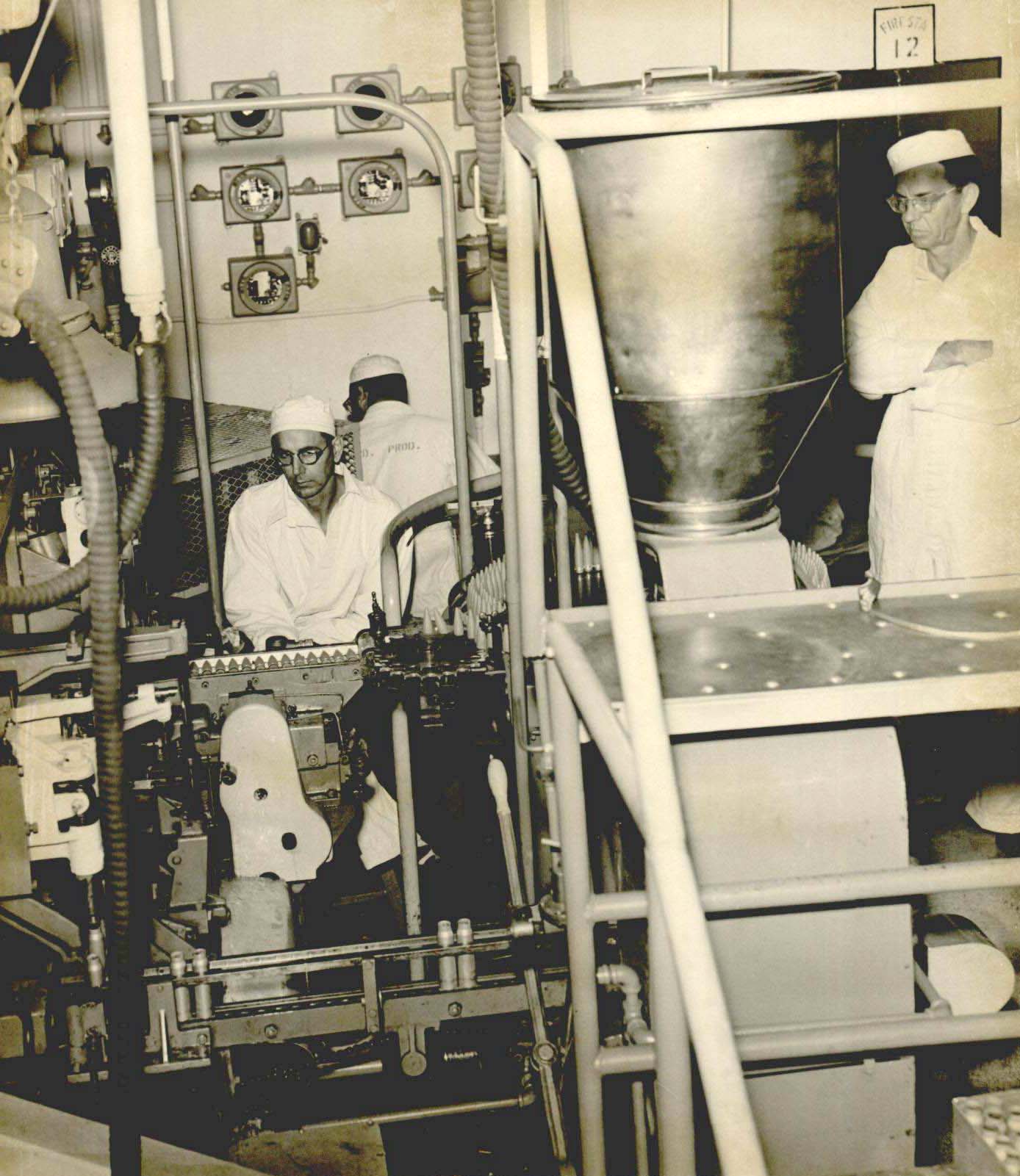 The U.S. Naval Ammunition Depot at McAlester (now the U.S. Army Ammunition Plant) was built as one of the new military installations needed when the United States became involved in World War II. As the United States prepared for possible entry into the war, the military began to consider the construction of ammunition depots located inland. Once the United States entered the conflict, these plans took on new urgency.

Several prominent McAlester citizens began to actively seek a military installation, and a delegation traveled to Washington, D.C., to promote the area. The U.S. Army showed little interest, but the U.S. Navy sent officials to McAlester while they were visiting several possible sites around the country. McAlester was an ideal location; it was far enough inland and lay at the intersections of major highways and railroads. The large land area southwest of the city was of fairly low quality and was sparsely populated, so acquisition of the area would cause few problems. In addition to McAlester's civic leaders, U.S. Sen. Elmer Thomas, U.S. Rep. Wilburn Cartwright, and officials of the Missouri-Kansas-Texas and Rock Island railroads heavily promoted the area. On June 10, 1942, the navy announced that it had chosen McAlester for one of its new depots.

A contract was awarded to the Brown-Bellows Construction Company of Houston, and construction began in August 1942. Delays were caused by the weather, poor ground conditions, and a shortage of qualified workers, but progress was rapid enough for commissioning ceremonies to be held on May 20, 1943. The first munitions were produced in September.

Although the work force, which peaked at more than eight thousand in 1945, was reduced significantly following World War II, the depot continued to be an important production and storage facility. Employment increased to about three thousand during the Korean conflict. After the work force dropped to about six hundred in the late 1950s, the depot again employed three thousand to supply United States forces in Vietnam.

On October 1, 1977, the depot became the U.S. Army Ammunition Plant, as a result of the Department of Defense's decision to place the army in charge of conventional ammunition for all the armed forces in order to increase efficiency. Little change occurred in the actual operations of the plant. During 1998 and 1999 the U.S. Army Defense Ammunition Center, whose functions included training, research, engineering, and other services, was transferred from the Savanna Army Depot Activity in Illinois to the McAlester plant. At the turn of the twenty-first century the plant employed more than eight hundred people and enjoyed its status as the ammunition storage facility with the nation's largest storage capability.

The following (as per The Chicago Manual of Style, 17th edition) is the preferred citation for articles:
Matthew Rex Cox, “U.S. Naval Ammunition Depot,” The Encyclopedia of Oklahoma History and Culture, https://www.okhistory.org/publications/enc/entry.php?entry=US002.