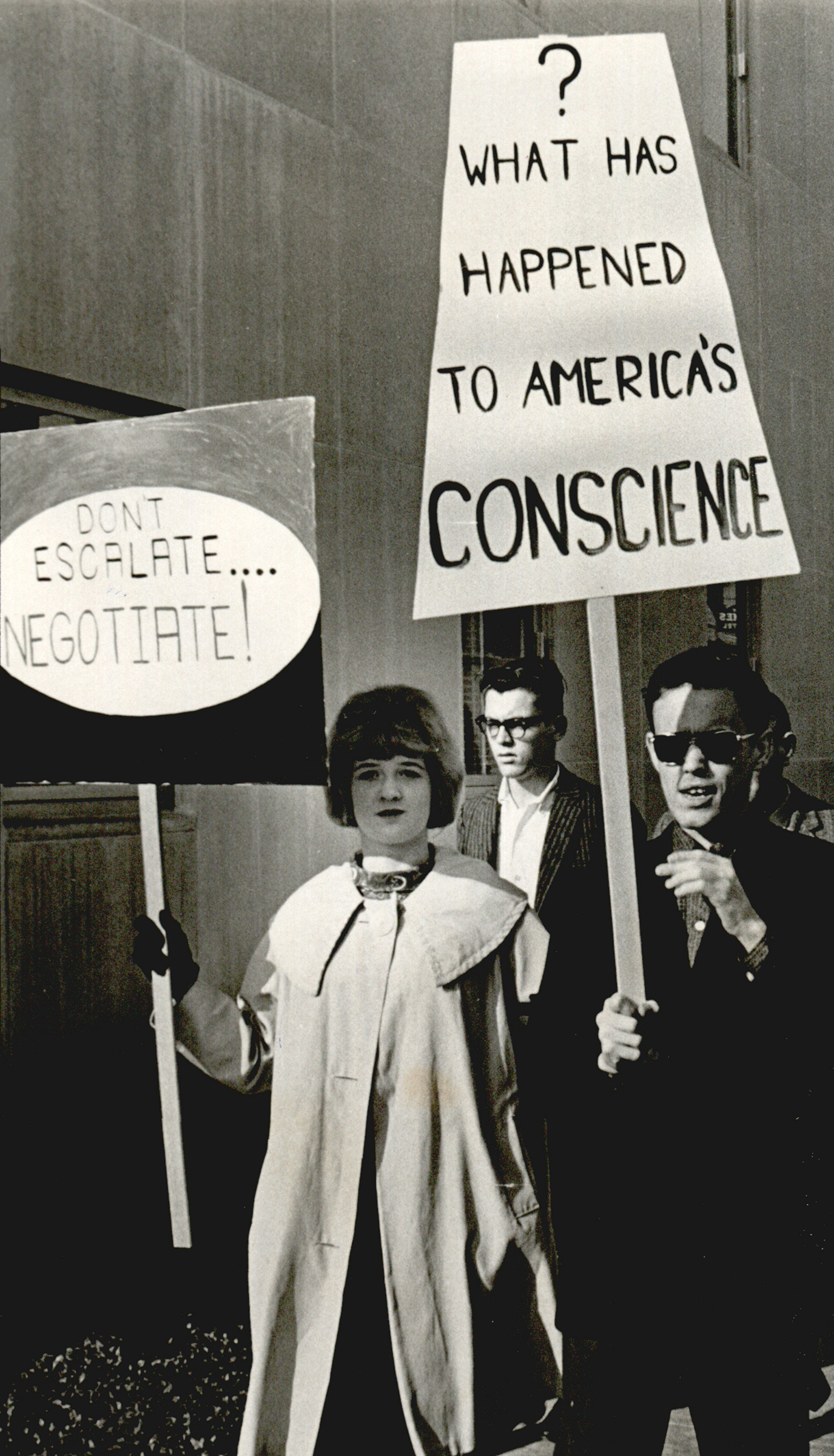 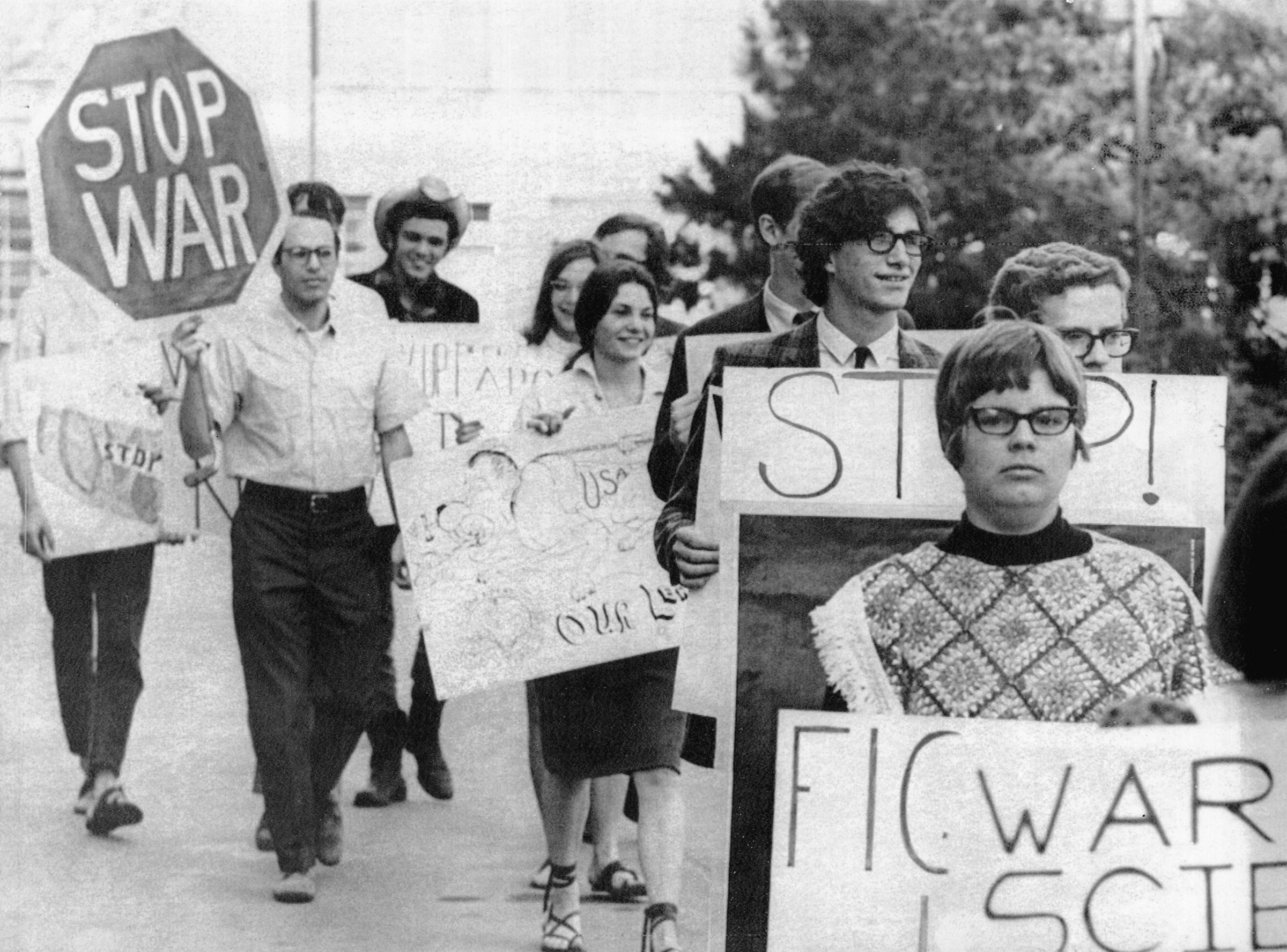 Opposition to the Vietnam War in the 1960s and 1970s grew into the most extensive antiwar movement in American history. Public protests against the war began slowly in the early 1960s with a handful of demonstrations in large cities and on college campuses and grew rapidly after 1964 as the American military presence in Vietnam increased to over five hundred thousand American combat troops. By the late 1960s Vietnam War protests attracted several hundred thousand participants at locations throughout the nation.

Although antiwar demonstrations were somewhat limited in Oklahoma prior to 1970, the Sooner State was the focus of one federal government effort to minimize the influence of radical student groups and dissident activities. In response to the emergence of the Students for a Democratic Society and other radical groups on college campuses, FBI Director J. Edgar Hoover authorized a number of countermeasures in an attempt to "disrupt" and discredit dissident activity. In 1968 the FBI fabricated and distributed a letter to Oklahoma newspapers that was supposedly written by the parent of an Oklahoma State University (OSU) student. The letter complained about the "immoral character" and criminal activities of members of the Students for a Democratic Society at OSU and the University of Oklahoma (OU).

If dissident sentiment was slow to develop in Oklahoma during the 1960s, Vietnam War protests quickly reached their zenith during 1970. Pres. Richard Nixon's April 30, 1970, announcement of the war's escalation into neighboring Cambodia and the shooting deaths of four students by National Guard troops at Kent State University in Ohio led to a sharp increase in protest activity. On May 4 minor damage was reported at the University of Oklahoma Reserve Officers' Training Corps (ROTC) building on the Norman campus, and the Selective Service office in Norman was firebombed with little damage and no loss of records.

On May 6, 1970, a call for a general strike to support the antiwar movement at the University of Oklahoma brought out several hundred protesters, one of whom unfurled a Vietcong flag and was arrested under an Oklahoma state law forbidding the display of a procommunist flag. This incident led to an angry clash between students and "two busloads" of police and thirty-five Oklahoma Highway Patrol officers. Several protesters were injured in the demonstration, but only three were arrested. Almost two thousand students then gathered to march in a peaceful protest against the arrest of the flag-bearing student, and five hundred demonstrators occupied campus buildings and demanded changes from university administrators. Tempers flared and shoving matches ensued, but the OU student body voted 3,831 to 3,628 not to boycott classes. By the following week protests at the university were limited to students who carried picket signs outside of campus buildings and a few young men who burned their draft cards to protest the war. The University of Oklahoma later disciplined seven students for their activities during the demonstrations.

Other college campuses in Oklahoma witnessed similar incidents. Six hundred protesters at OSU in Stillwater tried to interfere with ROTC activities to show their opposition to the war, and about one hundred dissidents marched from Oklahoma City University to the city hall in Oklahoma City to demonstrate their dismay over the recent events at Kent State University and the Vietnam War in general. Elsewhere, two hundred students rallied against the war at Central State College (now University of Central Oklahoma) in Edmond, thirty students took part in a three-day hunger strike at Phillips University in Enid, and a teach-in against the war was held at the University of Tulsa.

On many campuses smaller groups of counterdemonstrators appeared. At OU they struck and spat at Vietnam War protestors, and at OSU they carried signs that supported the Vietnam War but also indicated sorrow at the tragic events at Kent State. By mid-May 1970 an uneasy calm returned to the state's campuses, and the heyday of the Vietnam War protest movement in Oklahoma was over. The United States withdrew the last American troops from Vietnam in March 1973.

The following (as per The Chicago Manual of Style, 17th edition) is the preferred citation for articles:
John W. Miller, “Vietnam War Protests,” The Encyclopedia of Oklahoma History and Culture, https://www.okhistory.org/publications/enc/entry?entry=VI005.