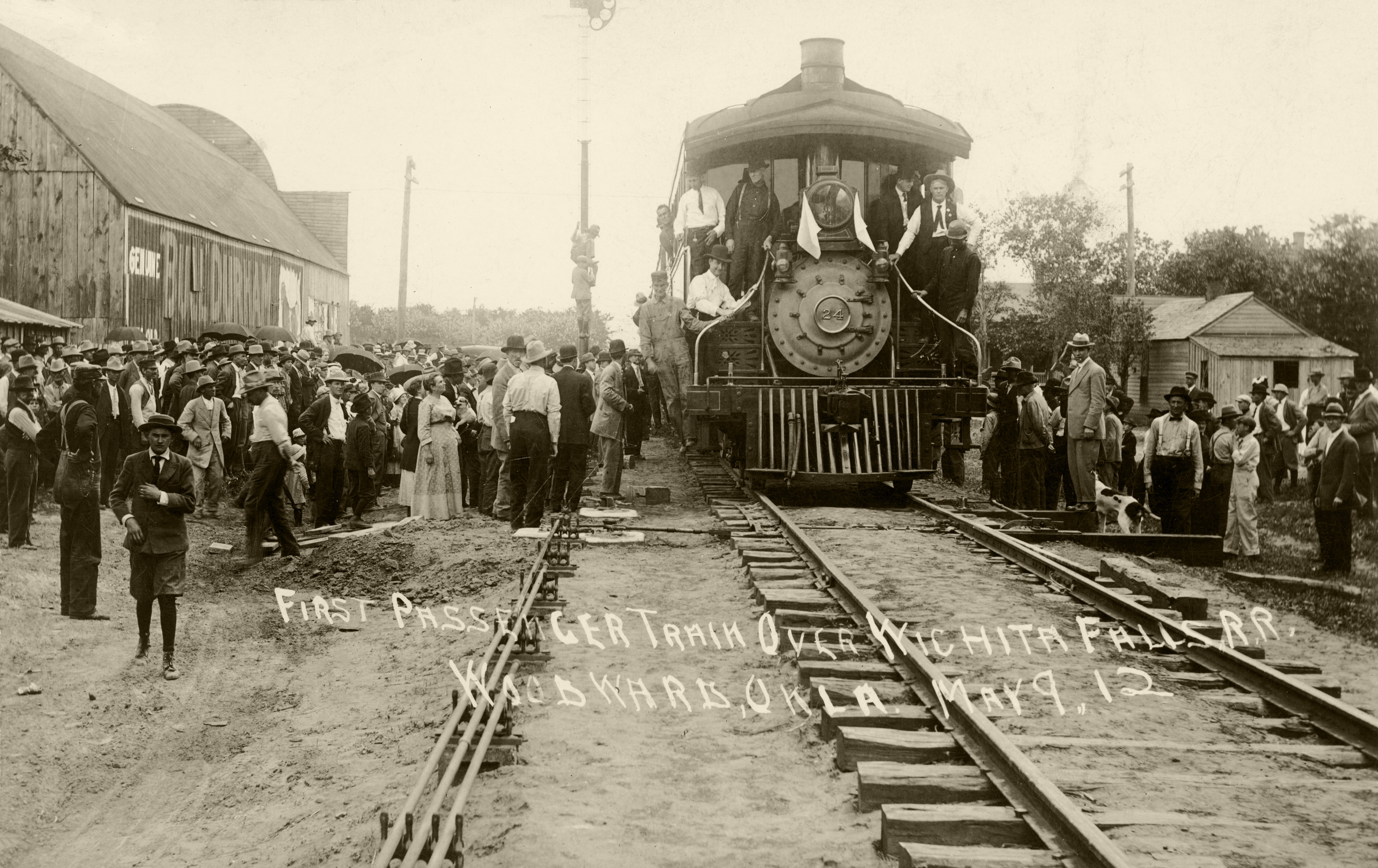 Located at the junctions of U.S. Highways 270 and 412 and State Highways 15 and 34, Woodward is the county seat of Woodward County. Woodward began in April 1887 when the Southern Kansas Railway (a subsidiary of the Atchison, Topeka and Santa Fe) built tracks to this point from Kiowa, Kansas.

The source of the town's name remains a mystery. It may have been named for Brinton W. Woodward, usually identified as a Santa Fe Railway director. Buffalo hunter, teamster, and eventually local saddlemaker Richard "Uncle Dick" Woodward is also a candidate.

Situated in the western quadrant of the Cherokee Outlet, the town began six years before the outlet's official opening to non-Indian settlers. It was needed as a provisioning point for Fort Supply, located twelve miles to the northwest. Woodward has been a trade center ever since. At the time of the Cherokee Outlet Opening on September 16, 1893, a surveying error caused the government town, its land office, and other public buildings to be located in the section west of the existing improvements, fifteen blocks away from the depot, post office, and stockyards.

Two towns resulted. East Woodward (called Denver) began near the improvements, Woodward near the land office. In October 1894 East Woodward businesses followed the depot as it was moved west and relocated between Fifth and Sixth streets. The land office, jail, and other government buildings were, in time, moved east toward the depot. The towns became one. The curve in the town's long Main Street at Eighth (originally Boundary) is the result of the joining.

Woodward remained one of the most extensive cattle shipping points in Oklahoma Territory. The Wichita Falls and Northwestern Railway (acquired by the Missouri, Kansas and Texas Railway) constructed a rail line through Woodward County and Woodward in 1911â12. Town leaders had made certain that market drives would not be fenced away from the stockyards. In keeping with the cattle marketing tradition, on February 23, 1933, the Woodward Livestock Auction opened, the state's first commercial-grade cattle auction.

When open range ended in 1901, homesteaders rushed in, and by late 1902 cow ponies tied to hitching posts no longer lined the sandy Main Street. They had been replaced by farmers' wagons, soon to be filled with crops for marketâcorn, cotton, or broomcornâwhich gave way to wheat as the cash crop by 1914. Woodward's population had grown to more than 2,000 people at 1907 statehood, reaching 2,696 in the 1920 census.

With beef cattle being replaced by the farmer's milk cow and progress measured in the number of acres broken by the plow, the U.S. Department of Agriculture established the Great Plains Field Station southwest of town in 1913. As beef cattle again dominated the land, and with re-grassing the new goal, in 1978 the facility was renamed the Southern Plains Range Research Station.

By 1930 Woodward's population had grown to 5,056. During the Great Depression local Works Progress Administration projects included the damming of an artesian well (a failed oil-well venture) to form Crystal Beach Lake and its adjacent park. The Woodward Crystal Beach Park was added to the National Register of Historic Places in 1988 (NR 88001359). This facility would become a playground for Woodward's trade area and home for the Elks Rodeo, which began in 1929 at an arena north of town. Organizers were some of the men who had ridden for the large cattle outfits of the 1890s. Woodward's population continued to grow during the depression years, reaching 5,406 in 1940.

Woodward's story forever changed the night of April 9, 1947, when a tornado ripped across the city shortly after 8:30 p.m. The storm moved from southwest to northeast, destroying two hundred city blocks, mostly residential areas, and killing more than one hundred people. History would now be measured as happening before or after the storm. Despite the tragedy, Woodward continued to grow, with the 1950 census showing a population of 5,915.

Various local attractions include Boiling Springs State Park, six miles to the northeast, and the Plains Indians and Pioneers Museum, in Woodward. The city maintains a city manager/commission type of government.

Richard Bedard, In the Shadow of the Tornado (Norman, Okla.: Gilco Publishing, 1996).

The following (as per The Chicago Manual of Style, 17th edition) is the preferred citation for articles:
Louise Boyd James, "Woodward," The Encyclopedia of Oklahoma History and Culture, https://www.okhistory.org/publications/enc/entry.php?entry=WO016.