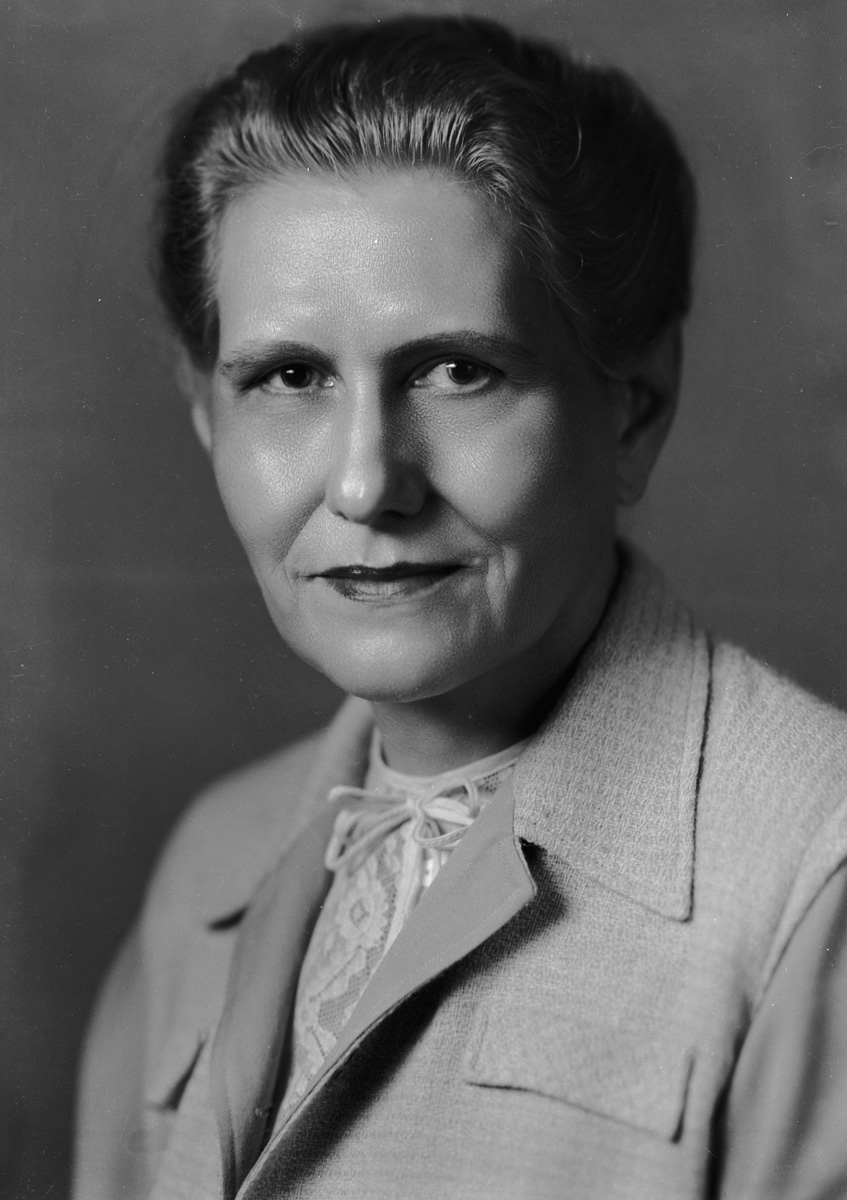 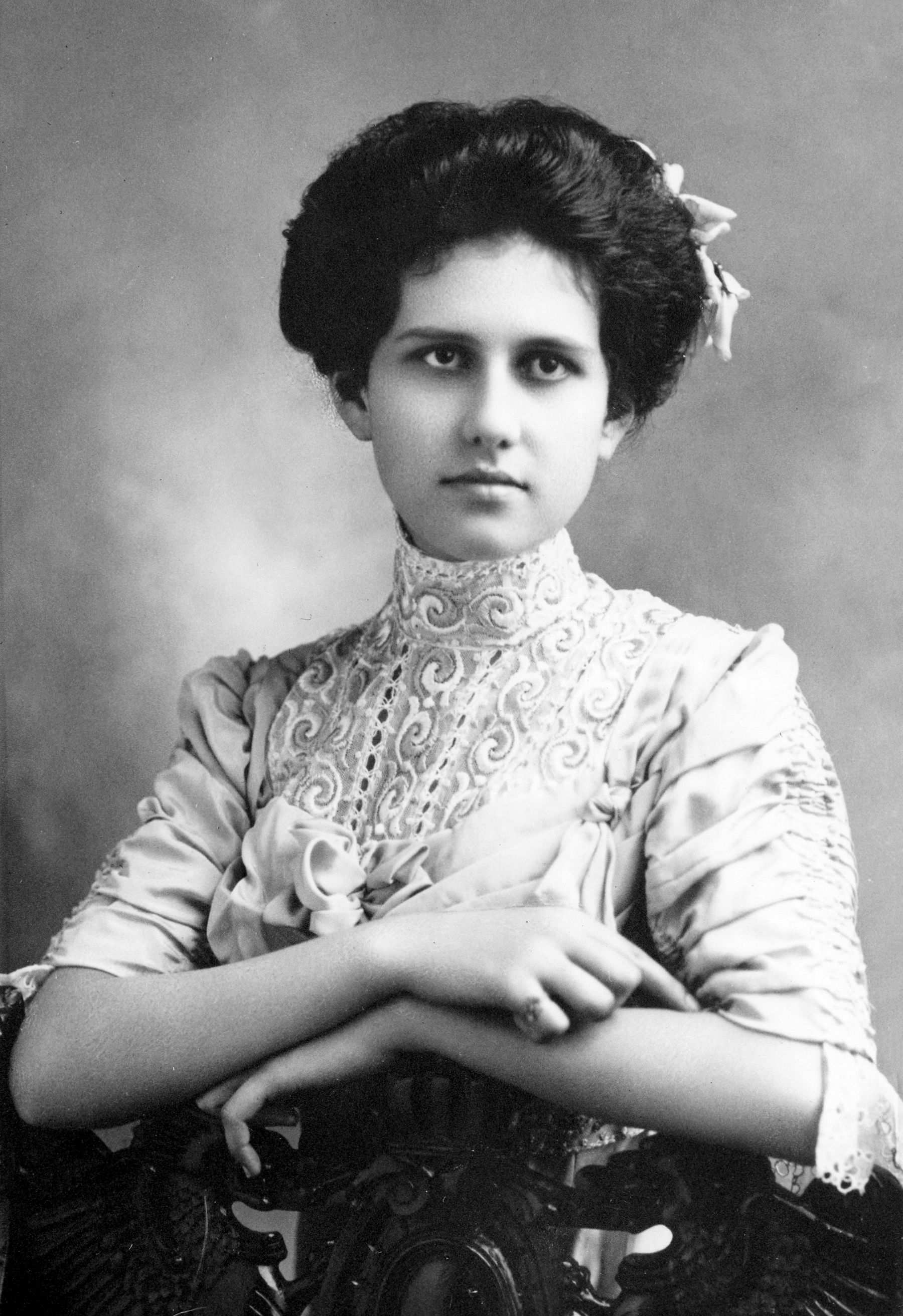 A teacher, a historian, and an editor, Muriel Hazel Wright was born on March 31, 1889, at Lehigh, Choctaw Nation, Indian Territory. Her mother, Ida Belle Richards, came to Indian Territory in 1887 as a Presbyterian missionary teacher. Her father, Dr. Eliphalet Nott (E. N.) Wright, a Choctaw and a graduate of Union College and Albany Medical College in New York, returned to the Choctaw Nation in 1895 to establish his private practice and serve as company physician for the Missouri-Pacific Coal Mines at Lehigh.

Preserving her biracial identity remained a concern throughout Muriel Wright's personal life and career. On both sides of the family she traced descent from passengers aboard the Mayflower in 1620 and the Anne in 1623. She held membership in the Daughters of the American Revolution and the Colonial Dames. Her paternal grandmother, Harriet Newell Mitchell Wright, a descendant of two Mayflower passengers, came from Dayton, Ohio, to the Choctaw Nation as a Presbyterian missionary teacher; in 1857 she married Rev. Allen Wright, principal chief of the Choctaw Nation from 1866 to 1870. In 1866 he suggested the name "Oklahoma" for the territory.

Muriel Wright attended Wheaton Seminary in Norton, Massachusetts. Returning to Lehigh in 1910, she completed a teacher education course at East Central Normal School in Ada in 1912, although she never received a degree. From 1912 to the mid-1920s she worked as principal and English and history instructor in various southeastern Oklahoma schools. In 1916–17 she attended Barnard College, at Columbia University, studying English and history.

Her interest in Choctaw history began as a hobby in 1914 when she met Joseph B. Thoburn, journalist and Oklahoma Historical Society board member. With his encouragement, Wright studied southeastern Oklahoma's geography, mapped the Choctaw Nation, and conducted fieldwork almost every year from 1922 to 1929. Thoburn and Wright collaborated on a four-volume work, Oklahoma: A History of the State and Its People (1929). In addition, she wrote three Oklahoma history textbooks for adoption in the public schools: The Story of Oklahoma (1929), Our Oklahoma (1939), and The Oklahoma History (1955).

An Oklahoma Historical Society member from 1922, Wright produced articles for The Chronicles of Oklahoma from 1923 to 1971. She emphasized topics such as Indian and military history, biographies of notable women, and historic preservation. From 1943, she performed all of the journal's editorial duties without the title, officially becoming editor in 1955. She produced more than one hundred issues, including in them sixty-six of her own articles. She used her position and influence to shape the historiography of Indian tribes in Oklahoma.

Wright's A Guide to the Indian Tribes of Oklahoma (1951) remains a standard reference for studying the state's American Indian people. Surveying each of the sixty-seven tribes then living in Oklahoma, she discussed each tribe's location, number of members, history, government and organization, contemporary life and culture, and ceremonials and public dances. She selected themes common to the tribes, such as their removal experiences and their adaptations to changes in Indian Territory.

During the 1950s she and her historical society colleagues launched a marker program in order to promote a new awareness of history across the state. George H. Shirk chaired the Oklahoma Historic Sites Committee, and Wright conducted most of the research for the markers' inscriptions. She drafted an initial list of 512 historic sites, and in 1958 the completed list, published in The Chronicles of Oklahoma, contained 557 historic sites. In 1958 the two scholars compiled and edited Mark of Heritage: Oklahoma Historical Markers, focusing on 131 sites. Wright collaborated in 1966 with LeRoy H. Fischer on "Civil War Sites in Oklahoma," identifying each site location and describing its historical significance. Rounding out the effort to educate citizens on local history, she conducted OHS–sponsored public tours of historic sites.

The following (as per The Chicago Manual of Style, 17th edition) is the preferred citation for articles:
Patricia Loughlin, “Wright, Muriel Hazel,” The Encyclopedia of Oklahoma History and Culture, https://www.okhistory.org/publications/enc/entry.php?entry=WR005.