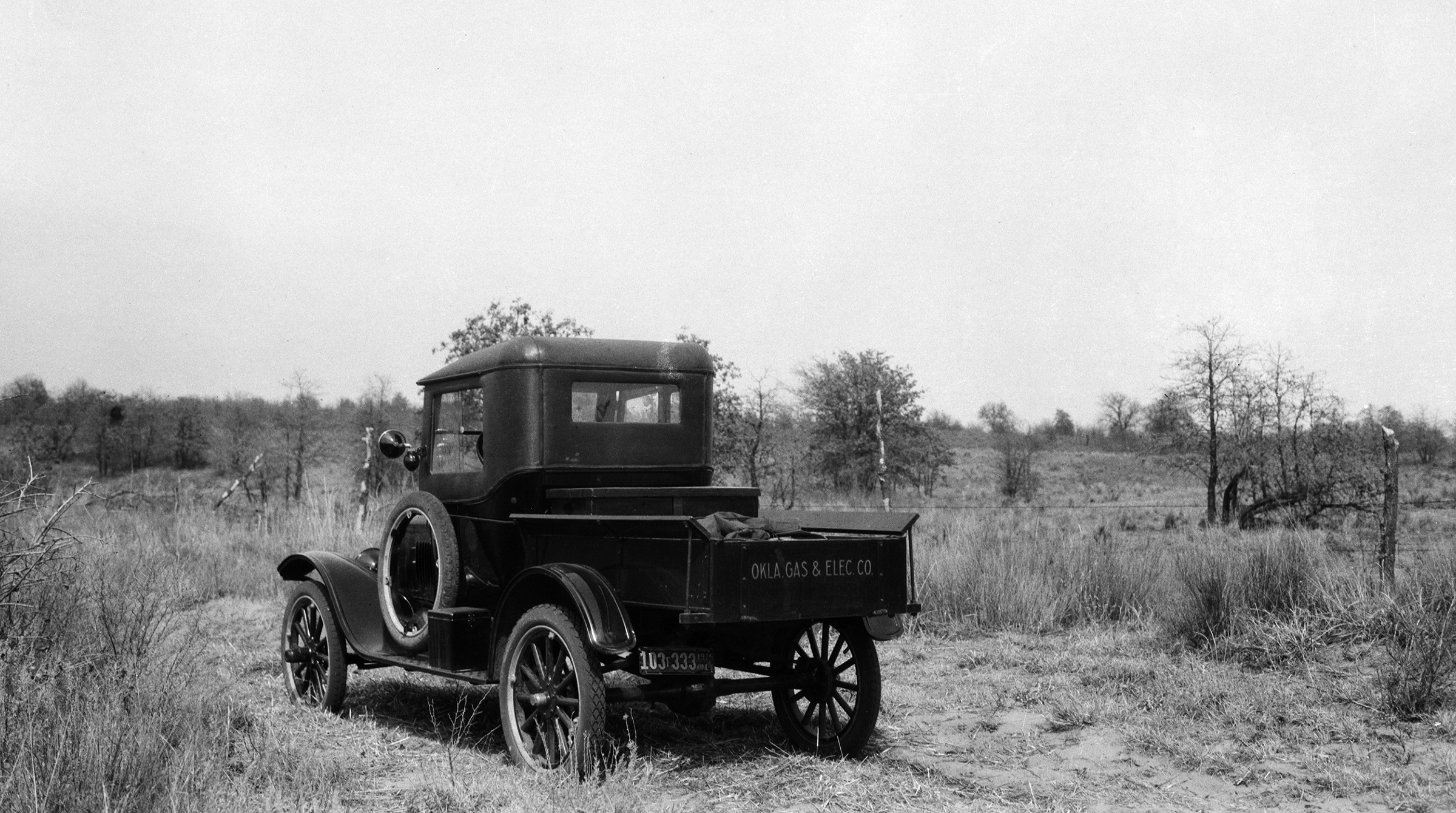 On February 27, 1902, Edward H. Cooke filed incorporation papers for Oklahoma Gas and Electric Company (OG&E). George H. Wheeler served as the company's first president. Headquartered in Oklahoma City, the public utility firm has provided electricity for more than one hundred years. From serving only Oklahoma City, the company grew to serve twenty-seven towns in 1921 and eighty-eight in 1924. Expansion occurred through the acquisition of other power companies such as El Reno Gas and Electric Company in 1910 and the Western Light and Power Company in northwestern Oklahoma in 1936.

In 1927 OG&E began to erect a twelve-story headquarters building in Oklahoma City. In 1928 the company purchased the Belle Isle amusement park in north Oklahoma City, built Belle Isle Station power plant there, purchased the Mississippi Valley Power Company, and expanded its service into western Arkansas. In 1949 the firm built the nation's first gas/steam turbine to generate electricity at the Belle Isle Station, which was retired in 1981. In order to broaden public awareness about electrical conveniences and to increase the need for electrical service, OG&E sold electric appliances from retail stores between 1925 and 1930. However, in 1930 the Oklahoma Legislature passed laws prohibiting such sales.

When OG&E commemorated its fiftieth anniversary in 1952, it had 280,000 customers. It provided retail electric service to 228 communities and wholesale service to thirteen communities and thirteen electric cooperatives in Oklahoma and western Arkansas. In 1986 the company acquired Enogex, a natural gas pipeline and energy marketing company. In 1997 OGE Energy became the holding company of OG&E and Enogex and employed approximately three thousand. At the turn of the twenty-first century OG&E had nine active generating plants and 735,000 customers in Oklahoma and parts of western Arkansas. The generating plants were located at Muskogee, Woodward, Enid, Mustang, Seminole, McClain (County), Horseshoe Lake (Harrah), Sooner (Noble County), and Conoco (Kay County).

George Steinmeyer, "A History of the Oklahoma Gas and Electric Company to the Year 1904," The Chronicles of Oklahoma 51 (Summer 1973).

George Steinmeyer, "A History of the Oklahoma Gas and Electric Company to the Year 1912" (M.A. thesis, University of Oklahoma, 1961).

The following (as per The Chicago Manual of Style, 17th edition) is the preferred citation for articles:
Linda D. Wilson, “Oklahoma Gas and Electric Company,” The Encyclopedia of Oklahoma History and Culture, https://www.okhistory.org/publications/enc/entry?entry=OK051.