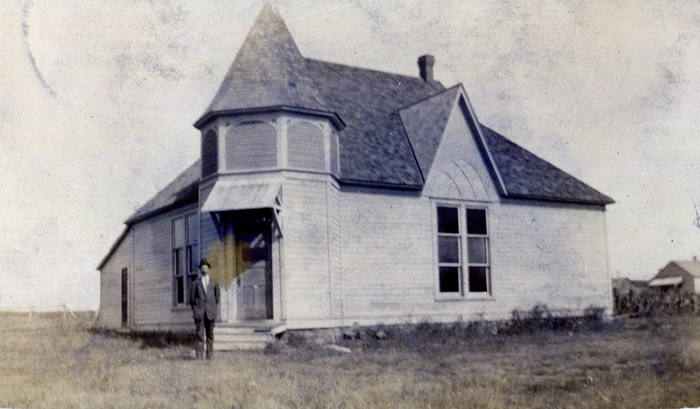 Located in Lincoln County, Agra is situated on State Highway 18, fourteen miles north of Chandler, the county seat. A post office opened on December 20, 1902, and Isaac C. Pierce served as postmaster. Between 1902 and 1904 the Missouri, Kansas and Oklahoma Railroad (later the Missouri, Kansas and Texas Railway) completed a line from Oklahoma City to Parsons, Kansas. Frank Wheeler and Sam Holder sold their farms to form the townsite along the railroad. Soon the American Land Loan and Trust Company sold lots. The townsite developer coined the town's name from the word agriculture. John Olmstead opened the first drug store, and Mark Crane owned the first general store. School classes were held in churches until the first schoolhouse was built in 1905. By 1918 the town supported the Commercial Hotel, the Bank of Agra, and a cotton gin. Early-day newspapers included the Agra News and the Queen City Times. During the 1920s drilling for oil and gas was accomplished nearby. By 1932 Agra boasted two cotton gins.

The following (as per The Chicago Manual of Style, 17th edition) is the preferred citation for articles:
Linda D. Wilson, “Agra,” The Encyclopedia of Oklahoma History and Culture, https://www.okhistory.org/publications/enc/entry.php?entry=AG001.