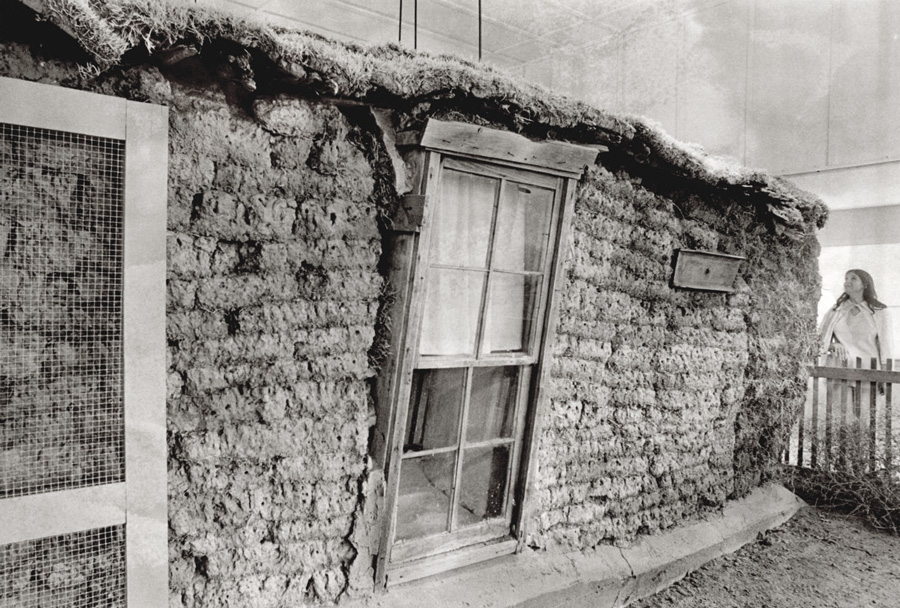 A rural town in southwestern Alfalfa County, Aline is situated approximately nineteen miles south of Cherokee, the county seat, on State Highway 8B, two miles west of its intersection with State Highway 8. The community also lies thirty-three miles from Enid, the closest city. The surrounding area lay in Woods County but became part of Alfalfa County at 1907 statehood.

Aline emerged after the opening of the Cherokee Outlet to non-Indian settlement in September 1893. A post office existed from April 1894 on the farm of Ezra E. Hartshorn, south of present Aline; the designation was made for his daughter's name, Mabel Aline. His wife, Jennie B. Hartshorn, was the first postmaster. The post office was moved to the town's present site in 1898 to S. A. Austin's general merchandise store. Soon afterward, Aline was created near Eagle Chief Creek. By July 1901 the town was on the proposed route of the Choctaw Northern Railroad (later the Chicago, Rock Island and Pacific, CRI&P, line), constructed south to north through the county and operating at Aline in mid-August. The community quickly gained eight stores, two hotels, three grain elevators, a bank, and the Chronoscope newspaper, which published for most of the century. In autumn 1901 fifty-five carloads of wheat were shipped on the railroad. The Aline Townsite Company, Ezra E. Hartshorn, president and by that time a former territorial legislator, developed the town. By the end of 1903 the Kansas City, Mexico and Orient Railroad (later owned by the Atchison, Topeka and Santa Fe system) also served north-central Oklahoma, and Aline lay on its route from Kansas to Fairview.

By 1910 the shipping point's 303 inhabitants patronized two banks, six stores of various kinds, and the usual service providers such as a shoemaker, a barber, and a milliner. Three grain elevators, a grain dealer, and a cotton gin served farmers. A bottling works operated. C. E. Watkins and Son manufactured steel grain bins and water tanks. The Aline Review published briefly during the 1920s. A school and two churches operated.

Outside of town, wheat farming predominated in Aline Township. However, farmers in southern Alfalfa County attempted to grow cotton during the first decade of the century, and a consortium of owners called United Industries operated a cotton gin, a flouring mill, and an alfalfa mill. Cotton became important again in the 1930s when the price of wheat declined.

Agriculture and livestock raising remained the local area's economic mainstay throughout the twentieth century. In 1958 the CRI&P abandoned its line, and in 1991 the Santa Fe sold its line to the Texas & Oklahoma Railroad Company, which no longer operates. In the mid-1950s Aline's residents still supported a Farmers' Union Co-Op Exchange, a produce and feed store, a grocery, a restaurant, and a lumberyard. In 2000 Aline-Cleo consolidated school district served 178 students from grades prekindergarten through twelve.

The Homesteader's Original Sod House Museum is located southeast of town. The Aline IOOF (Odd Fellows) Lodge building is listed in the National Register of Historic Places (NR 84002941). Aline finished the twentieth century with a recorded population of 214 and in 2010 had 207 residents.

The following (as per The Chicago Manual of Style, 17th edition) is the preferred citation for articles:
Dianna Everett, “Aline,” The Encyclopedia of Oklahoma History and Culture, https://www.okhistory.org/publications/enc/entry.php?entry=AL008.