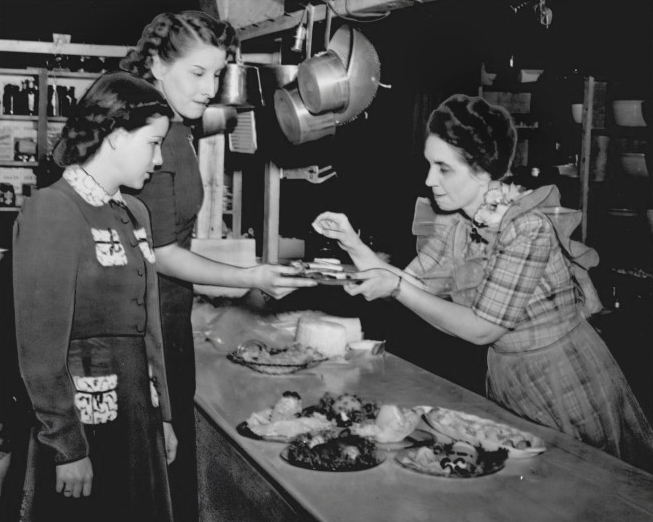 Edna Vance, popularly known as "Aunt Susan," worked as a food columnist for the Daily Oklahoman and had a cooking advice program on WKY radio. One of five children of Asa Jasper and Annice Russell Vance, Edna Vance was born on March 24, 1893, in Missouri. At the turn of the twentieth century the family moved to the outskirts of Oklahoma City where her father grew vegetables and trucked them into the city.

After graduating from high school, Vance furthered her education at Oklahoma A&M College (now Oklahoma State University) where she majored in home economics. Because of financial problems she left college and took a teaching position at Yale, Oklahoma. In 1920 Vance married Martin Adams, a garage owner; he died circa 1933.

Edna Adams started working at the Daily Oklahoman as a food columnist after Susan Abercrombie, also known as "Aunt Susan," retired. From 1928 until August 1943 Adams, as "Aunt Susan," gave Oklahoma women recipes and cooking advice printed in a daily column in the Daily Oklahoman. In the 1930s she hosted a radio program five days a week on WKY. Oklahoma women looked forward to an annual week-long cooking affair that Adams held at the Oklahoma City Coliseum and other venues for eleven years. Participants received a souvenir booklet of recipes. Her work took her to national and international destinations to visit celebrated chefs. To widen her horizon she moved to New York where she became food editor for McCall's magazine. In 1947 Edna Mueller went to work for General Mills and its "Betty Crocker Magazine of the Air." Eventually, she and her husband Harold L. Mueller, whom she had married in 1943 and who was an associate editor for the Daily Oklahoman and the Oklahoma City Times, produced radio and television programs.

In 1951 Edna Mueller published her one cookbook, entitled Aunt Susan's How-to-Cook Book. In addition to the hundreds of recipes printed in the Daily Oklahoman, she is credited with the recipe for Aunt Bill's Brown Candy, a traditional winter holiday treat. Mueller was a member of the Christian Science Church. She joined professional organizations such as the American Home Economics Association, Home Economics in Business, and the Advertising Women of New York. Later in life she moved from New York City to Colorado to be close to a nephew. She died in Evergreen, Colorado, on September 27, 1972.

Lyle H. Boren and Dale Boren, Who is Who in Oklahoma(Guthrie, Okla.: Cooperative Publishing Co., 1935).

The following (as per The Chicago Manual of Style, 17th edition) is the preferred citation for articles:
Linda D. Wilson, “Aunt Susan (Mueller, Edna Vance Adams),” The Encyclopedia of Oklahoma History and Culture, https://www.okhistory.org/publications/enc/entry.php?entry=AU006.