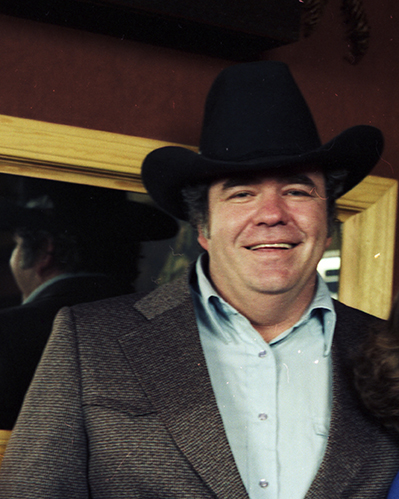 He attended Oklahoma State University but left early to join the U.S. Navy and pursue a musical career. In 1961 he began writing "folk" music and often performing. The Kingston Trio recorded his song "Greenback Dollar" in 1963. He was known for writing different kinds of music, from rhythm and blues to rock. The 1970s heavy-metal group Steppenwolf recorded several of his songs. In 1971 he penned his most recognized tune, "Joy to the World," a Number One hit recorded by Three Dog Night. Other hits written by Axton include "Never Been to Spain" and "Boney Fingers."

Axton's acting career began with a small part on the Bonanza television series in 1965. He later had major roles in The Black Stallion and Gremlins. His distinctive voice graced television commercials for Busch Beer, McDonald's, and others. After suffering a disabling stroke in 1995, Axton died in Victor, Montana, on October 26, 1999.

The following (as per The Chicago Manual of Style, 17th edition) is the preferred citation for articles:
Bob Burke, “Axton, Hoyt Wayne,” The Encyclopedia of Oklahoma History and Culture, https://www.okhistory.org/publications/enc/entry.php?entry=AX001.