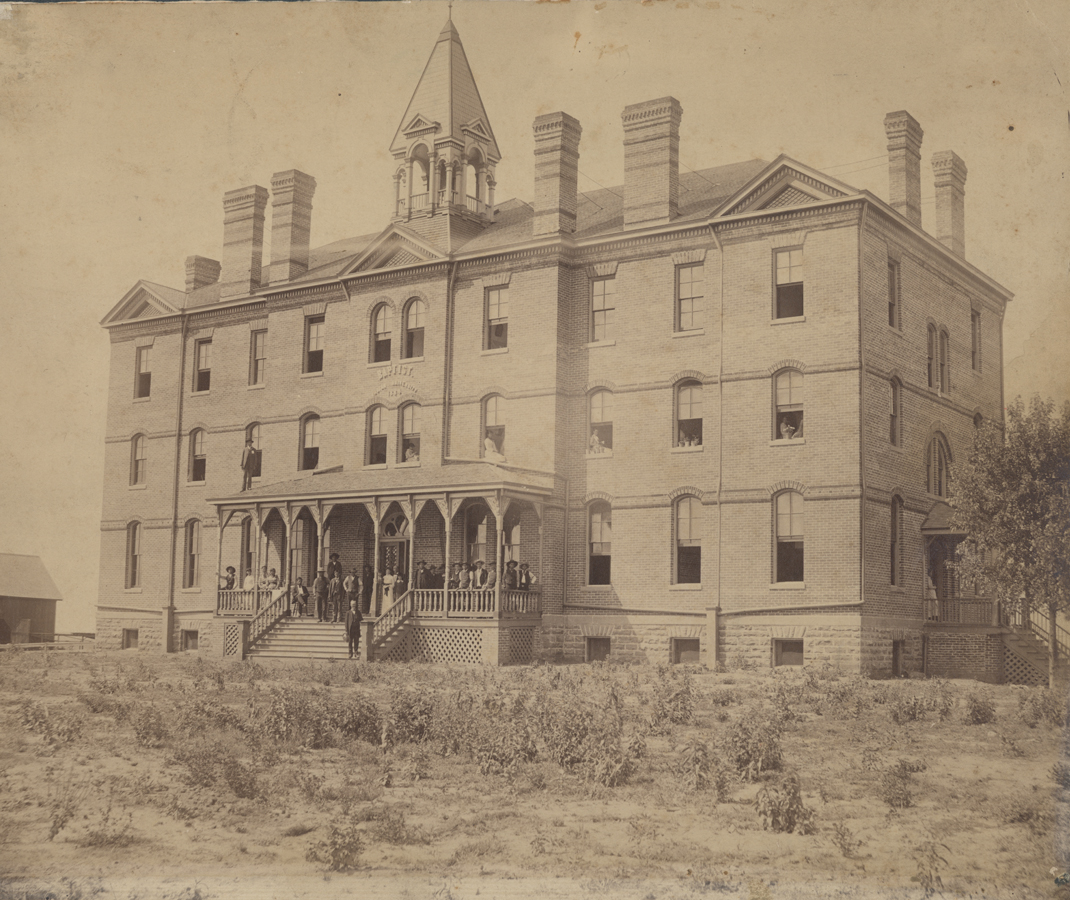 An educator, Almon Clematus Bacone was born on April 25, 1830, in Scott, Cortland County, New York. At age fifteen he worked in a tailor's shop and attended an academy in nearby Homer. Graduating with a master's degree from the University of Rochester in 1858, he taught in New York, New Jersey, Ohio, and Michigan.

In 1878 Bacone arrived in Tahlequah, Indian Territory (I.T.), to direct the Cherokee Male Seminary. Soon he consulted with missionaries about founding an American Indian college with the objective of training individuals for religious work. In 1880 the Baptist Academy, later called Indian University, began in a small room of the Baptist mission house with three students and Bacone as sole faculty member and first president.

The American Baptist Home Mission Society partially supported the institution. Encouraged with the school's initial success, Bacone believed that it was important to extend the educational possibilities to all members of the Five Tribes and to have a more central location, preferably Muskogee in the Creek Nation. In 1881 the Creek Tribal Council gave 160 acres near Muskogee as the permanent site for the school.

In 1882 Bacone traveled to the East on business and returned with a wife, the former Harriet L. Tripp. They had two children, Mabel and Arthur. Harriet Bacone taught at the school. She also functioned as assistant postmaster at Bacone, I.T.

On a fund-raising trip in 1884 Almon Bacone visited Cleveland, Ohio. The Euclid Avenue Baptist Church, which he had attended years earlier, made a generous donation to the school. Soon afterward, Laura Spelman Rockefeller, who had been Bacone's colleague in Cleveland, persuaded her husband, John D. Rockefeller, to make a ten-thousand-dollar contribution. The first building, known as Rockefeller Hall, was completed on the new campus in Muskogee in 1885. Students and faculty boarded wagons and drove from Tahlequah to the new school, calling their move the "Great Removal."

Bacone remained as president until his death on April 22, 1896. He was buried in a cemetery near the school. In 1910 Indian University was renamed Bacone College in his honor.

The following (as per The Chicago Manual of Style, 17th edition) is the preferred citation for articles:
Carolyn G. Hanneman, “Bacone, Almon Clematus,” The Encyclopedia of Oklahoma History and Culture, https://www.okhistory.org/publications/enc/entry.php?entry=BA006.