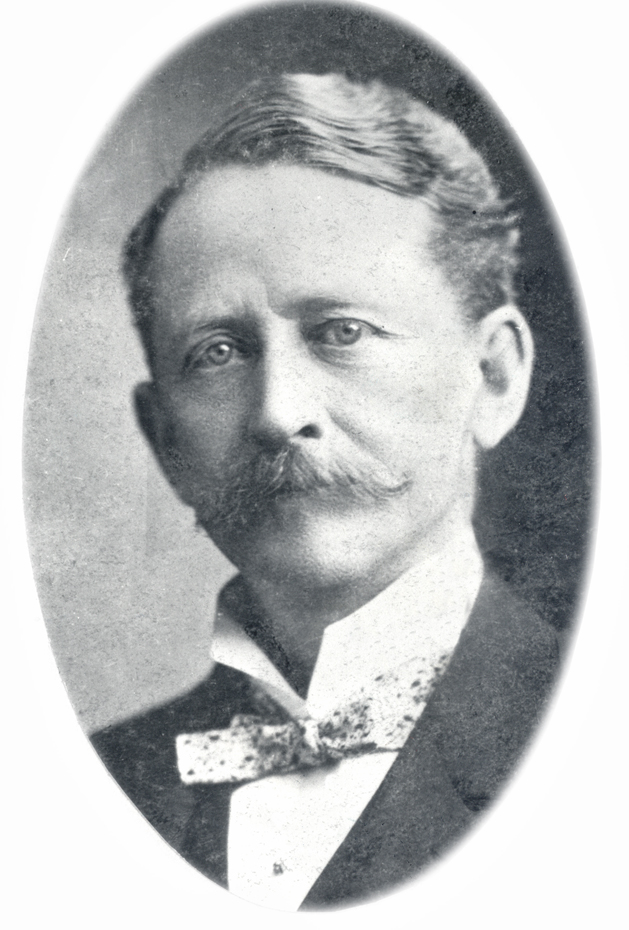 A governor of Oklahoma Territory, Cassius M. Barnes, eldest son of Henry and Samantha Barnes, was born in Livingston County, New York, on August 25, 1845. In his youth he moved with his family to Michigan, and he grew up on a farm near Albion, in Calhoun County. As a boy Barnes learned telegraphy and worked for Western Union. He was employed in Kansas when the Civil War erupted, and he immediately joined the U.S. Army and served in the Military Telegraph Corps throughout the war. At war's end he was stationed in Arkansas and was mustered out in 1866.

After going into business in Little Rock, in 1884 he married Mary Elizabeth Bartlett, daughter of a Little Rock judge. Barnes became active in Republican politics, serving three terms as Little Rock city clerk and in several federal positions. He served as U.S. marshal for the Western District of Arkansas from 1879 to 1889.

In 1889 Barnes came to Oklahoma Territory as receiver for the U.S. Land Office in Guthrie, preparatory to the Land Run of 1889. He kept his office until the 1893 election of Pres. Grover Cleveland's Democratic administration resulted in the ouster of the territory's Republican officeholders. In 1894 Barnes successfully ran for the Oklahoma Territorial House of Representatives; he served two terms and was selected speaker. As a member of the Republican National Committee he worked diligently for his party and was rewarded for his efforts by Pres. William McKinley, who named him to the Oklahoma Territory governorship in 1897.

Barnes's tenure as governor was marked by political infighting among Republicans over political patronage and by controversy between Republicans, Democrats, and others over statehood. Some favored statehood for Oklahoma Territory, separately from Indian Territory; others favored fusion into one single state. Barnes's programs became a political football in the contest for statehood. These controversies complicated his efforts enact programs for educational funding and for the geographical placement of five major social-service institutions–a home for the deaf and mute, a mental hospital, a penitentiary, and two industrial schools. Rather than building state-owned facilities that would have to be maintained with tax money, he resolved the social-service issue by contracting with private companies to provide school textbooks, care for the deaf and the insane, and house convicted criminals.

Barnes remained in Guthrie, practicing law and politics. He served as the city's mayor from 1903 to 1905 and from 1907 to 1909. After becoming a widower in 1908, he remarried and moved to Kansas and then to New Mexico, and he died there on February 18, 1925. Barnes's contributions to Oklahoma Territory's growth and progress lay primarily in the field of social services, in which he proved his commitment to education and to the welfare of the less fortunate.

The following (as per The Chicago Manual of Style, 17th edition) is the preferred citation for articles:
Dianna Everett, “Barnes, Cassius McDonald,” The Encyclopedia of Oklahoma History and Culture, https://www.okhistory.org/publications/enc/entry.php?entry=BA021.