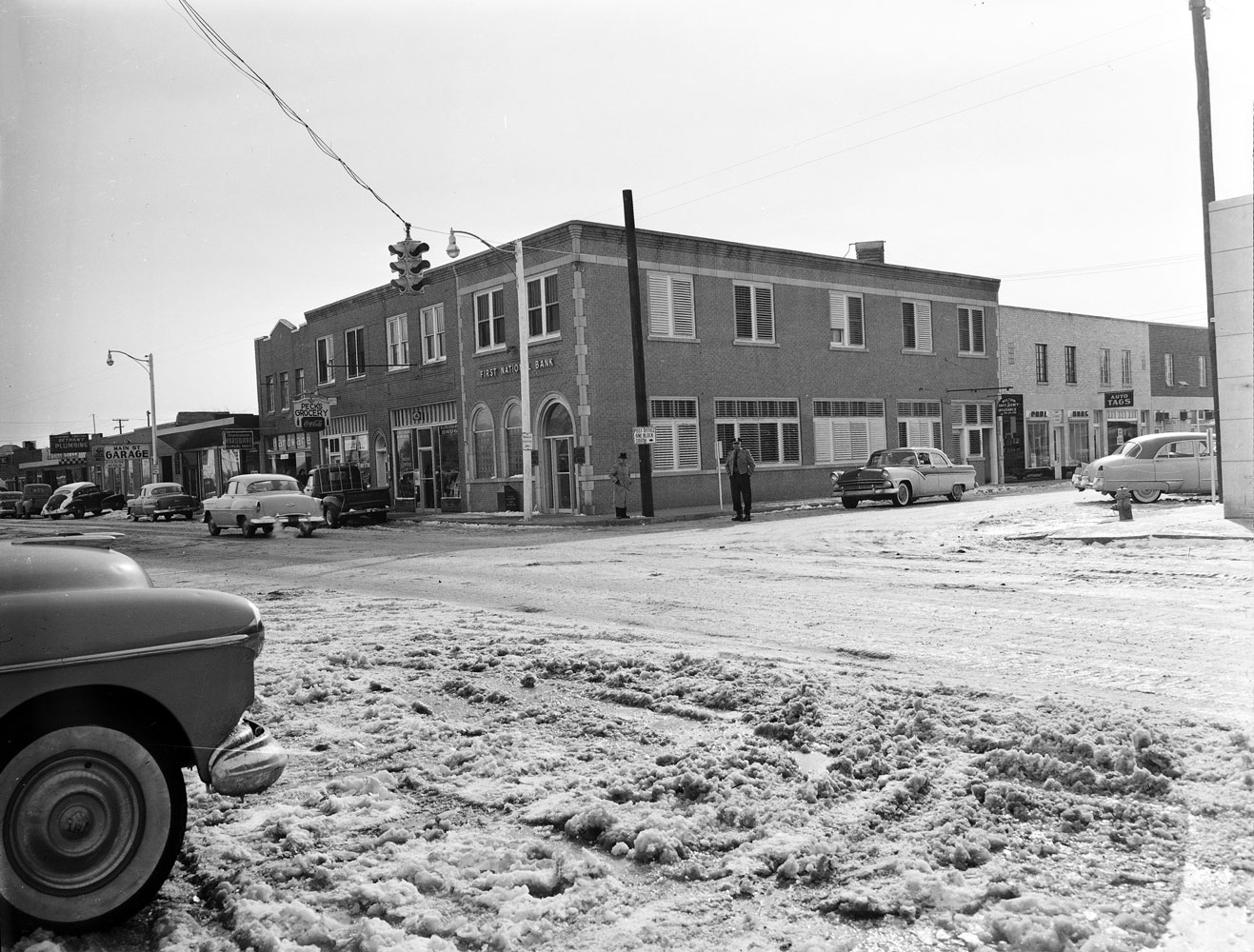 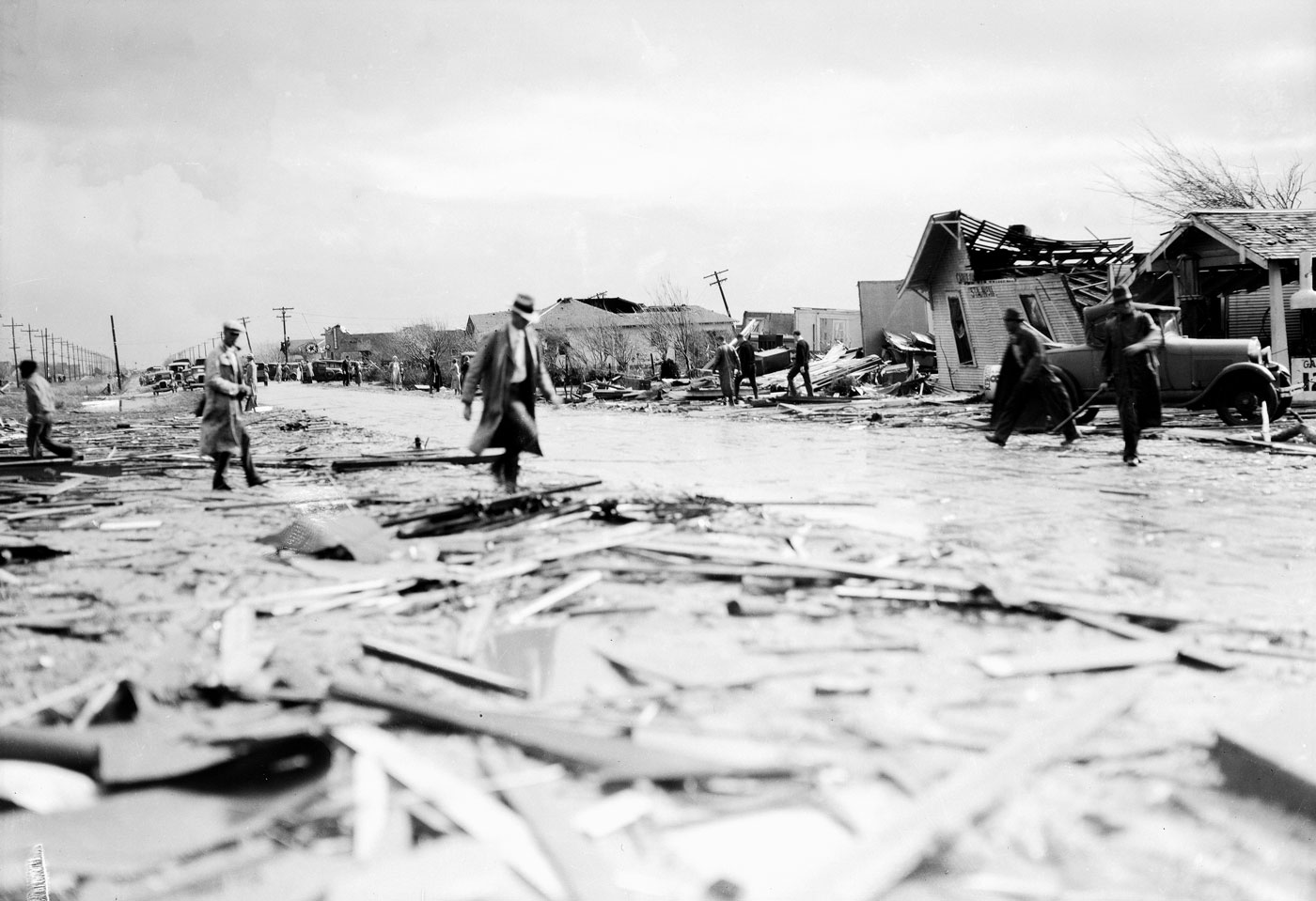 The Thirty-ninth Street Expressway, a part of Historic Route 66, runs through downtown Bethany. Located in central Oklahoma County, Bethany lies approximately ten miles west of Oklahoma City. Bounded to the east by Warr Acres and to the west by Lake Overholser and Stinchcomb Wildlife Refuge, Bethany became a rest stop for travelers.

Established on July 28, 1909, by cofounder Rev. C. B. Jernigan, Bethany prospered as the new home for Oklahoma Holiness College (now Southern Nazarene University, or SNU). Bethany's pioneers envisioned a community in which they could express their religious beliefs without outside interference. They named it after the biblical community adjoining Jerusalem. Pentecostal Church of the Nazarene members moved from Beulah Heights in northwest Oklahoma City to Bethany by following the El Reno interurban. The Bethany area originally constituted a grove of blackjack filled with underbrush once known as Council Grove, the seat of war council meetings of American Indians in the Indian Territory. In addition to the college, two other institutions were soon established, the Oklahoma Orphanage (now the Children's Center, a medical facility), operated by Mattie Mallory, and the Nazarene Rescue Home for unwed mothers.

Incorporated on August 8, 1910, Bethany continued as a small, rural town dependent upon support from surrounding farmlands. The community received a postal designation on March 11, 1913. The Bethany Tribune newspaper (originally the Bethany Messenger) began publication in 1923. Inevitably, due to Bethany's Nazarene beginnings, the local government enacted blue laws that banned alcohol, tobacco, gambling, dancing, movies, swearing, and working on Sundays. With a population of 2,032 in 1930, Bethany organized as a city of the first class in 1931, and since that time the blue laws have been relaxed. The community was almost obliterated on November 19, 1930, when a tornado killed twenty-three residents and destroyed 652 buildings, leaving hundreds homeless and unemployed.

Recovery was slow, but with the advent of World War II the town developed into an Oklahoma City residential suburb. The largest employers in the Bethany area include SNU, Southwestern Christian University, and Wiley Post Airport as well as Deaconess Hospital at Bethany, the Children's Center, and Bethany public schools. Since 1975 Bethany has been the headquarters for the International Pentecostal Holiness Church. Wiley Post Airport serves business and corporate travelers and offers an industrial park for approximately fifty aviation businesses. Rockwell International (an aircraft manufacturer), Million Air, Servicenter Incorporated, and the Federal Aviation Administration Systems Management Office are located there. In 2004 Bethany became headquarters for the National Pinto Horse Association.

The town's population increased from 485 in 1920 to 2,590 in 1940, 5,705 in 1950, 12,342 in 1960, 20,075 in 1990, and 20,307 in 2000. In 2010 Bethany had 19,051 residents. The town was served by a home rule charter form of town government. Citizens elected a mayor and eight city council members. The council appointed the city manager, city attorney, and municipal judge. Bethany maintained its heritage and small-town characteristics of downtown streets lined with antique shops and bed-and-breakfast inns. The community had two independent school districts, twenty-five churches, and sixteen parks. Eldon Lyon Park provided the Oklahoma City metropolitan area with the Bethany Family Fun Festival, an all-day event, and fireworks each Fourth of July. Bethany has hosted an annual Balloon Fest, and the Children's Center has attracted crowds with the Christmas Wonderland Festival of Lights. Astronaut Shannon Lucid and baseball player Allie Reynolds hail from Bethany.

Charles Edwin Jones, "Miss Mallory's Children: The Oklahoma Orphanage and the Founding of Bethany," The Chronicles of Oklahoma 71 (Winter 1993–94).

The following (as per The Chicago Manual of Style, 17th edition) is the preferred citation for articles:
Tally D. Fugate, “Bethany,” The Encyclopedia of Oklahoma History and Culture, https://www.okhistory.org/publications/enc/entry.php?entry=BE026.