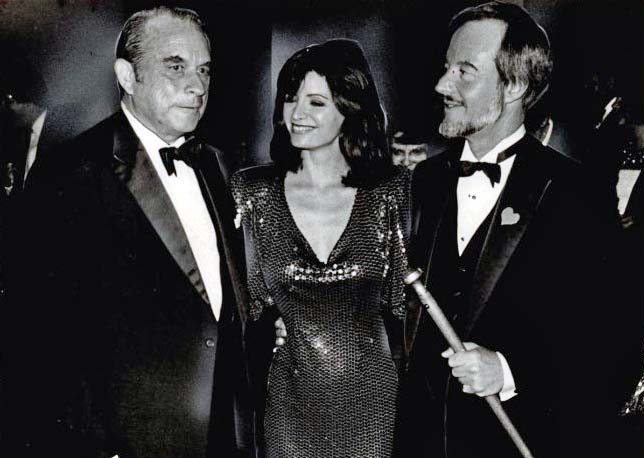 Jay Bernstein attended Oklahoma City's Casady High School with Oscar-winning producer Gray Frederickson and Tony-winning Broadway producer Max Weitzenhoffer. In 1955, when Bernstein graduated from Casady, he enrolled at Pomona College in California, where he graduated with a degree in history. At the age of twenty-two he relocated to Los Angeles to begin a career in the entertainment industry. He was fired from his first job at the William Morris Agency mail room. He then joined Rogers, Cowan and Brenner, a talent publicity agency that shortly became Rogers and Cowan. There he worked in the television division, promoting shows, before he moved up to the personality department. In this capacity Bernstein worked with the "Rat Pack," Frank Sinatra, Dean Martin, Sammy Davis, Jr., Peter Lawford, and Joey Bishop, on the set for the movie Sergeants 3. That began a long association between Bernstein and Davis.

In 1962 Bernstein created Jay Bernstein Public Relations. Through his company Bernstein represented some of the biggest stars in entertainment, including Sammy Davis, Jr., James Garner, Faye Dunaway, William Shatner, and Tom Jones. Known for his publicity stunts, Bernstein worked hard at keeping his clients in the news. He paid women to throw hotel room keys on the stage during Tom Jones concerts; he insured Mary Hart's legs for $2 million; and he produced the famous Farrah Fawcett posters in the mid-1970s. Bernstein may be best-known for molding the careers of Farrah Fawcett, Suzanne Somers, and Linda Evans. These and other clients' successful career arcs earned Bernstein the nickname "starmaker." In 1975, as he began personally managing celebrities, he began to phase out of the publicity business. Another Oklahoma City native, Stan Rosenfield, who had worked for the agency then opened his own highly successful publicity company.

In 1979 Bernstein expanded into producing, mainly for television. He gained production credits on several Mike Hammer movies and the television series and the Houston Knights series among others. Through his long career in Hollywood he earned a reputation as a tough negotiator. Entertainment professionals also knew that he always carried one of his nearly one thousand walking canes and usually a loaded pistol. In 1992 he married Cabrina Finn in an underwater ceremony funded by the television show Lifestyles of the Rich and Famous. The union with the model lasted two years before they divorced. Jay Bernstein died after a massive stroke on April 30, 2006.

Jay Bernstein, with Larry Cortez Hamm and David Rubin, Starmaker: Life as a Hollywood Publicist with Farrah, The Rat Pack and 600 More Stars who Fired Me (Toronto, Canada: ECW Press, 2011).

The following (as per The Chicago Manual of Style, 17th edition) is the preferred citation for articles:
Larry O'Dell, “Bernstein, Jay Lee,” The Encyclopedia of Oklahoma History and Culture, https://www.okhistory.org/publications/enc/entry?entry=BE031.