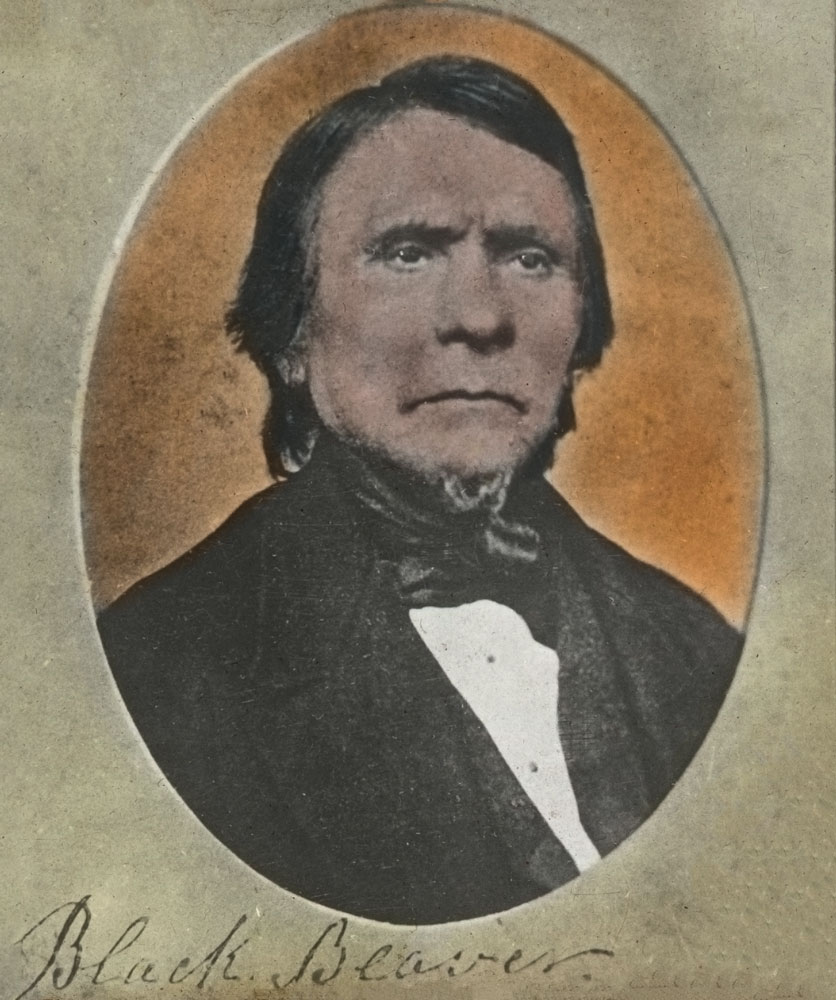 Black Beaver (Suck-tum-mah-kway), a Delaware Indian scout, interpreter, and chief, was born in 1806 at the present location of Belleville, Illinois. A onetime employee of the American Fur Company, he reportedly reached the Pacific Ocean on seven occasions and spoke English, French, Spanish, and eight Indian languages. He accompanied the Dodge-Leavenworth Expedition of 1834 and served in the U.S. Army during the Mexican War as a captain of Indian volunteers.

In 1849 Black Beaver led Capt. Randolph B. Marcy and California-bound emigrants westward from near Edwards's Post in Indian Territory to Santa Fe via the California Road. Black Beaver subsequently occupied Camp Arbuckle, and he became chief of a Delaware settlement called Beaversville. First Lt. Amiel Weeks Whipple visited him there in 1853, but Black Beaver refused to guide Whipple's railroad survey across the Southwest.

Prior to the Civil War Black Beaver settled in the Leased District, built a home, and farmed in present Caddo County. Once the war began, he escorted Col. William H. Emory's Federal troops from Fort Cobb to Kansas in April 1861. Confederates destroyed Black Beaver's property in retaliation.

Black Beaver witnessed the Medicine Lodge treaty negotiations in 1867 and attended intertribal councils throughout the 1870s. He had three, perhaps four, wives and four daughters. Black Beaver became a Baptist minister after converting to Christianity in 1876. He died May 8, 1880, and was buried near Anadarko. Although his remains were reinterred at Fort Sill in 1975, Black Beaver's original grave site is listed in the National Register of Historic Places (NR 73002256).

The following (as per The Chicago Manual of Style, 17th edition) is the preferred citation for articles:
Jon D. May, “Black Beaver,” The Encyclopedia of Oklahoma History and Culture, https://www.okhistory.org/publications/enc/entry.php?entry=BL001.