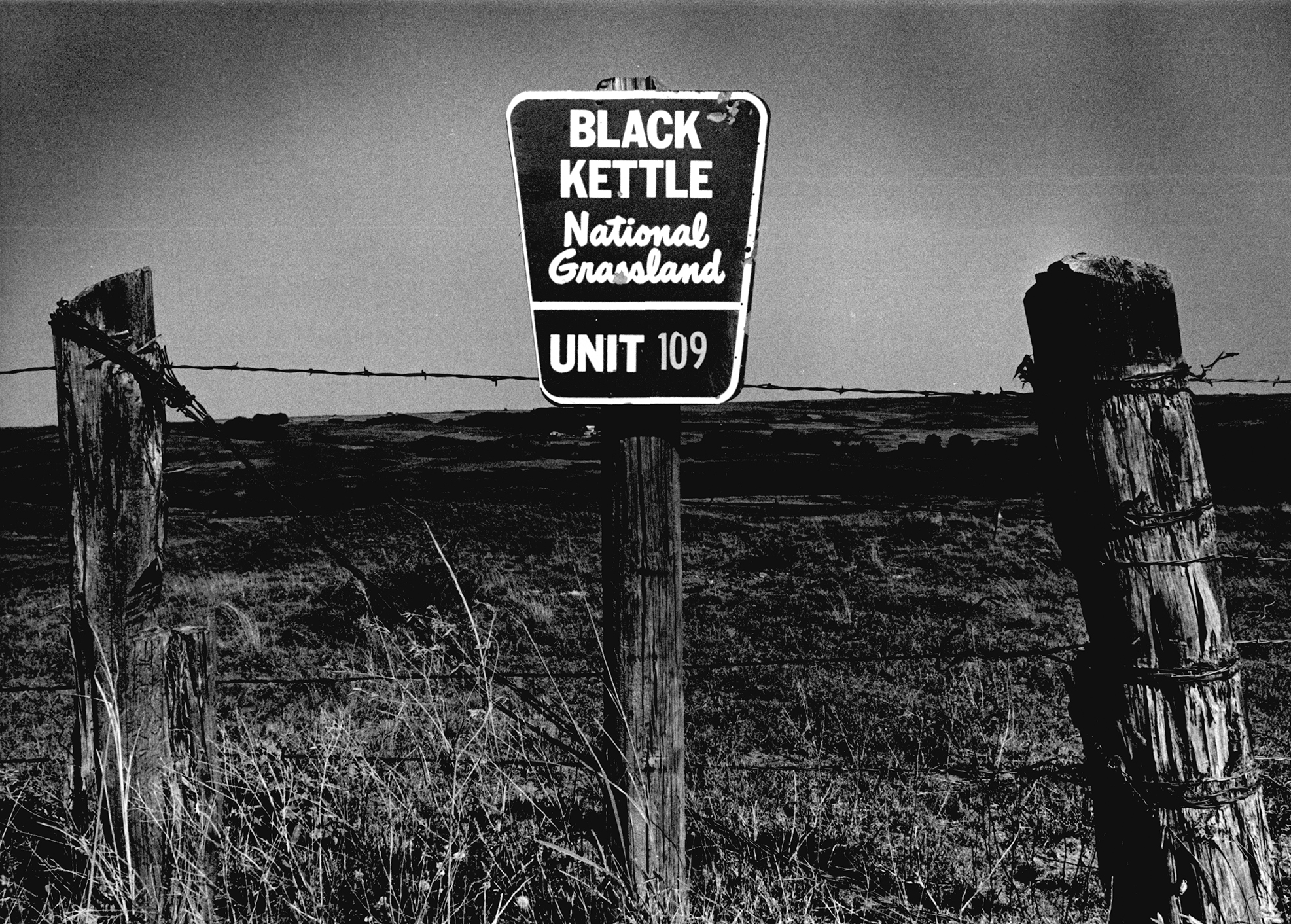 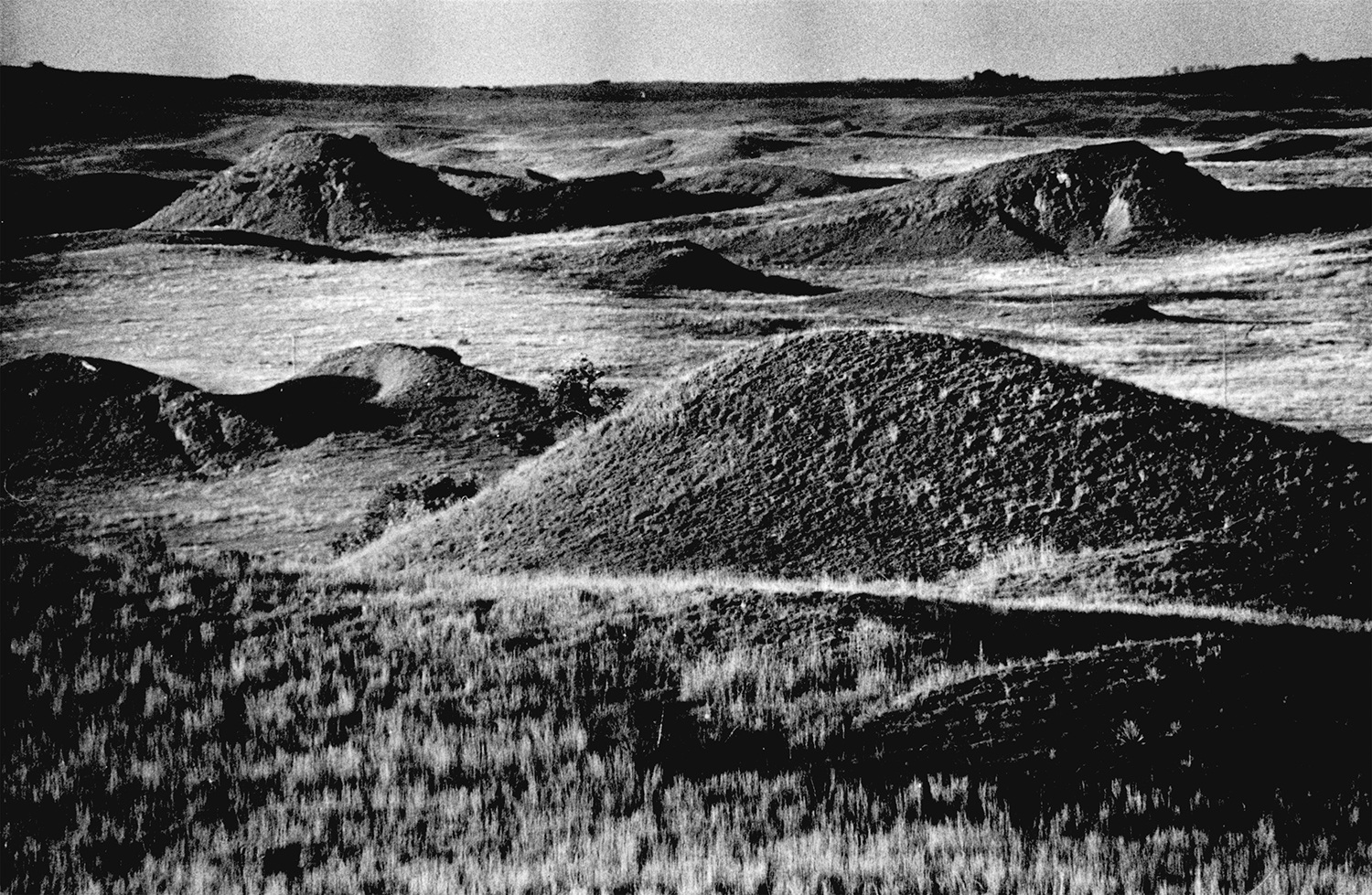 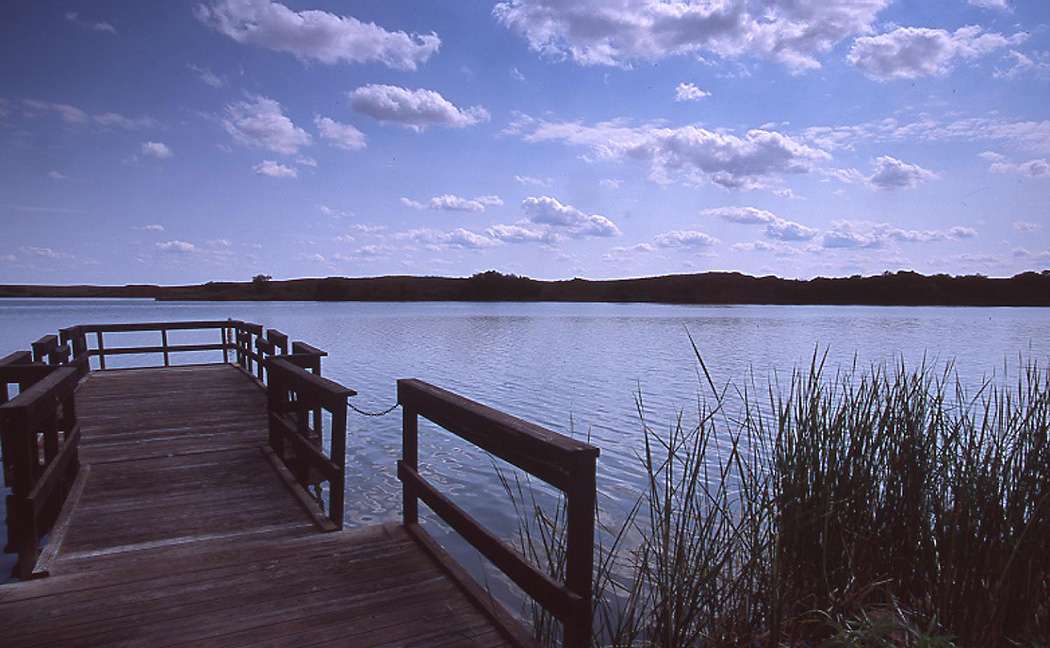 Spanning 31,300 total acres in Oklahoma and Texas, the Black Kettle National Grassland is a haven for hunting, fishing, horseback riding, hiking, and observing nature. Of this acreage, 30,726 are located in Roger Mills County, near Cheyenne. The remaining 576 are near Canadian, Texas. The Oklahoma portion has five lakes with more than 670 acres for fishing. The grassland is located in a region of rolling sand hills, red shale hills, mixed-grass prairie, and wooded bottoms.

Once home to the nomadic Plains Indians, specifically the Cheyenne and Arapaho, the area is named for Cheyenne Chief Black Kettle. In 1868 Lt. Col. George Custer led an attack on Black Kettle's village, slaughtering the respected Cheyenne leader. The land then became part of the Cheyenne-Arapaho Reservation before it was opened for white settlement in 1892. Farmers successfully cultivated these lands until the 1930s when poor soil conservation and agricultural practices, combined with periods of wind, drought, and rain stripped the area of its topsoil. The region was one of the hardest hit by the Dust Bowl. After that, farmers abandoned the area. Beginning in 1937 through 1942, with congressional approval, the federal government purchased tracts comprising the present grassland.

In 1938 the U.S. Department of Agriculture Soil Conservation Service managed and revitalized the grassland, using an extensive replanting program and returning it to its native state. The growth of mixed grasses, including big bluestem, Indian grass, side oats grama, and buffalo grass combined with replanted sagebrush, shinnery oak, and mesquite trees, helped revitalize the wildlife populations, which are abundant and include game species such as quail, deer, turkey, and doves. Nongame species include the Mississippi kite and the scissor-tailed flycatcher. After the restoration of the grasslands, the Soil Conservation Service relinquished control to the U.S. Forest Service in 1953. In June 1960 the area was designated a national grassland. In 1996 it became part of a heated debate when Rep. Frank Lucas suggested selling the grasslands to fund a Battle of the Washita memorial.

At the beginning of the twenty-first century the grasslands remained productive. Locals may farm portions of the land, and ranchers paid fees to pasture more than two thousand privately owned cattle on the federally owned property. This region is also known for its oil and gas production. The Forest Service returns fees collected from grazing leases and the oil and gas mineral rights to the counties in lieu of taxes.

Stan Hoig, The Battle of the Washita (Lincoln: University of Nebraska Press, 1976).

The following (as per The Chicago Manual of Style, 17th edition) is the preferred citation for articles:
Dana Jackson, “Black Kettle National Grassland,” The Encyclopedia of Oklahoma History and Culture, https://www.okhistory.org/publications/enc/entry.php?entry=BL004.