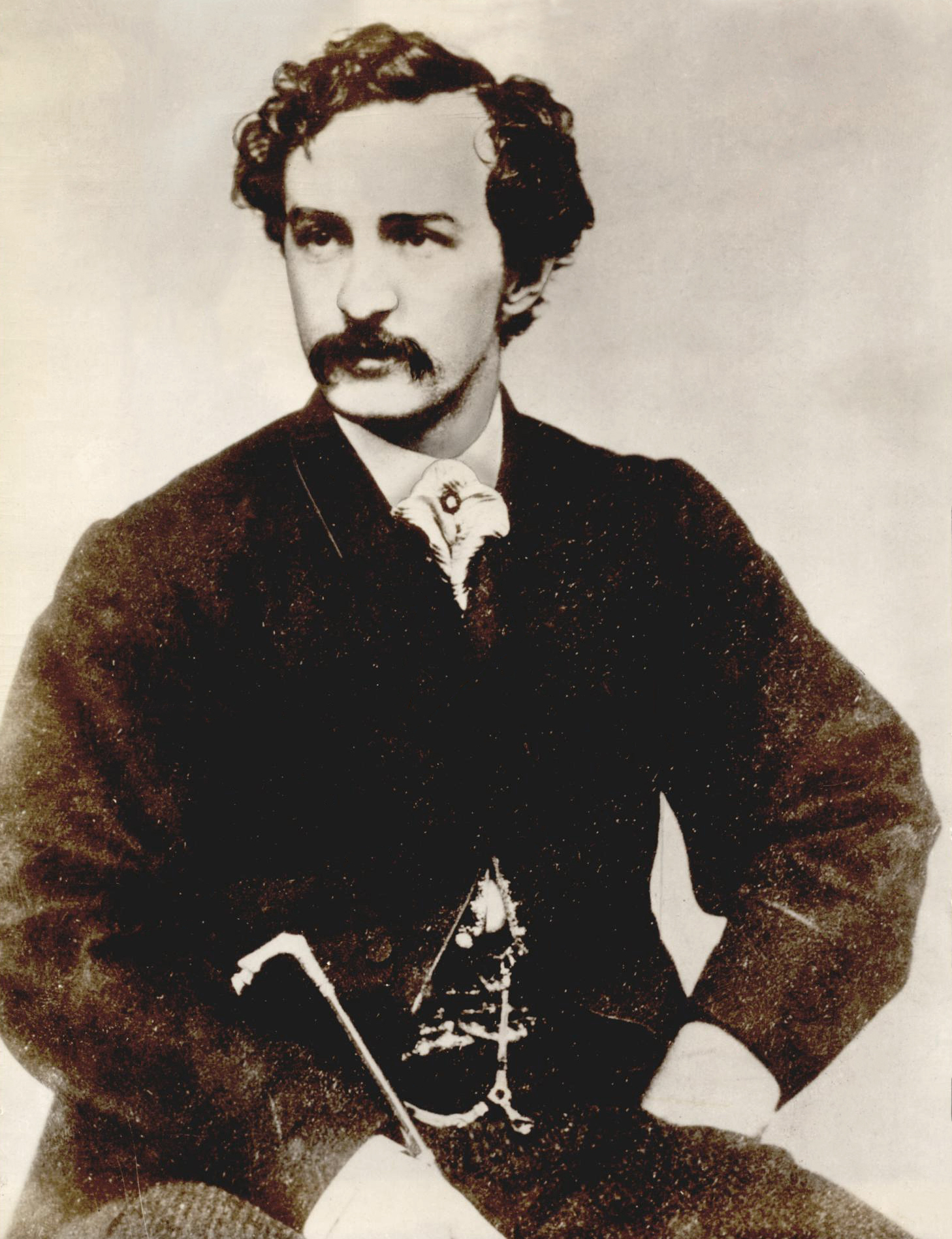 Legend tells that John Wilkes Booth, the assassin of Pres. Abraham Lincoln, using the name David E. George, committed suicide in Enid, Oklahoma Territory, in 1903. Booth, a popular and talented southern actor, accomplished his task of assassination on April 14, 1865, and following his escape into Virginia, was shot by Sgt. Boston Corbett of the Sixteenth New York Cavalry. Conflicting stories still exist about the identification of Booth's body, and there were errors made in the identification process along with errors in supplying information to the public about the identification. Legend tells that Boston Corbett, the man who shot Booth against orders, was involved in identifying the body as Booth's; within a short time rumors began to circulate questioning the true identity of the corpse—doubts and rumors that continue today among Lincoln/Booth scholars and enthusiasts.

At approximately 10:30 a.m. on January 13, 1903, in the Grand Avenue Hotel in Enid, the screaming of a guest who had occupied room number four for three or four weeks brought others to his side; David E. George was soon dead. A doctor diagnosed the cause of death as self-administered arsenic poisoning. Later it was told that the deceased had purchased strychnine that morning at a local drug store. The body was taken to Penniman's Furniture Store, also a funeral home. A coroner's jury soon heard stories about this strange, locally unknown man: he was a house painter who did not know how to paint, who always had access to money but died penniless, who frequented bars and loved alcohol, who often quoted Shakespeare, who knew no one but was known by many outside Enid, who was quoted as saying, "I killed the best man that ever lived."

After George was embalmed, he was placed in a chair in the window of the furniture store/funeral home so that the public could view him, and a photograph was taken. It was believed that he had a "remarkable likeness" to Booth and that his leg had been broken above the right ankle—the same break that Booth had suffered in jumping from the Ford's Theater balcony. However, the doctor who had set Booth's leg reported it to be the left leg. Many Enid citizens believed that if George was Booth, the body should be burned. Just as public interest was beginning to fade, Finis L. Bates from Memphis, Tennessee, arrived in Enid. Bates identified the body as his old friend John St. Helen.

Bates had been a lawyer in Granbury, Texas, and claimed to have known St. Helen (George) as a client and friend in the early 1870s. After about five years of friendship St. Helen became seriously ill and believing that he was dying, confessed to Bates that he was Booth. He recovered and later gave a detailed account of his life, the assassination, and the escape, to Bates—information that only Booth would know. However, some information that Bates later published about St. Helen was inconsistent with documented facts. Nevertheless, the body, which had been embalmed well enough for long-term preservation, was turned over to Bates, who then leased it to interested parties for specified time limits.

The George story created enough attention to have the body displayed during the St. Louis World's Fair in 1904; then the mummified cadaver was displayed in different places from time by time by different people, such as carnival sideshow promoters. Shipped by rail to California in 1920, the body was stolen after the train wrecked. Bates later recovered the remains and kept it until his death; his widow sold the mummy. It may today be stored in someone's basement or closet.

The Booth Legend has been perpetuated by articles in journals such as Harper's Magazine, Saturday Evening Post, Life, Literary Digest, and many others as well as in numerous newspapers throughout the years. As a young boy growing up in Enid, Henry B. Bass saw the body on display and became fascinated with the story. He became a Lincoln poetry collector as well as a major collector of Booth artifacts. He also became an authority on the actor and the legend about Booth, or George, having lived in Enid. Bass, a widely known and respected building contractor, is the man who discovered and reported the strange coincidence that Sgt. Boston Corbett is buried in Enid.

The following (as per The Chicago Manual of Style, 17th edition) is the preferred citation for articles:
Guy Logsdon, “Booth Legend,” The Encyclopedia of Oklahoma History and Culture, https://www.okhistory.org/publications/enc/entry.php?entry=BO016.