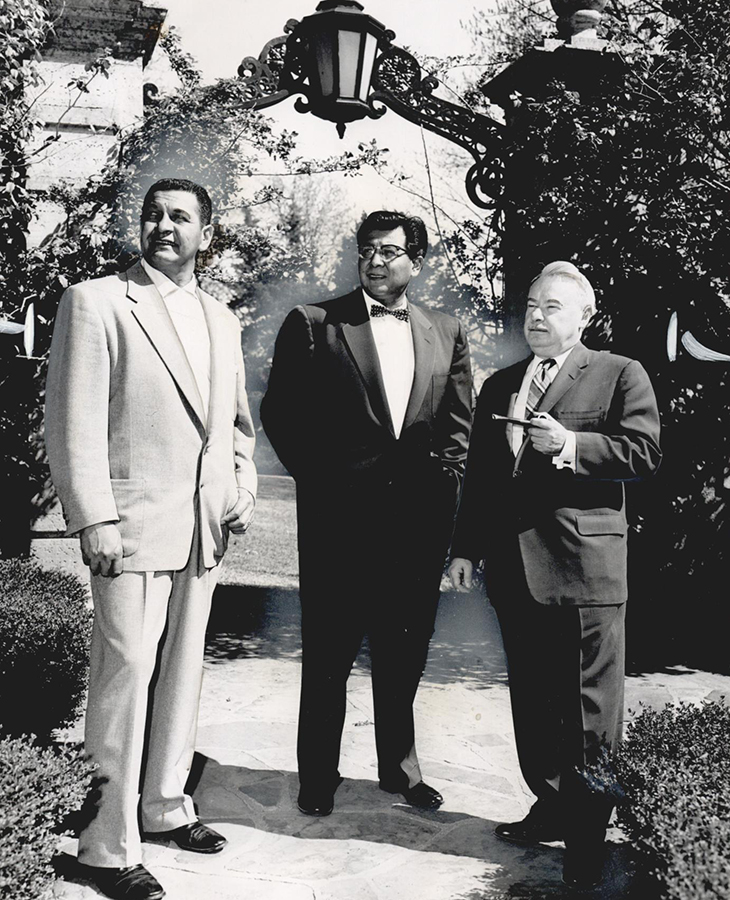 Born on June 5, 1921, near Anadarko, Oklahoma, artist Francis Blackbear Bosin was the son of Frank Blackbear and Ada Tivis Bosin. Of Kiowa-Comanche descent, Bosin received the Indian name of Tsate Kongia (Blackbear), also the name of his grandfather, a Kiowa subchief.

Attending St. Patrick's Mission School in Anadarko, Bosin became interested in art after seeing the traditional paintings of the Kiowa Five, renowned American Indian artists. Following graduation from Cyril High School in 1940, he moved to Wichita, Kansas. Family obligations had prevented Bosin from obtaining formal art training. He enlisted in the Marines during World War II and was stationed in Hawaii. Basically self-taught, in 1945 he hosted his first one-man art show in Honolulu.

Bosin attained widespread acclaim as a traditional painter. While using some manner of the Kiowa flat style, he also employed European techniques of illusion and surrealism. This combination contributed to his work's uniqueness. Besides relying on his own research and reading, Bosin drew inspiration from his grandmother's tales of earlier and better times. He commented, however, an artist should not be inflexibly bound by tradition. Late in his life the artist remarked that his paintings never recognized the defeat of the Indian. Instead, he described America as if Europeans had not arrived in 1492. His art reflected spiritual history, tribal history, and Indian myth. He depicted his people in the same way that tribal storytellers told their histories.

Bosin received many awards and recognitions. Known professionally as Blackbear Bosin, he first received national acclaim in 1955 when National Geographic highlighted his painting Prairie Fire. In 1965 he was the only Indian artist included in the White House Festival of Arts. Other important paintings included Of the Owl's Telling, Taime Man, and The Ten Grandmothers, all commissioned by the U.S. Department of the Interior Indian Arts and Crafts Board. Institutions holding his works include the Philbrook Museum of Art in Tulsa, the Buffalo Bill Historical Center in Cody, Wyoming, the Eiteljorg Museum in Indianapolis, the Heard Museum in Phoenix, and the Denver Art Museum.

For most of his adult life Bosin lived and worked in graphic arts in Wichita. In 1959 he opened a studio and gallery. A founding member of the Mid-America Indian Center and an active force in the artistic community, he painted several murals around Wichita. He donated his only sculpture, Keeper of the Plains, to the city. Bosin died there on August 9, 1980. He was survived by his second wife, the former Nola Davidson Simmonds, four children, and a stepson.

The following (as per The Chicago Manual of Style, 17th edition) is the preferred citation for articles:
Carolyn G. Hanneman, “Bosin, Francis Blackbear,” The Encyclopedia of Oklahoma History and Culture, https://www.okhistory.org/publications/enc/entry.php?entry=BO033.