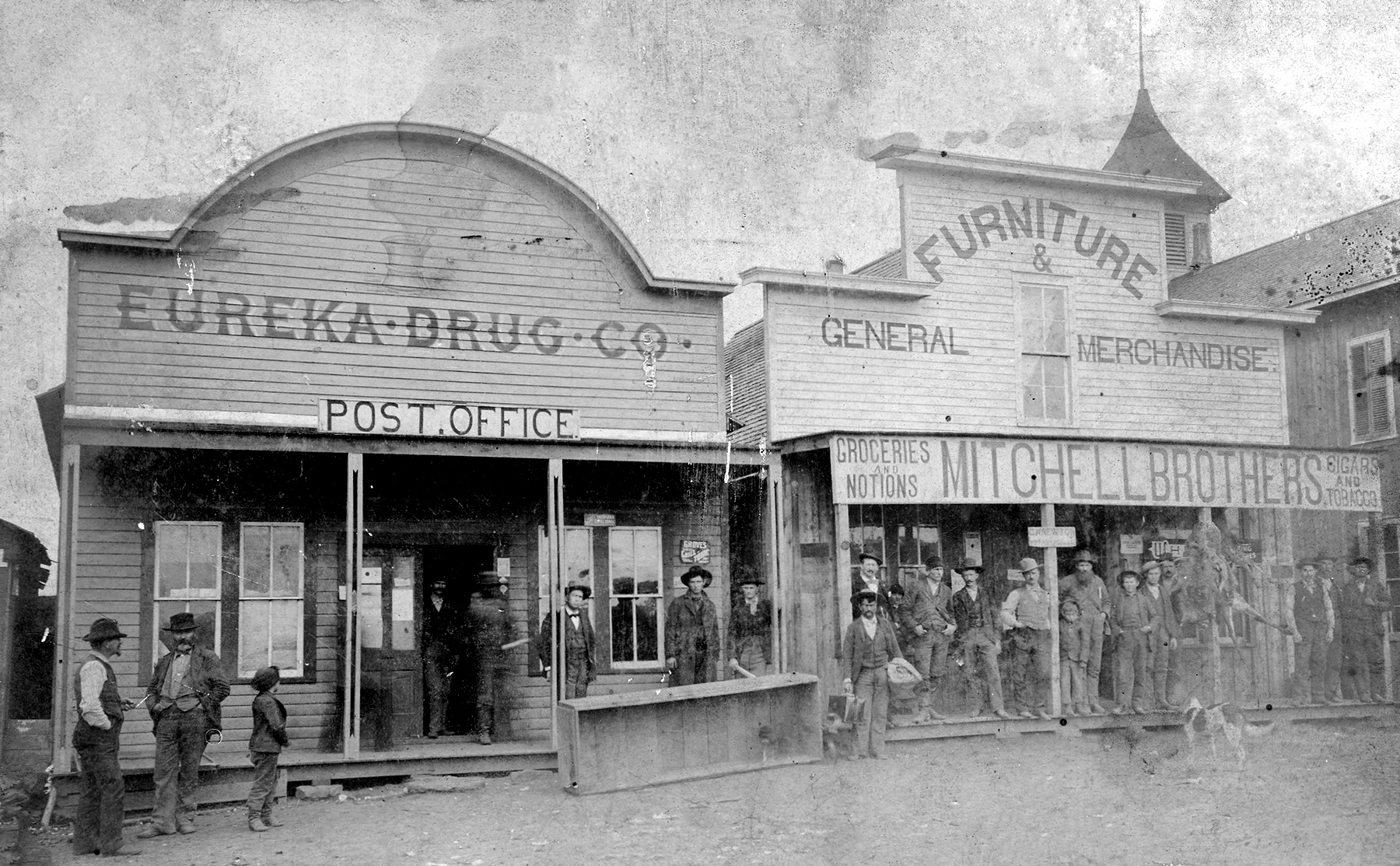 Located in Pittsburg County ten miles southwest of Eufaula, on State Highway 113, Canadian first began as an Indian trading post in the Choctaw Nation. By 1872 the Missouri, Kansas and Texas Railway extended its line to the area, attracting Choctaws and non-Indian business entrepreneurs to serve the nearby farms. Residents first called the settlement South Canadian, because it was located in a small valley near the South (main) Canadian River. In 1873 the first post office was established, with R. D. Burton as postmaster. By 1895 South Canadian bustled with agriculture-driven activity and included a newspaper and at least seven doctors. In 1899 the name changed to Canadian, and the town incorporated by 1901. Newspapers that served the residents included the Canadian Advertiser, Canadian Enterprise, Canadian Valley News, Monitor, Pittsburg County Leader, and South Canadian Bazoo. None existed past 1915.

Prior to 1889 there was a Choctaw Indian school east of town. In 1895 the first subscription school met in the Independent Order of Odd Fellows hall. In 1898 the town constructed its first school building. In 1910 a two-story, brick-and-stone high school was erected, but it burned in 1937. Replaced in 1938, the building burned again in 1974. In 1908 an African American separate school was established, and it served fewer than twenty students.

In 1910 fire destroyed the entire block of West Main, temporarily closing half of the businesses. By 1910 Canadian's population was listed at 481 and dwindled to 295 in 1930. The decrease could be blamed on poor economic conditions and increased competition from surrounding towns. The railroad gave rise to Canadian's growth, and the discontinuance of passenger service aided in its loss of population. The declining cotton market also contributed to the town's contraction. In 1950 the population stood at 277; the number rose to 304 in 1970 before falling to 261 in 1990.

One of the town's well-known citizens was Judge John P. Connors, for whom Connors State College is named. The 2000 federal census listed Canadian's population as 239 residents, and the 2010 census counted 220. The community's spirit and its proximity to Arrowhead State Park and Lake Eufaula have preserved the town's viability. In 1980 Canadian's Jail and Livery Stable (NR 80003295) was listed in the National Register of Historic Places.

The following (as per The Chicago Manual of Style, 17th edition) is the preferred citation for articles:
Wanda L. Clark, “Canadian,” The Encyclopedia of Oklahoma History and Culture, https://www.okhistory.org/publications/enc/entry.php?entry=CA037.