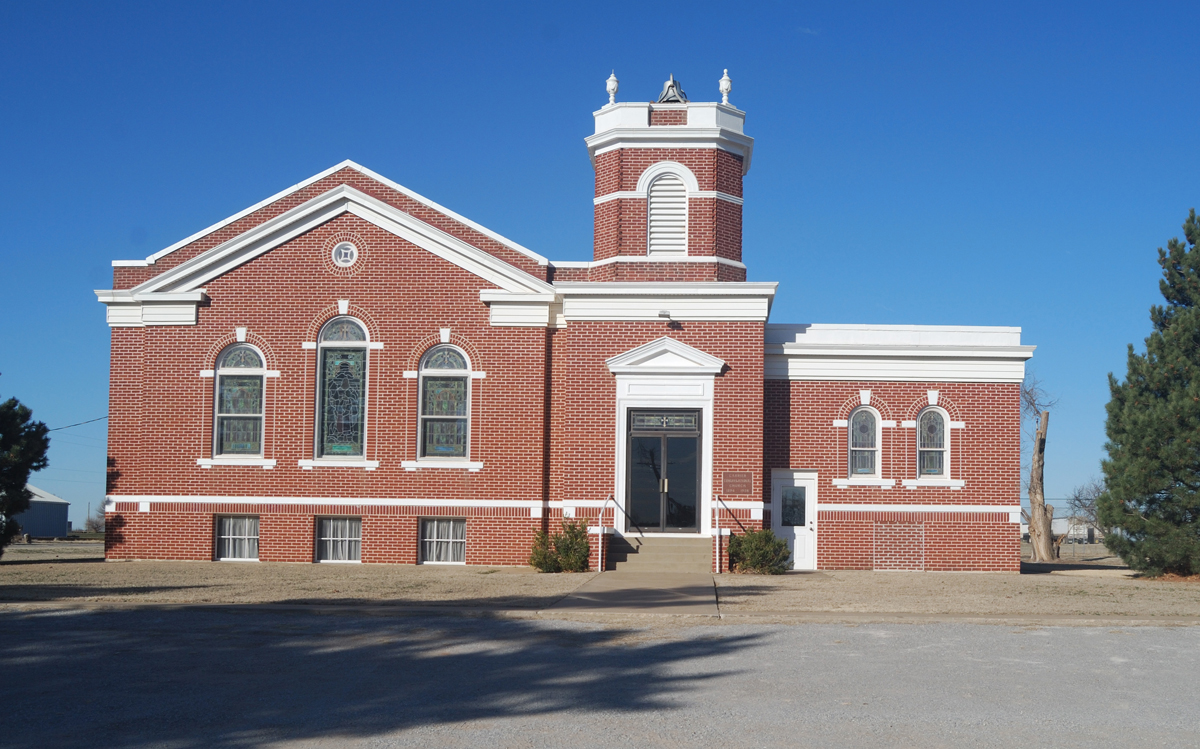 The Garfield County town of Carrier is located on State Highway 132, five miles north of its junction with U.S. Highway 60. The site is approximately seven miles due northwest of Enid, the county seat. The opening of the Cherokee Outlet in 1893 provided settlers the opportunity to file for homesteads and build up farms around future Carrier. After two years of serious crop failures, wheat became the most important cash crop.

The town grew from a dispersed rural community into a thriving town at the turn of the twentieth century. A Congregational church group had begun meeting at a local homestead in August 1894, and they completed a building in 1895, the town's first building. It also briefly served as a schoolroom. Solomon Carrier, who erected the area's first store in 1895, was appointed postmaster on May 22, 1897. The second business to open was McNeil's Blacksmith Shop. The town of Carrier was platted in August 1903 by the Northwestern Townsite Company as the Arkansas Valley and Western Railway was planning to construct a line through the region from Enid to Avard. Carrier was laid out on the homesteads of Herbert Caldwell, Arthur Nay, R. I. Boyington, and Zue Carrier Pope, and the businesses and residents moved approximately one mile to the new location. The railroad was completed in 1904 (after 1907, it was the St. Louis and San Francisco Railway, or Frisco).

Social and educational offerings soon appeared. Carrier General Mercantile's upper floor became the schoolhouse in 1896. A town band, organized by Fred McClane and said to be the first one in the Cherokee Strip, entertained the citizens from 1895. In 1895 Solomon Carrier donated land for a church school, and in September 1898 Northwestern Academy was opened by the Congregational Church Building Society. Basically nondenominational in its admissions policy, the school opened with a faculty of five, led by C. L. Hollem as principal. It offered classes to prepare students for Kingfisher College and remained open for twelve years.

The community provided appropriate services for an agriculture-based economy: two grain elevators, two blacksmiths, a lumberyard, and a hardware store. Travelers were served by a hotel and a livery stable. A 1909 state gazetteer credits Carrier with a bank, Congregational and Lutheran churches, and a telephone exchange. The Carrier Monitor informed the residents in the early 1900s. An oil boom in pre–World War I Garfield County provided jobs in the petroleum industry, a trend that continued through the twentieth century.

The following (as per The Chicago Manual of Style, 17th edition) is the preferred citation for articles:
Dianna Everett, “Carrier,” The Encyclopedia of Oklahoma History and Culture, https://www.okhistory.org/publications/enc/entry.php?entry=CA061.