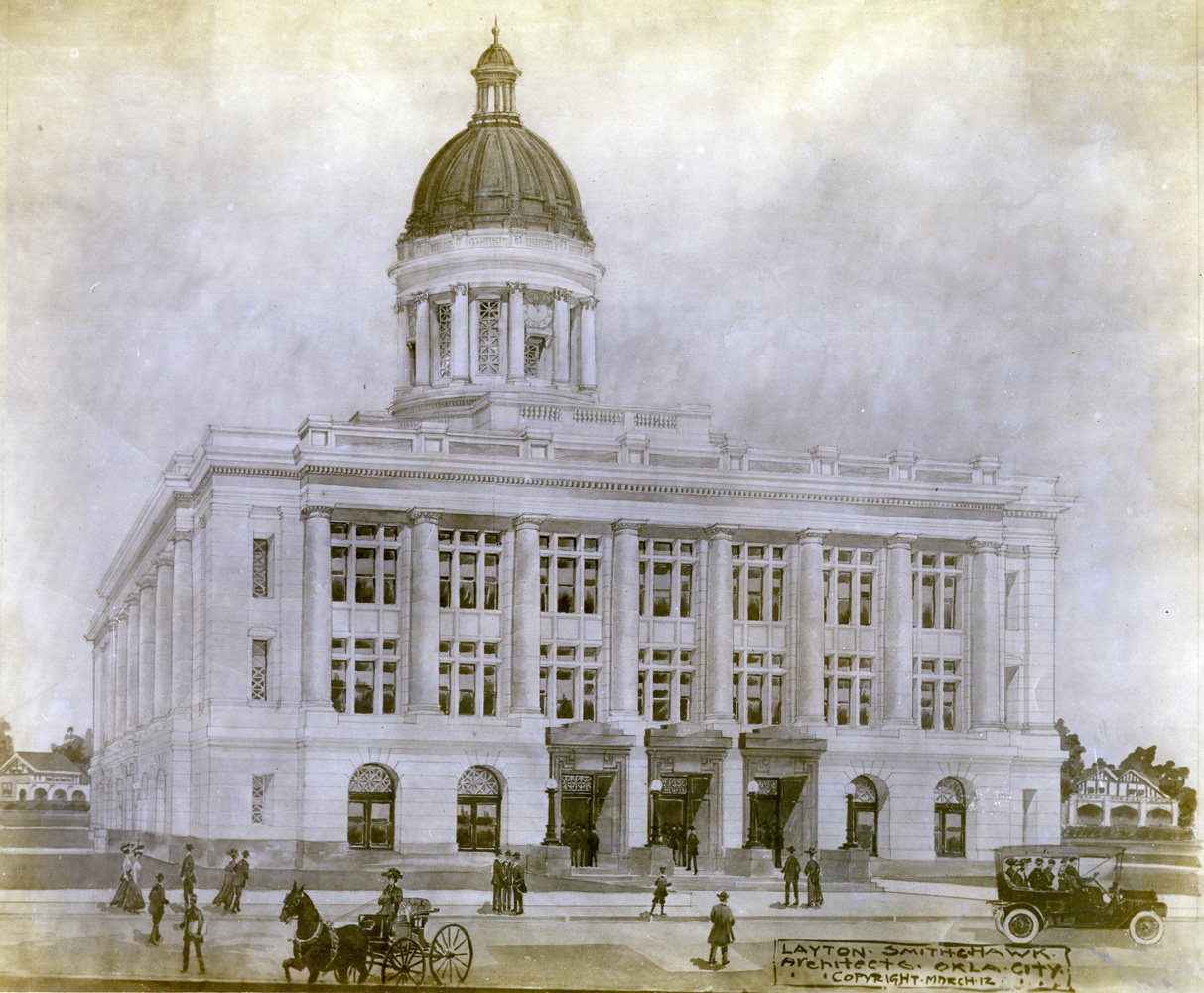 Positioned in south-central Oklahoma, Carter County, created at 1907 statehood, encompasses 833.72 square miles of land and water. The name honors the prominent Carter family, distinguished by Charles David Carter of Chickasaw and Cherokee heritage, who served in Congress from 1907 to 1927. Garvin and Murray counties border Carter County on the north, with Johnston and Marshall on the east, Love on the south, and Jefferson and Stephens on the west. In 2010 the incorporated towns consisted of Ardmore (the county seat), Dickson, Gene Autry, Healdton, Lone Grove, Ratliff, Springer, Tatums, and Wilson.

The county has a diverse landscape and is located within several physiological regions, including the Arbuckle Mountains, the Coastal Plains, the Redbed Plains (a subregion of the Osage Plains), and the Cross Timbers. The topography therefore varies from vigorous hills to rolling prairies to flat bottomlands. The Washita River, Caddo Creek, and their tributaries drain the northern portion of the county, and several creeks in the south feed the Red River. In 1937 Lake Murray, in southern Carter County and northern Love County, was completed as a state project.

In 1981 the Oklahoma Archaeological Survey recognized eighty-three sites in Carter County. Several Archaic (6000 B.C. to A.D. 1) and Woodland (A.D. 1 to 1000) period settlements and camps have been studied. Spain and then France claimed the region before it was sold to the United States in 1803. There is little record of European exploration in the present county. In 1834 the Dodge-Leavenworth Expedition traveled through the area to negotiate with the Plains tribes. In 1837 the Chickasaw began filtering into the country, joining the Choctaw, who had already been given land. In 1852 Randolph B. Marcy traversed the area when he left Fort Arbuckle to search for the Red River's source. In 1855 the Chickasaw separated from the Choctaw, creating their own government, with most of present Carter County a part of Pickens County in the Chickasaw Nation.

The Civil War had little impact on the Carter County area. As the Chickasaw aligned with the Confederacy, after the war the federal government revoked earlier treaties, forcing the Five Tribes to cede land and allow railroads access to Indian Territory. In 1887 the Gulf, Colorado and Santa Fe Railway (controlled by the Atchison, Topeka and Santa Fe Railway, AT&SF) built a line north from Texas through present Carter County to Purcell. In 1901–03 the Arkansas and Choctaw Railway (acquired by the St. Louis and San Francisco Railway in 1907) laid tracks west from Arkansas to Ardmore. Oil production spurred further railroad development. In 1913–14 the Oklahoma, New Mexico and Pacific Railway constructed a line from Ardmore west to Ringling. In 1916 Ringling and Oil Fields Railway laid tracks north from Ringling Junction to Healdton. These last two rail lines were abandoned in 1976.

The 1898 Curtis Act divested the Chickasaw Nation of any real power. The allotment process, which provided for individual land ownership, cleared an obstacle for the growing statehood movement. In 1905 the Sequoyah Convention, attempting to form a state from only Indian Territory, failed. The 1906 Oklahoma Constitutional Convention planned for statehood and created Carter County, choosing Ardmore as its governmental seat.

Ranching has spurred the county's economy since the mid-nineteenth century. Before allotment ranches included the Seven Hundred Ranch, the IS Ranch, Alva Roff's ranch, and Treat McCoggin's ranch. The Seven Hundred, operated by the Roff brothers, had ranch headquarters in the Ardmore area. In 1907 county cattle raisers had 18,027 beef cattle and milk cows on hand. By 1935 the number of cattle increased to 35,861. Ranching remained viable, and in 1963 there were 40,000 head of cattle in the county. In 2000 the total number of cattle stood at 50,000. In 1907 farmers planted 51,661 acres of cotton, 41,312 acres of corn, and 1,150 acres of wheat. In 1923 county agriculturists cultivated 106 acres of peanuts, an increase over previous years. In 1934 farmers again planted more cotton (23,597 acres) than other crops, with corn (14,621 acres) second. By 1963 only 1,200 acres of cotton and 1,100 acres of corn were planted, with 4,000 acres of oats, 1,300 acres of wheat, and 830 acres of peanuts. In 2000 wheat became the paramount crop when farms planted 11,000 acres. Carter County has been one of Oklahoma's main pecan producers. In 1924 Ardmore area farmers formed the Oklahoma Pecan Growers Association. In 1997 the county committed 4,512 acres to cultivating pecans.

After fire destroyed its campus in 1914, Bloomfield Academy, a Chickasaw girls school, relocated to Ardmore in 1917. The institute had opened in 1852 in present Bryan County. Operated by the federal government since 1898, the school was renamed Carter Seminary in 1934 and became coeducational in 1949. In 1953 the campus boarded Americans Indians from across the United States, but the children attended public school off campus. In 1942 the U.S. Army established an air base near Ardmore. After World War II the facility was deactivated, and beginning in 1946 American Airlines used the base as a training school until 1949. In 1953 the Ardmore Air Force Base was reactivated but closed again in 1959 and became an airport and later the twenty-five-hundred-acre Ardmore Industrial Airpark. Ardmore had a hospital as early as 1901, and in 1955 the Memorial Hospital of Southern Oklahoma opened. A large fund-raising campaign helped to build this five-story, one hundred-bed medical complex, which became part of the Sisters of Mercy Health System in 1996. From 1911 to 1942 Ardmore hosted the Oklahoma Confederate Veterans Home. In 1945 Samuel Lloyd Noble founded the Samuel Roberts Noble Foundation in Ardmore. In 1966 the Southern Oklahoma Area Vocational-Technical Center located in Ardmore.

Manufacturing has a long history in the county. Several refineries and pipelines served the local oil interests. Beginning in 1915 into the 1920s the Akron Tire and Rubber Company operated a plant in Ardmore. The Ardmore Industrial Airpark has had several businesses devoted to the aviation industry. In 1970 the Uniroyal Tire Company built a tire plant at Ardmore. In 1990 Michelin North America acquired the plant, which had become the Uniroyal-Goodrich Tire Plant. In 2000 manufacturing was the leading county industry at 17 percent, followed by retail (16.4 percent) and health care and social assistance (13.4 percent).

One of America's main transportation arteries, Interstate 35, cuts north-south through the county. U.S. Highways 77 and 177 are also north-south routes, and U.S. Highways 70 and 70A run east-west. State Highways in the county include 7, 53, 76, 77S, 110, 142, and 199. At the end of the twentieth century the Burlington Northern and Santa Fe Railroad served as the only rail line. The Healdton Oil Museum, the Charles B. Goddard Arts Center, the Greater Southwest Historical Museum, and Lake Murray State Park are a few of the county attractions that draw visitors.

The following (as per The Chicago Manual of Style, 17th edition) is the preferred citation for articles:
Larry O'Dell, “Carter County,” The Encyclopedia of Oklahoma History and Culture, https://www.okhistory.org/publications/enc/entry?entry=CA065.