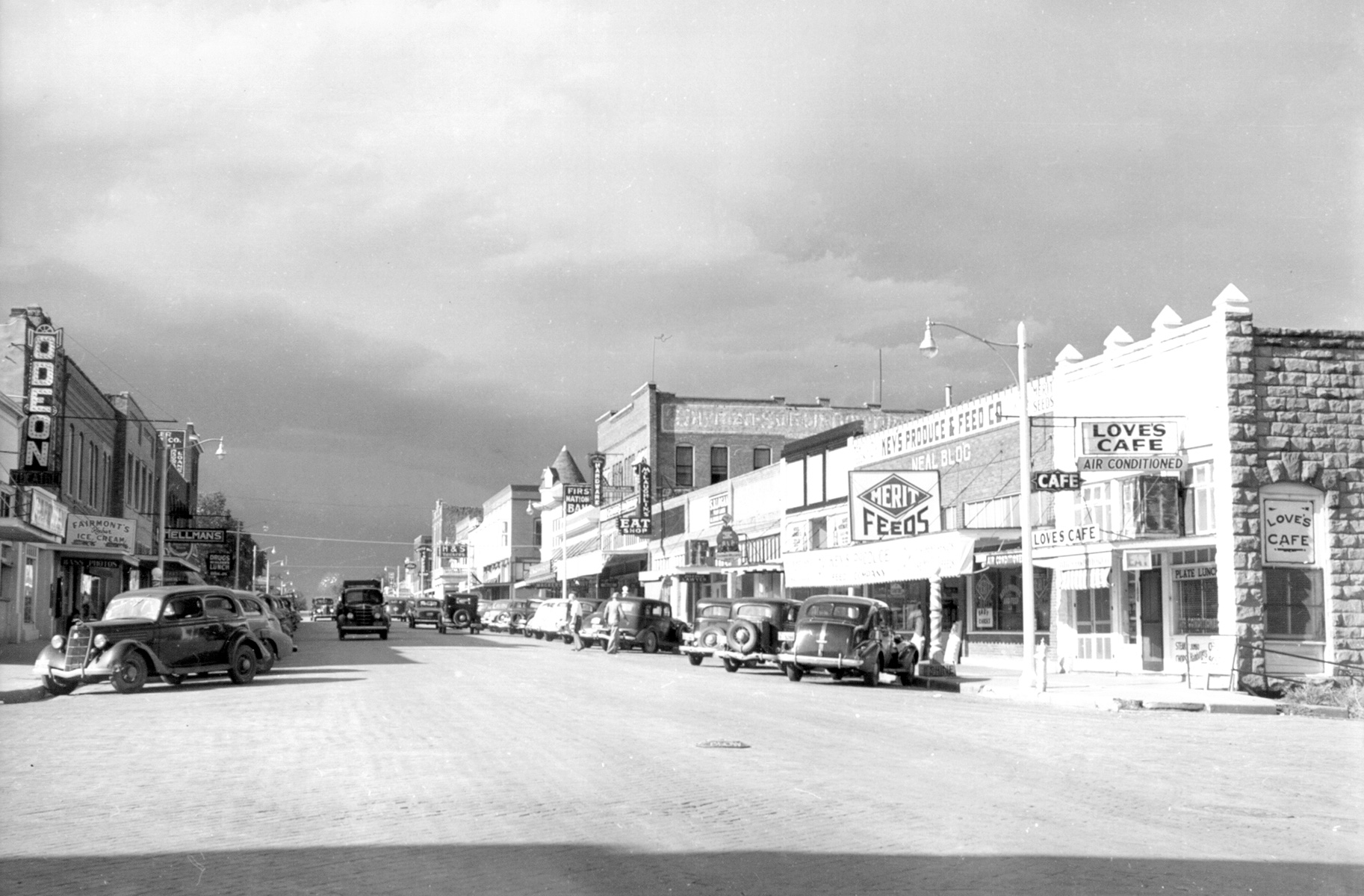 County seat of Lincoln County, Chandler is situated at the intersection of U.S. Highway 66 (Route 66) and Oklahoma Highway 18. The city's opening was set for September 22, 1891, the same date as the land run that opened the Sac and Fox and Iowa lands to form County A (Lincoln County). However, soldiers blocked the prospective settlers from entering the Chandler townsite, because the survey was not finished. Consequently, Chandler was opened for settlement at noon on September 28, 1891, when gunshots signaled the land opening. Thousands of settlers dashed up the steep hill into the 320-acre townsite for 2,208 free lots. Chandler was purposely located at the geographic center of the county and near a water supply called Indian Spring, now a city park. The post office was established September 21, 1891, and the city named for Assistant Secretary of the Interior George Chandler.

A tornado that struck on March 30, 1897, killed fourteen people, injured hundreds, and almost destroyed Chandler. By the next year sturdier brick and stone buildings were constructed. Seven of those territorial commercial buildings, two homes, and two churches are listed in the National Register of Historic Places, as are Works Progress Administration–constructed buildings, including the National Guard Armory (NR 91000276), and Route 66–related buildings. A two-story, frame building served as the courthouse from 1897 until 1907 statehood. A three-story, brick-and-stone courthouse constructed in 1907 was replaced with a new edifice completed in 1969.

The St. Louis and Oklahoma City Railroad (later the St. Louis and San Francisco Railway) built a line through Chandler in 1898, providing faster shipping for cotton as well as bricks made at the Chandler Brick Factory. Chandler had six gins and a cottonseed oil mill operating in 1910. Locally grown fruit and pecans also went to markets by rail. In November 1949 the state legislature passed Resolution Number 5 declaring Chandler "the Pecan Capital of the World." Despite oil discoveries and abundant crops, Chandler was never a boomtown. At 1907 statehood population stood at 2,234 and in 1920 at 2,226. It and rose to 2,738 by 1940 and peaked at 2,926 in 1980.

The following (as per The Chicago Manual of Style, 17th edition) is the preferred citation for articles:
Sally Bourne Ferrell and Donald F. Ferrell, “Chandler,” The Encyclopedia of Oklahoma History and Culture, https://www.okhistory.org/publications/enc/entry.php?entry=CH002.