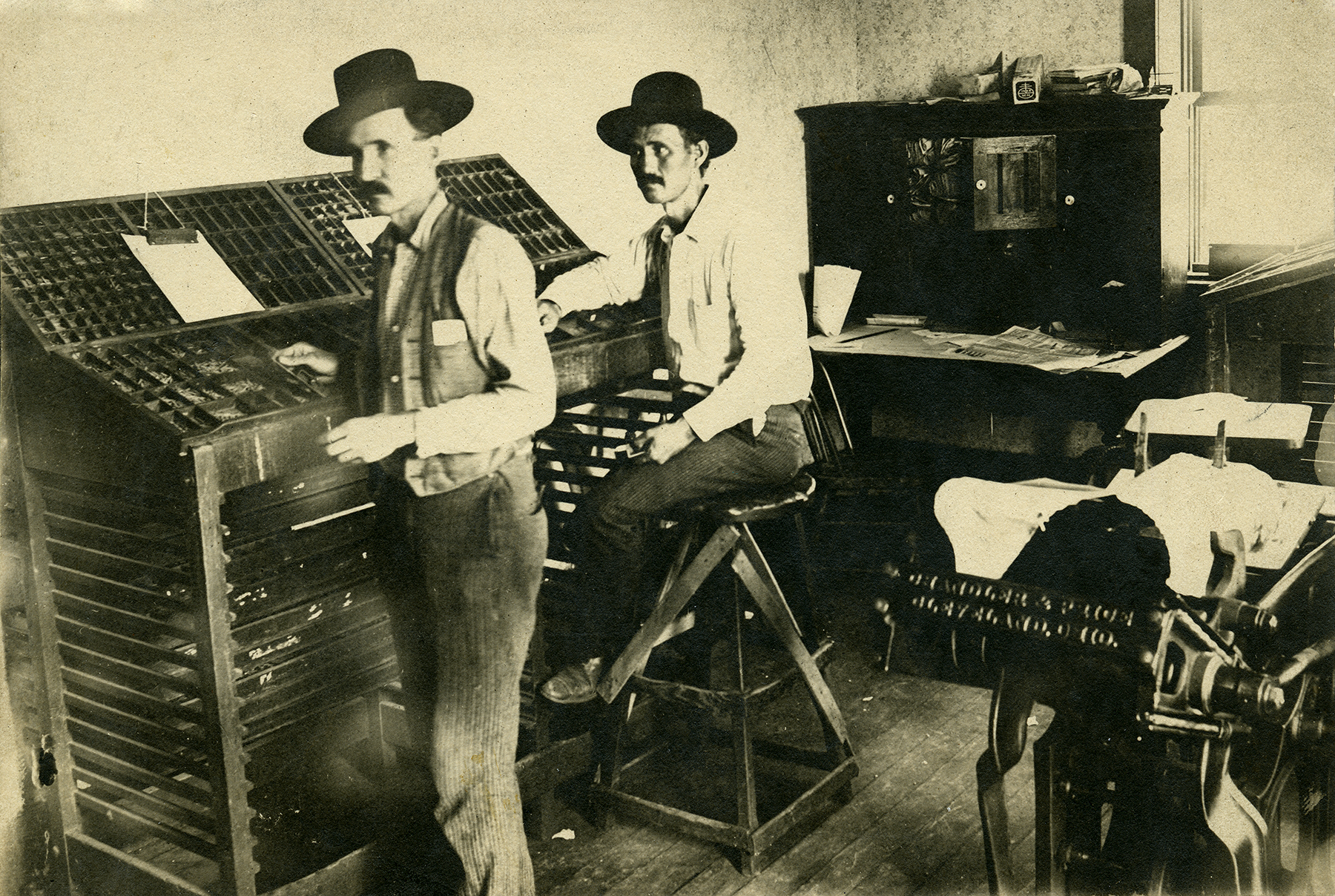 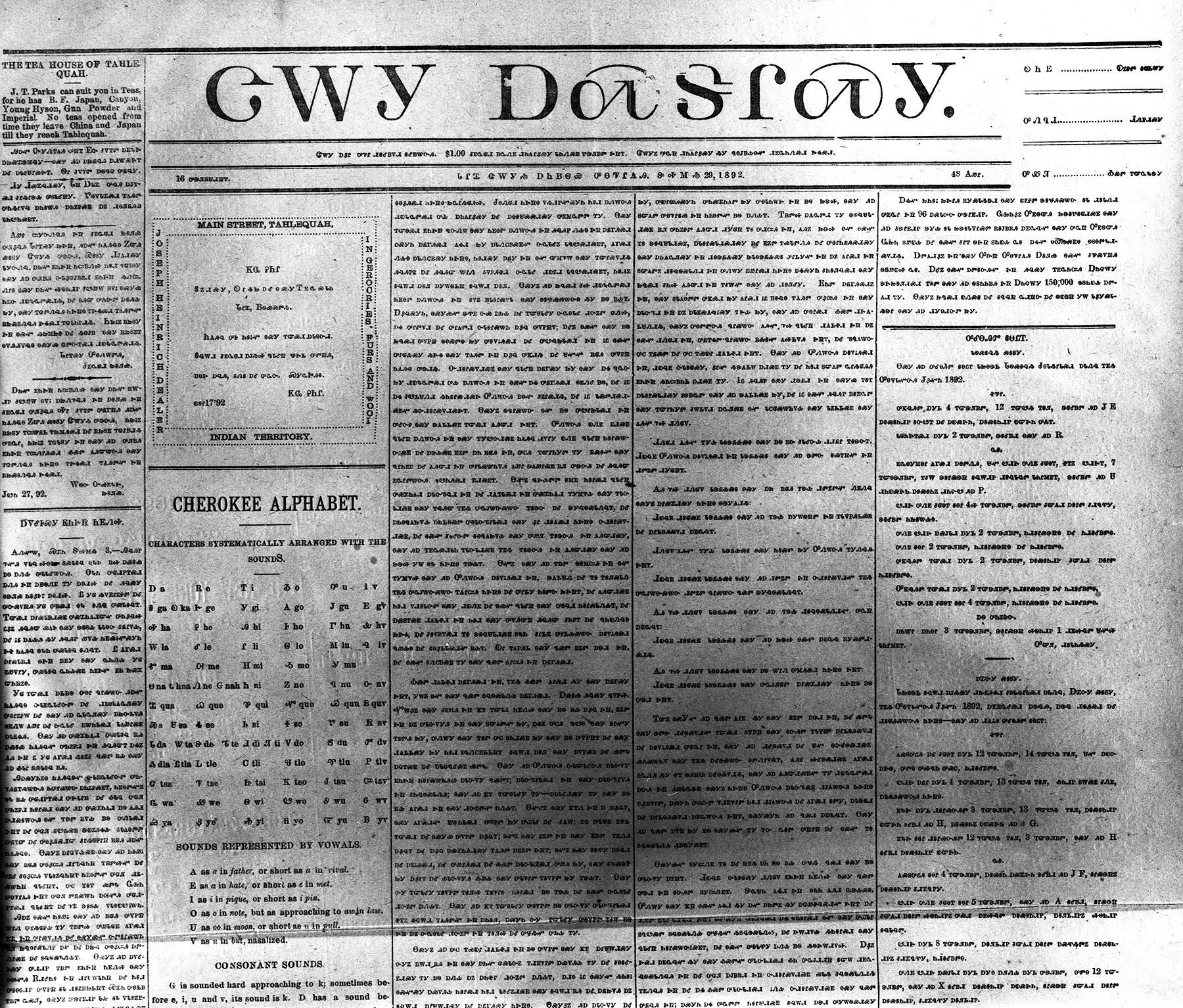 The Cherokee Advocate newspaper was published at Tahlequah by the Cherokee Nation from 1844 until 1906. Authorized by the Cherokee National Council on October 25, 1843, the first issue was printed on September 26, 1844, with the motto "Our Rights, Our Country, Our Race." Like its predecessor, the Cherokee Phoenix, it was published weekly in Cherokee and English to provide Cherokees with information about their people and the United States. When it started publication, it was the country's only tribal paper. It was soon joined by the Choctaw Intelligencer in 1850 and the Chickasaw Intelligencer in 1854.

Initially, the Advocate was published weekly until September 28, 1853, when it was suspended for the lack of funds. The editors for the first nine years included William Potter Ross (1844–46, 1847–48), Daniel H. Ross (1846–47, 1848), James Shepard Vann (1848–49), David Carter (1849–51), and William Penn Boudinot (1852–53). Their newspaper reported the actions and policies of the Cherokee government, laws, memorials, and protests to the U.S. Congress, proceedings of the national council and negotiations with Washington, messages of the principal chiefs, missionary activities and temperance campaigns, notices of estate administration; and other local news.

Under William Penn Boudinot's leadership (1870–73) the Advocate resumed publication on April 26, 1870, with circulation reaching 480 in 1871 for the weekly Saturday paper. It continued to publish articles in English and the Cherokee syllabary. The Advocate's second series ended in February 1875 under editor John Lynch Adair (1873–75) when a fire destroyed the printing office and equipment. It was revived again on March 1, 1876, by Boudinot (1876–77), who returned as editor and then again under George W. Johnson (1877–79). During his first tenure as editor, Elias Cornelius Boudinot, Jr. (1879–81) increased the use of Cherokee to a full page in the four-page weekly.

Stanley W. Hoig, The Cherokees and Their Chiefs: In the Wake of Empire (Fayetteville: University of Arkansas Press, 1998).

William G. McLoughlin, After the Trail of Tears: The Cherokees' Struggle for Sovereignty, 1839–1880 (Chapel Hill: University of North Carolina Press, 1993).

The following (as per The Chicago Manual of Style, 17th edition) is the preferred citation for articles:
James P. Pate, “Cherokee Advocate,” The Encyclopedia of Oklahoma History and Culture, https://www.okhistory.org/publications/enc/entry.php?entry=CH016.