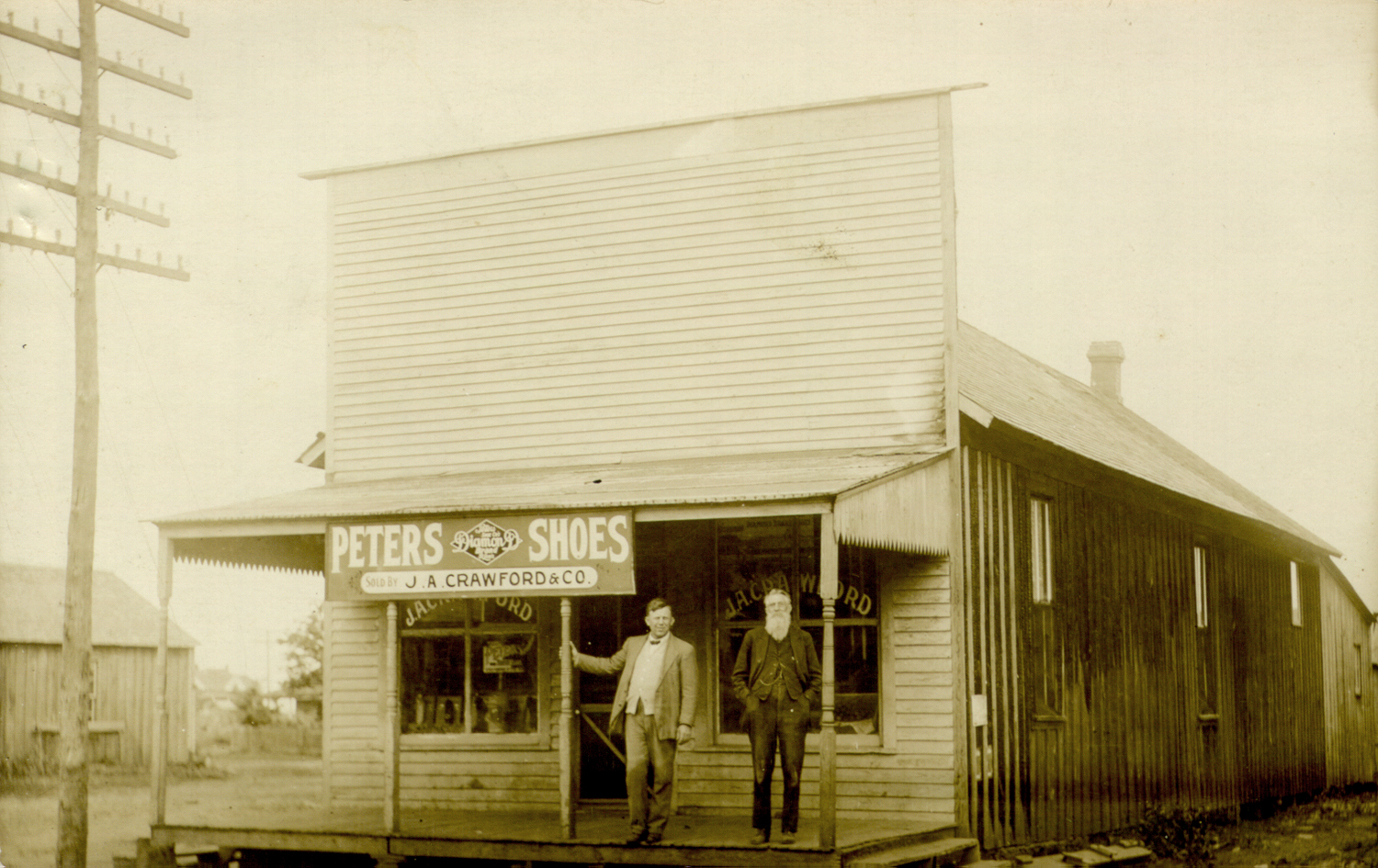 Chouteau is located in the old Cooweescoowee District of the Cherokee Nation in southern Mayes County. It has an altitude of 627 feet. Chouteau is a gateway to the eastern Oklahoma lake area, featuring Fort Gibson Lake, Upper and Lower Spavinaw Lakes, the Lake of the Cherokees (Grand Lake), and the Lake Hudson Recreational Area. State Highway 412 (Cherokee Turnpike) and U.S Highway 69 intersect just south of town.

In 1871, when the Missouri, Kansas and Texas Railway built its line across Indian Territory, Chouteau became a terminus. Riley W. Lindsey, the first agent, was also the first settler. Chouteau grew into a thriving cattle town, and residents built a fence around its limits to keep the herds out of the streets. Gates were conveniently located, and parents escorted their children safely to and from downtown. Many of the early citizens lived in tents, and they too built fences to keep out cattle.

The town had to be rebuilt after a fire in 1891, and in 1985 much of the business district was again destroyed by fire. Businesses moved to the east side of Highway 69. In 1880 Lindsey provided the land and financed Chouteau's first school, a subscription school, housed in a one-room building. In later years the school was razed, and a larger, two-story, wood-frame building was erected on the same site, sheltering another subscription school. Several denominations used these facilities for church services, and citizens used them for various town meetings. Today the Chouteau-Mazie School District comprises kindergarten through grade twelve and operates with a staff of fifty-eight teachers and administrators.

The town's population has varied, ranging from 483 in 1900 and 541 in 1920 to a twentieth-century low of 400 in 1940. The number of inhabitants rebounded to 1,046 in 1970 and grew to 1,771 in 1990. By 2000 the town sheltered a population of 1,931, and the 2010 census reported 2,097 inhabitants. Chouteau has supported twelve churches of various denominations. The United Methodist is the oldest congregation, and the First Presbyterian the oldest church building, dedicated on July 10, 1898. The Farmers and Merchants Bank (NR 83002091) and the Territorial Commercial District of Chouteau, Main Street, (NR 83002093) are listed in the National Register of Historic Places. With the location of the Mid-American Industrial Area between Chouteau and Pryor, a Chouteau Hills housing addition has added approximately 170 new homes. Many residents prefer to live in the small community and to commute to work in the larger towns and cities. State Highway 412 and U.S. Highway 69 provide easy access for commuters.

The following (as per The Chicago Manual of Style, 17th edition) is the preferred citation for articles:
Virginia Lindsey Hastings, “Chouteau,” The Encyclopedia of Oklahoma History and Culture, https://www.okhistory.org/publications/enc/entry.php?entry=CH055.