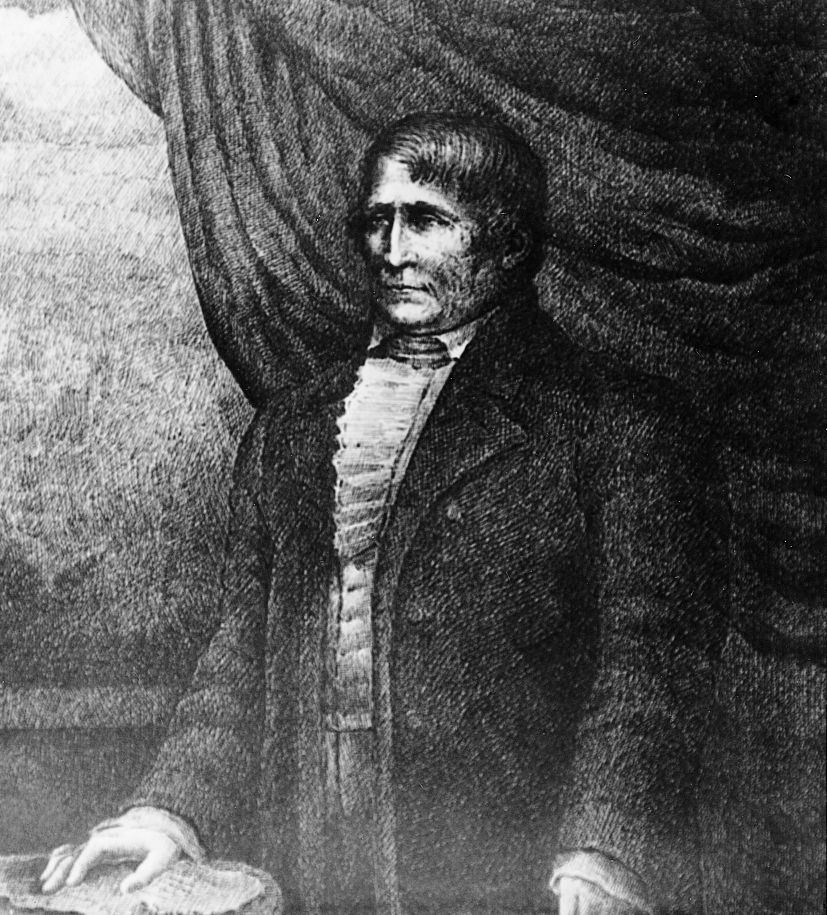 René Auguste Chouteau (1749–1829) was born in New Orleans. Known simply as Auguste, he established the trading post that became St. Louis, Missouri, in 1764 while commanding an expedition with his stepfather Pierre Laclede. Chouteau maintained economic interests throughout the West while basing his operations in St. Louis. His 1786 marriage to Marie Therése Cerré, a daughter of a prominent trader, accelerated the growth of his trading company and his business connections.

Auguste's half-brother Jean Pierre Chouteau (1758–1849) joined him in the family business. Unlike Auguste, Pierre remained attentive to the fur trade for the duration of his life and spent much of his time in close contact with his American Indian clients. Born in New Orleans, Pierre Chouteau lived much of his adult life in St. Louis. He was, however, instrumental in establishing one of the first permanent Euroamerican settlements in present Oklahoma. As early as 1796 he encouraged several thousand Osage to move to the Three Forks of the Arkansas River. The Chouteaus then created a permanent trading post at present Salina in order to more effectively ally and trade with the Osage. By 1800 the Chouteau-Osage alliance contributed more than 50 percent of the Indian goods traded in St. Louis. Due to his success as an intermediary Pierre was named agent for the Osage in 1804 and was instrumental in negotiating and signing of a series of treaties between them and the federal government. Pierre kept business interests in the Three Forks area (as well as the lower Missouri River region) until his semiretirement around 1820.

Pierre's son Auguste Pierre Chouteau (A. P.) continued the family's interest in the fur trade. Although he was born in St. Louis, A. P. Chouteau (1786–1838) spent much of his adult life focused on Oklahoma. After assisting in the operation of his father's trading post on the Neosho (Grand) River at present Salina, he constructed a larger facility on the Verdigris River. His business introduced approximately twenty thousand dollars of European trade goods into the Three Forks region each year that were exchanged for furs hunted by Native people, including the Osage. Until his death in 1838 A. P. Chouteau coordinated his business interests from the Three Forks area and expanded his trade network to include facilities in present central and southwestern Oklahoma in the 1830s.

The final Chouteau to leave a large imprint upon the American West was A. P.'s son Pierre, Jr. (1789–1865). Nicknamed "Cadet," he initially partnered with his father before operating his own trading company with business interests from the Mississippi River to the Rocky Mountains. He led the most influential trading operation along the upper Missouri River from the 1830s until the 1850s and ordered the construction of numerous trading posts throughout the Missouri and Mississippi river valleys.

As the fur business declined, Pierre Chouteau moved to New York City and diversified his economic interests to include steamboats, railroads, and mining. His perceptive business sense and adaptability made him the most successful businessman of the Chouteau family. By the 1860s the fur trade of the American West had devolved into a marginally profitable economic activity due to declining game and increasing settlement of the region. While numerous Chouteau descendants (including Pierre, Jr.'s, son Charles Pierre Chouteau, 1819–1901) continued to populate Oklahoma and the West, their seminal century in the fur trade had ended.

The following (as per The Chicago Manual of Style, 17th edition) is the preferred citation for articles:
Douglas A. Hurt, “Chouteau Family,” The Encyclopedia of Oklahoma History and Culture, https://www.okhistory.org/publications/enc/entry.php?entry=CH056.