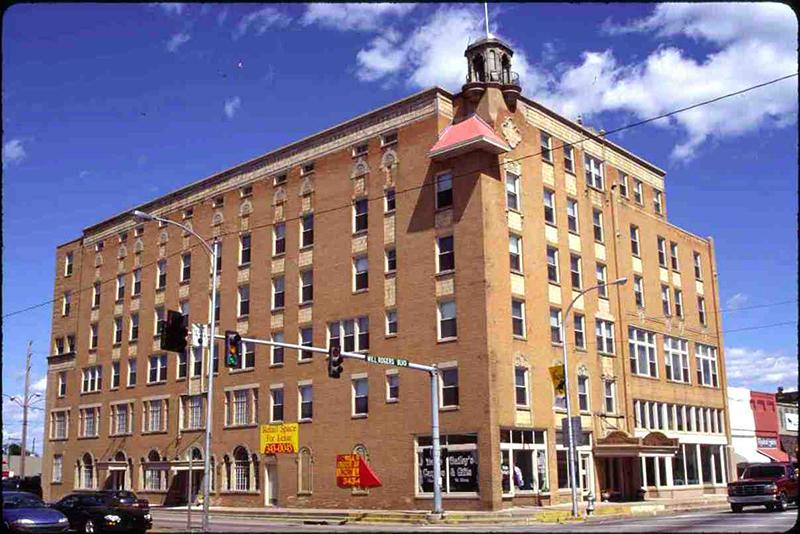 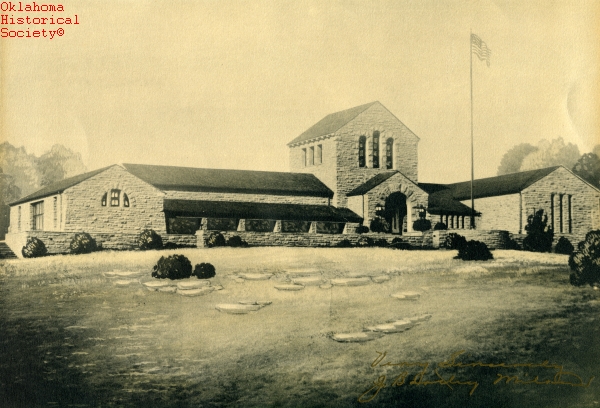 The county seat of Rogers County, Claremore covers a land area of approximately twelve square miles at an elevation of 602 feet. It is located at the intersection of historic Route 66 (State Highway 66) and State Highways 20 and 88, twenty-nine miles northeast of Tulsa. A post office was established there on June 25, 1874, thirty-three years prior to Oklahoma statehood, when the region was the Cherokee Nation, Indian Territory.

The town was named for the Osage Indian chief Claremore, whose nearby village was destroyed during the Battle of Claremore Mound in 1817. However, the town's founding date is in dispute. The Atlantic and Pacific Railroad reached the townsite in 1882 and the Kansas and Arkansas Valley Railway arrived in 1889. The St. Louis and San Francisco Railway subsequently acquired the former, and the Missouri Pacific Railway Company obtained the latter. The Claremore Progress, the town's first newspaper, started in 1893. Other early publications were the Claremore Messenger, the Rogers County Leader, and the Claremore Courier. During the drilling of a test oil well in 1903, an artesian mineral water flow was struck. Visitors soon arrived to seek the radium water's supposed healing powers. Claremore was incorporated on May 2, 1903. It was designated the Rogers County seat after 1907 statehood, and the Oklahoma Military Academy was established there in 1919. Construction on the present Rogers County courthouse, a project assisted by the Works Progress Administration (WPA), started in 1937.

Claremore had a population of 855 in 1900. That number increased from 2,866 in 1910 to 3,720 in 1930. In 1931 the community was served by the St. Louis and San Francisco Railway and the Missouri Pacific Railway companies as well as by the Missouri, Kansas, and Oklahoma, Rankin Rapid Transit, Wardway, and Pickwick-Greyhound bus lines. The business district included two banks, one wholesale mercantile establishment, a dehydrating plant, and the Will Rogers Hotel, which is listed in the National Register of Historic Places (NR 94001508). Claremore's five other National Register properties include the Belvidere (NR 82003696) and Mendenhall's Bath House (NR 83002127).

Claremore's population rose steadily from 4,134 in 1940 to 6,639 in 1960 to 12,085 in 1980. The town had 15,873 residents and 683 businesses in 2000, including 125 retail trade establishments. Many residents worked in the construction, manufacturing, and health care and social assistance industries. Rogers State University, a public four-year institution, was located on the former campus of the Oklahoma Military Academy, and the Columbia Claremore Regional Hospital and the Public Health Service (PHS) Indian Hospital provided medical services. Claremore is presently administered by a home rule charter form of government. According to the 2010 U.S. Census, the populations stood at 18,581.

The area is probably best known as the home of Will Rogers. Claremore's Will Rogers Memorial Museum displays photographs and Rogers's original manuscripts, private letters, and personal papers. The twenty-acre grounds were purchased by the humorist in 1911 for a retirement site and were donated to the city by his widow after his death in 1935.

The following (as per The Chicago Manual of Style, 17th edition) is the preferred citation for articles:
Maxine Bamburg, “Claremore (town),” The Encyclopedia of Oklahoma History and Culture, https://www.okhistory.org/publications/enc/entry.php?entry=CL002.