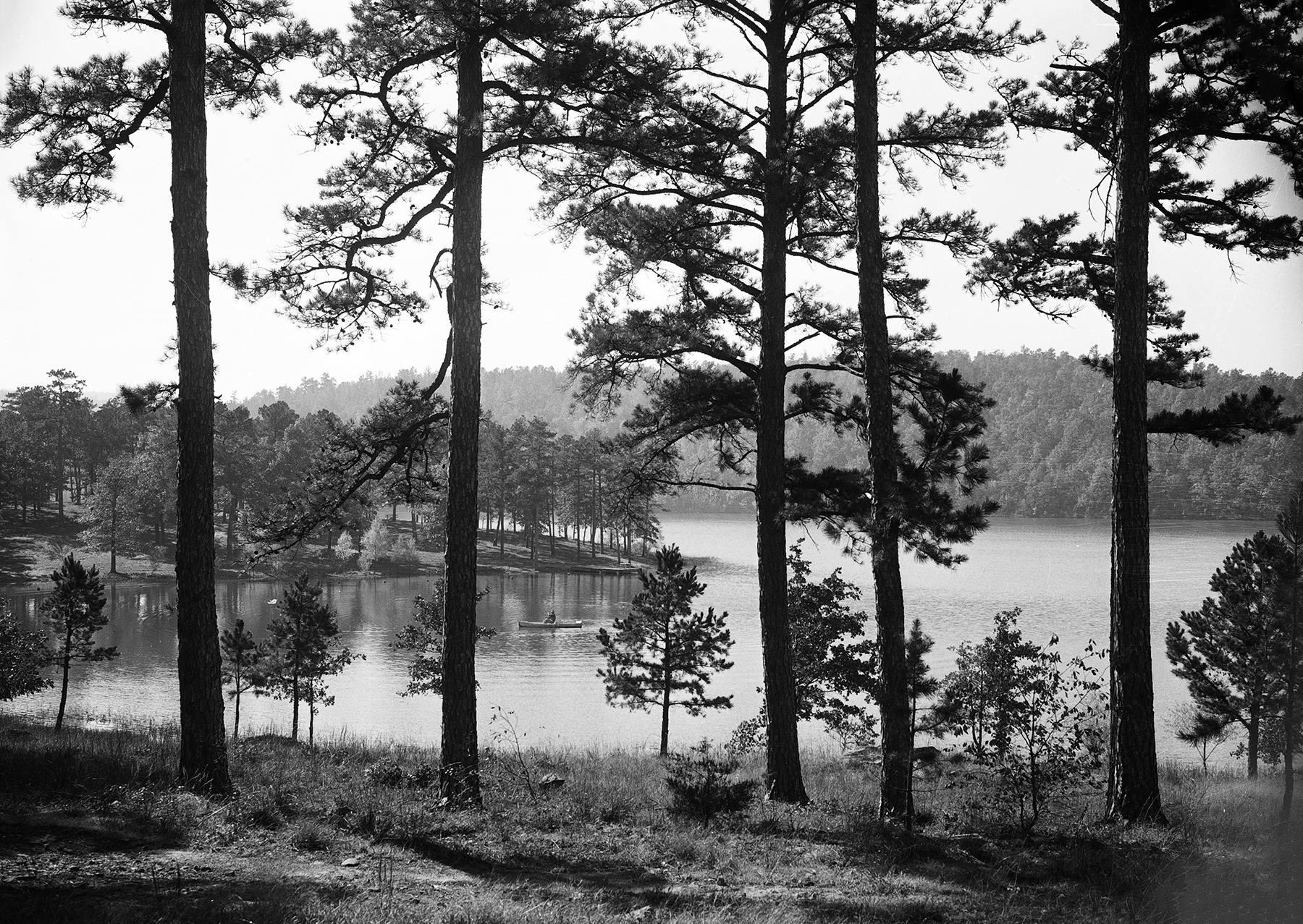 Located in the Kiamichi Valley in Pushmataha County, Clayton is situated at the junction of U.S. Highway 271 and State Highway 2, 36 miles north of Antlers, the county seat. Originally located in the Choctaw Nation, Indian Territory, the town was initially called Dexter, and a post office was established on March 31, 1894. The post office name was changed to Clayton on April 5, 1907. The St. Louis and San Francisco Railway had built a line through the Choctaw Nation from north to south in 1886–87, with Dexter/Clayton developing as a lumber mill town along the route from Fort Smith, Arkansas, to the Red River.

In 1911, according to Polk's Oklahoma State Gazetteer and Business Directory, Clayton had an estimated population of three hundred. Several general stores, sawmills, a lumber company, and a hotel constituted the business district. The First State Bank of Clayton failed in March 1922. By the 1920s the Burnett Hauert Lumber Company and its independent mill contractors were established in Clayton. Gilbert A. Nichols ordered lumber from the Clayton area for the construction of homes in Oklahoma City. The Clayton Enterprise newspaper was established in June 1940. The first federal census reported 612 residents in 1950. The population peaked at 833 in 1980.

At the turn of the twenty-first century Clayton had a population of 719. The local economy was based on agriculture and lumber. Clayton schools provided an education from prekindergarten through high school. The Clayton High School Auditorium (NR 88001418) is listed in the National Register of Historic Places. The weekly newspaper, Clayton Today, kept citizens informed. Residents and visitors enjoyed outdoor activities at Clayton Lake State Park and Sardis Lake. In 2010 the census counted 821 residents.

The following (as per The Chicago Manual of Style, 17th edition) is the preferred citation for articles:
Linda D. Wilson, “Clayton,” The Encyclopedia of Oklahoma History and Culture, https://www.okhistory.org/publications/enc/entry.php?entry=CL008.