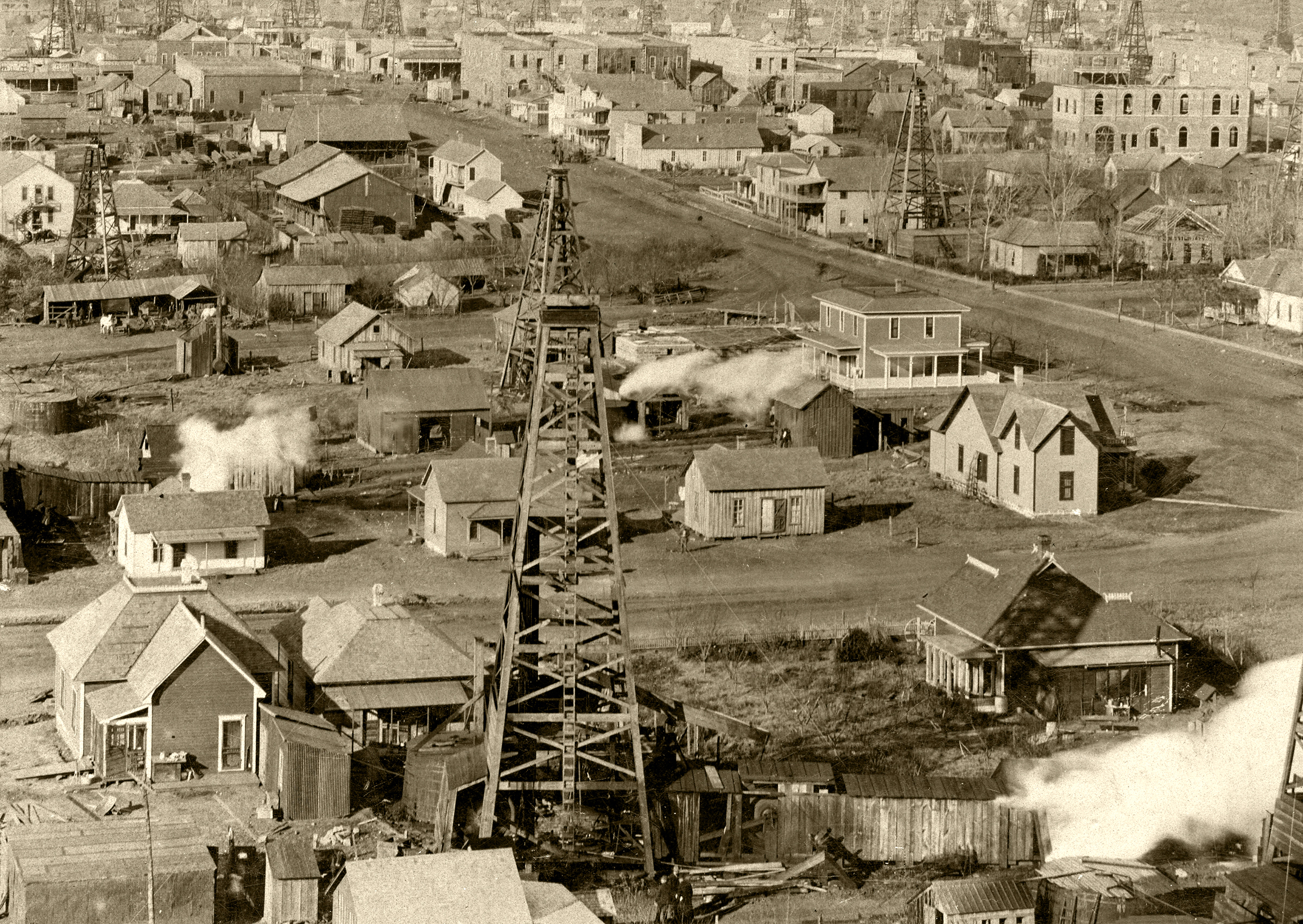 Located on the south side of the Arkansas River in eastern Pawnee County, Cleveland is situated at the junction of U.S. Highway 64 and State Highway 99, approximately twenty-five miles east of Pawnee. Before the Cherokee Outlet Opening on September 16, 1893, John W. Jordan as well as other Cherokee had taken allotments in the outlet. Soon after the opening Jordan and others formed the Jordan Valley Townsite Company. The company bought the land for the townsite from Cherokee Dave Hendrix. However, a nearby homesteader, Willis H. Herbert, quickly established a town named Herbert, with a post office opening on October 28, 1893. Apparently, some discrepancy arose and the Post Office Department withdrew its approval of the Herbert post office. Thus, the post office was moved one hundred feet, and on April 14, 1894, renamed Cleveland, in honor of then Pres. Grover Cleveland.

The townspeople constructed homes and businesses using local timber and stone. Three sawmills and a shingle mill processed building materials from walnut, cedar, and cottonwood. Several early newspapers, such as the Jordan Valley Journal, the Triangle, and the Cleveland Enterprise, served the community. By 1900 the population stood at 211.

On February 9, 1904, the Missouri, Kansas and Oklahoma Railroad (MK&O) (later the Missouri, Kansas and Texas Railroad, known as the Katy) line from Oklahoma City reached Cleveland and crossed the Arkansas River to Osage (in future Osage County). Prior to 1904 the MK&O had built lines from the Kansas border south to Osage and from Wybark (Muskogee County) west to Osage. Before oil and gas were discovered, Cleveland served as a trade center for the local farmers and for the Osage, whose reservation was north of the Arkansas River. On May 27, 1904, the first well was drilled near the community. Soon Cleveland had an influx of thousands of oil-field workers, merchants, and entrepreneurs. Hotels and restaurants quickly appeared, and buildings were shipped by railroad from other communities. Of significance was the Arlington Hotel, formerly the Inside Inn at the 1904 St. Louis World's Fair. Cleveland's pioneer doctor George W. Sutton attended the fair. Knowing that Cleveland needed a first-class hotel, he bought the inn. Parts of it were salvaged and shipped on the Katy to Cleveland. Prior to 1907 statehood Cleveland had the reputation of a "whiskey town" along the boundary of wet Oklahoma Territory and dry Indian Territory. At statehood Oklahoma and Indian territories were joined to form a dry state. In 1907 the town had 1,441 residents.

Charles Ross Anthony, founder of the Oklahoma-based C. R. Anthony Stores, started his retail career with the J. P. Martin Company in Cleveland and later established one of his own stores in the town. In the early 1930s the community had a brick plant, several feed and grain stores, six oil and gas businesses, and an oil refinery. By the mid-1940s the town's amenities included a public library, two parks, and a municipal swimming pool. Citizens supported two banks, ten churches, and three school buildings. In the mid-1950s several businesses continued to serve the agricultural and petroleum industries.

At the turn of the twenty-first century Cleveland had a home rule charter form of city government. The weekly Cleveland American newspaper served 3,282 inhabitants. The public school had an enrollment of 1,696 in 2000, and citizens supported a twenty-bed hospital. In 2002 the public library moved to new quarters in a rehabilitated former elementary school. Ninety-three percent of the employed residents commuted to Pawnee and other job centers. In 2010 the U.S. census counted 3,251 living in Cleveland. The Mullendore Mansion (NR 84003402) was listed in the National Register of Historic Places, and the Triangle Heritage Museum offered visitors a glimpse of local history. Nearby Feyodi Creek State Park and Keystone Lake provided outdoor activities.

The following (as per The Chicago Manual of Style, 17th edition) is the preferred citation for articles:
Linda D. Wilson, “Cleveland,” The Encyclopedia of Oklahoma History and Culture, https://www.okhistory.org/publications/enc/entry.php?entry=CL012.