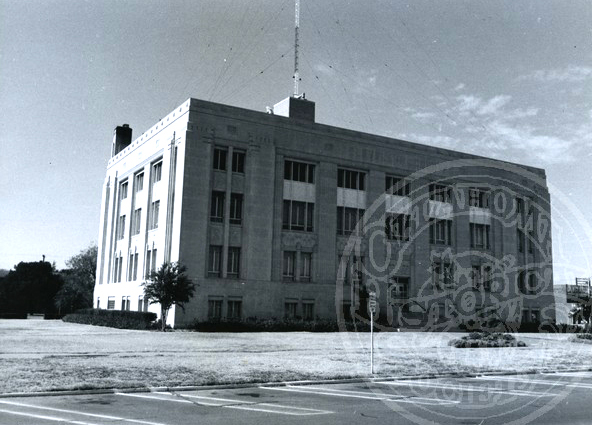 Situated in central Oklahoma, Cleveland County is bounded by Oklahoma County on the north, Pottawatomie County on the east, McClain County on the south, and Canadian County on the west. Named for former Pres. Grover Cleveland, the county lies in the Red Bed Plains physiographic region except for the southern corner, which is situated in the Sandstone Hills. The county's total land and water area of 558.34 square miles is drained by the Little River and by the Canadian River, which forms the southern boundary. The county is characterized by rolling prairies and rich river bottom soil. In the year 2010 the incorporated towns were Etowah, Lexington, Moore, Noble, Slaughterville, and Norman (the county seat).

Cleveland County's prehistory is represented by fifty-eight identified sites of which four are of the Paleo era (prior to 6000 B.C.), thirty-eight of the Archaic (6000 B.C. to A.D. 1), ten of the Woodland (A.D. 1 to 1000), and six of the Plains Village (A.D. 1000 to 1500). One identified sites is the Thunderbird Dam Site, which relates to the Late Archaic and Woodland periods, circa 500 B.C. to A.D. 1000. Artifacts recovered include dart and arrow points and cord-marked pottery.

Spanish and French explorers and traders were the first Europeans in the area that is now Oklahoma. Their presence resulted from the contest between Spain and France for control of North America. In 1740 French Canadian traders and brothers Pierre Antoine and Paul Mallet traveled east along the Canadian River on their return trip from New Mexico while searching for a trade route to connect Santa Fe with Missouri and New Orleans. After the 1803 Louisiana Purchase, including present Oklahoma, between the 1820s and 1850s American explorers, traders, and military passed through the region. Those who followed the Canadian River across present Cleveland County included the Long-Bell Expedition, the Dodge-Leavenworth Expedition, Nathan Boone, and Josiah Gregg. In 1835 near present Lexington Maj. Richard Mason negotiated peace between the Plains tribes, the Osage, and the Five Tribes at Camp Mason or New Camp Holmes (not to be confused with Fort Holmes or Old Camp Mason, located approximately fifty miles to the east). The site was abandoned in August 1835. However, Auguste P. Chouteau, who had served as an interpreter, established a trading post nearby.

In 1818 the Quapaw ceded the area south of the Arkansas and Canadian rivers in present Oklahoma. During the late 1820s and the 1830s the Creek and Seminole were removed from the southeastern part of the United States to the ceded area. In 1856 an agreement between the two tribes created a Seminole Nation with separate land for them west of the Creek Nation. During the Civil War the Seminole and Creek supported the Confederacy and as a result lost land in the Reconstruction Treaty of 1866. This left an area that became known as the Unassigned Lands, which would be opened to non-Indian settlers on April 22, 1889. Before that, the Kansas Southern Railway (sold to Atchison, Topeka and Santa Fe Railway on February 15, 1899) constructed a line from the Kansas-Oklahoma border to Purcell (McClain County). Cleveland County's principal towns were founded along this railroad line.

Purcell was one of the starting points for the settlers who participated in the Land Run of 1889. The towns of Eto-wah, Moore, Noble, Norman, Lexington, and Slaughterville soon emerged. After the passage of the Organic Act on May 2, 1890, Cleveland County was organized as County Three. Norman was selected as the county seat. In 1891, following the Sac and Fox Opening, a strip of land six miles wide and thirty-one miles long was added to the eastern part of Cleveland County. For a short time Cleveland County was also known as Little River County. At an election on August 5, 1890, the majority of the voters selected Cleveland (in honor of Pres. Grover Cleveland) over the other choice of Lincoln. Initially, county officials rented space until 1893, at which time they moved to a two-story, brick building. That building burned in February 1904, and a new courthouse was completed in 1906. Architect Solomon Layton designed the new edifice, which combined Classical Revival and Second Renaissance Revival styles. The present courthouse was constructed in 1939 and has had additions built in 1979 and 1980. It is listed in the National Register of Historic Places (NR 00001580).

Early settlers focused on establishing educational facilities. Residents could receive higher education in Norman at High Gate College, opened in 1890, and the University of Oklahoma, opened in 1892. In Noble the Noble Academy operated from 1891 to 1895. In 1908 Cleveland County children were served by eighty-six common schools and two high schools. Among African American schools were the Stella School District, West Point School District, and Norris School District in the northeastern corner of the county. At least three schools for African Americans, Rose Hill School District, Banner School District, and McIntosh School District, existed east of Lexington. By 1930 the county had sixty-four one- and two-room schoolhouses, and Norman, Moore, Noble, and Lexington had high schools. The private, nonprofit Hillsdale Free Will Baptist College, located in Moore, opened in the late 1960s. Since 1972 the Moore Norman Technology Center has offered programs in business administration, computer technology, and health careers. At the turn of the twenty-first century Cleveland County had six public school districts: Lexington, Little Axe, Moore, Noble, Norman, and Robin Hill.

Early travel routes followed along the Canadian River and other waterways. Roads eventually developed between military posts and along trade routes. Following the Civil War (1861–65) Texas cattlemen used trails through Indian Territory to move cattle herds to railheads in Kansas. The Arbuckle Trail passed through Cleveland County and joined the Chisholm Trail at Kingfisher. In 1886–87 the Kansas Southern Railway (later the Atchison, Topeka and Santa Fe Railway) provided the first railroad service in present Cleveland County. In 1898 a suspension bridge was constructed from Noble across the South Canadian River. Between 1910 and 1913 the Oklahoma Railway Company built an interurban line from Oklahoma City to Moore and Norman. This line was abandoned in 1947. Max Westheimer Field, located northwest of Norman, served air traffic. Modern motorists used Interstate 35, U.S. Highways 44, 62, and 77, and State Highways 9, 37, and 39.

The following (as per The Chicago Manual of Style, 17th edition) is the preferred citation for articles:
Linda D. Wilson, “Cleveland County,” The Encyclopedia of Oklahoma History and Culture, https://www.okhistory.org/publications/enc/entry?entry=CL013.