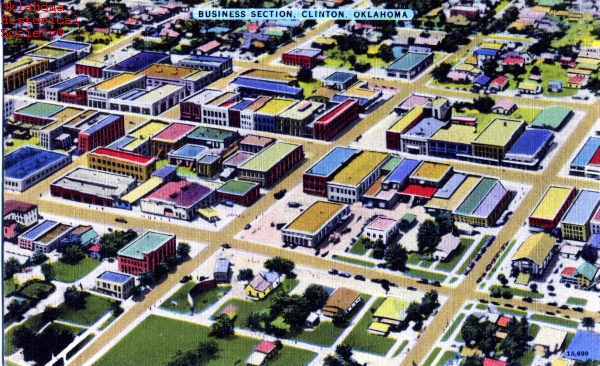 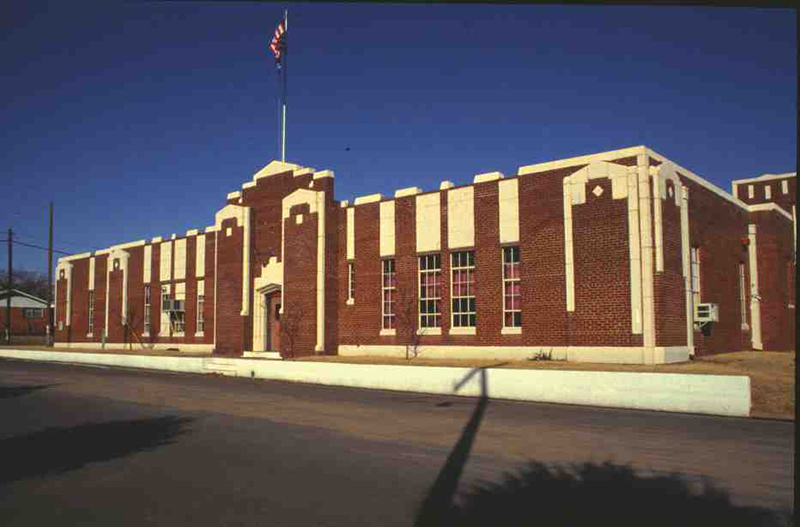 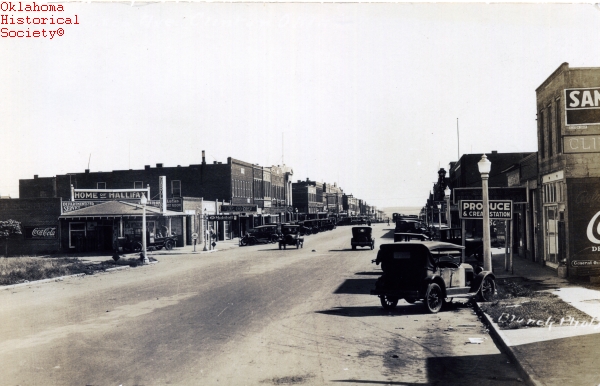 Located in Custer County, Clinton is situated along the Washita River and at the junction of U.S. Highway 183 and Interstate 40, approximately eighty-four miles west of Oklahoma City. Originally a railroad crossing four miles south of Arapaho known as Washita Junction, Clinton was founded when a townsite sale occurred on June 3–6, 1903. The sale was conducted by the Washita Townsite Company, owned by J. L. Avant, E. E. Blake, Tom J. Nance, and F. E. Rickey. The land where Clinton is located was owned by four Cheyenne who had received 160-acre allotments prior to the Cheyenne-Arapaho Opening in 1892. Because it was not legal for American Indians to sell their land, special permission was obtained from the U.S. Congress so that each of the four could sell eighty acres to the townsite company. Fearing competition from a new town, residents of Arapaho, the county seat, filed a lawsuit to stop Clinton's development. The territorial jurist who ruled in favor of the townsite company was named Clinton Irwin. Therefore, the town name was changed from Washita Junction to Clinton in honor of Judge Irwin. The post office was established on May 22, 1903.

At 1907 statehood Clinton's population stood at 1,278. By 1909 the town had five churches, three banks, a flour mill, a cotton oil mill, a broom factory, and two cotton gins. Two weekly newspapers, the Clinton Chronicle and the Custer County News, kept citizens informed. In an agricultural region, Clinton became an active trade center in the early 1900s when the Blackwell, Enid and Southwestern Railroad (later the St. Louis and San Francisco Railway) and the Kansas City, Mexico and Orient Railway (later the Atchison, Topeka and Santa Fe Railway) built lines connecting the community with outside markets. The Western Oklahoma Tuberculosis Sanatorium, built in the early 1920s, became the Clinton Veterans Center in 1972. In the 1930s Swift meat packing company opened and continued as BAR-S in the late 1900s. At the turn of the twenty-first century BAR-S was the largest employer in Clinton, with five hundred workers producing specialty meats. Cotton was the leading crop in the early years. However, cattle, wheat, and various feed crops form the present economic base. Between 1942 and 1975 the federal government boosted the local economy by operating an airfield first known as Clinton Naval Air Station and later as Clinton-Sherman Air Force Base.

The following (as per The Chicago Manual of Style, 17th edition) is the preferred citation for articles:
Dee Ann Ray, “Clinton,” The Encyclopedia of Oklahoma History and Culture, https://www.okhistory.org/publications/enc/entry.php?entry=CL016.