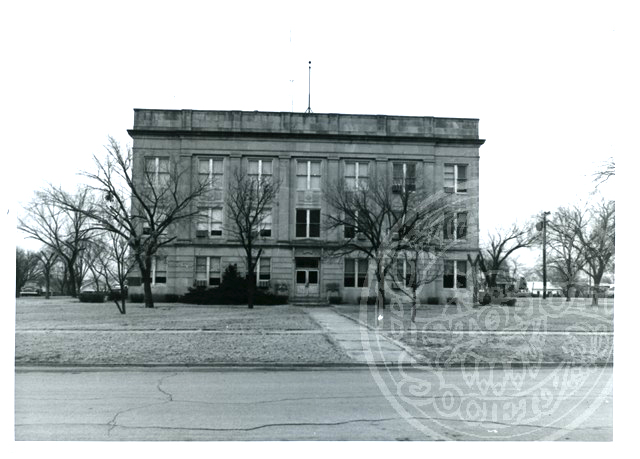 Located in southwestern Oklahoma, Cotton County is bordered by the Red River on the south, Tillman County on the west, Comanche County on the north, and Stephens and Jefferson counties on the east. The topography is typical of a plains environment, with a mixture of grasses prevalent. The western edge of the Cross Timbers invades the county's eastern portion. The creeks and streams, including Cache Creek, drain to the southeast into the Red River. Cotton County has 641.94 square miles of land and water.

Little archaeological evidence exists concerning Paleo-Indian or Archaic use of resources in the present Cotton County area. Although still underrepresented in comparison to other parts of the state, the Woodland and Plains Village cultures comprise the majority of the county's precontact sites. Protohistoric sites are also rare. The Great Spanish Trail ran through the southern portion of the county. Traders Holland Coffee and Able Warren occupied posts there. Many explorers traversed the county's Red River valley, including Capt. Randolph B. Marcy (1852).

In 1855 a Choctaw-Chickasaw agreement held that they would lease a part of their land to the United States for the Wichita and other Plains tribes. After the 1867 Medicine Lodge Treaty the area became part of the Kiowa-Comanche-Apache reservation. Cotton County's eastern portion opened to non-Indian settlement in the 1901 Kiowa-Comanche-Apache Opening, which distributed land by a lottery system. In 1906 settlers claimed the remainder of the county's land when the Big Pasture, grazing land reserved for Kiowa-Comanche and Wichita-Caddo livestock (with many acres leased to white ranchers), became available through a sealed bid process. The federal government platted five townsites for the Big Pasture opening, Randlett, Eschiti, Ahpeatone, Quanah, and Isadore, with the latter two in present Tillman County. Randlett is the only original town still incorporated. Other incorporated Cotton County towns are Devol, Temple, and Walters.

After the lands opened, the present area of Cotton County was part of Comanche County. In 1910 area residents tried to form a smaller county, to be called Cache, but the proposed election was ruled illegal. In 1912 they voted on the idea again and succeeded, choosing the name Cotton, for the district's prevalent crop, from a list of choices. Cotton was the final county created in the Oklahoma. Gov. Lee Cruce assigned Randlett as the temporary county seat until an election could decide on a permanent location for government offices. On November 14 voters designated Walters over a proposed plan that would place a new town, Paris, in the county's center.

In 1901–02 the Enid and Anadarko Railway, which was conveyed to the Chicago, Rock Island and Pacific Railway Company in 1903, laid tracks from Lawton to Waurika, passing through the towns of Walters and Temple in the eastern part of the county. In 1907 the Wichita Falls and Northwestern Railway built through the county's southwest corner, establishing Devol. Railroad promoters developed several schemes to build a direct route from Lawton to Wichita Falls, Texas, advancing through Randlett. A proposed company, the Lawton, Wichita Falls, and Northwestern Railroad did grade a roadbed, but there is no evidence that the tracks were ever laid.

In the late 1910s an oil and gas boom reached the area, spilling north from the Burkburnett field in Texas. Wildcatters drilled throughout the county, but the Walters field produced the only marketable commercial success. In September 1919 the area averaged thirty-four hundred barrels of oil a day. In 1920 this field had 290 producing wells, of which 32 were gas. The county's southern portion took advantage of its proximity to larger oil pools, with Devol hosting refineries, pumping stations, and pipelines. Although most business and industry revolved around agriculture (mills, gins, creameries, grain elevators, and a poultry company), a large retail outlet made a significant financial presence. Temple's B.&O. Cash Store, said to have opened in 1906, not only drew customers from the surrounding counties and Texas, but also shipped merchandise throughout the United States. In 1929 owners Bob and Ortho Mooney sold the business to Sears and Roebuck, which operated the store until it closed in 1954.

Transportation access has benefited both agriculture and local businesses. The H. E. Bailey Turnpike, Interstate 44, opened in 1964, bisects the county from north to south. Also running north-south are State Highways 5B, 65, a portion of 36, and U.S. Highways 277 and 281. East-west roads include U.S. Highway 70, State Highways 5, 5A, 53, and parts of 36.

The following (as per The Chicago Manual of Style, 17th edition) is the preferred citation for articles:
Larry O'Dell, “Cotton County,” The Encyclopedia of Oklahoma History and Culture, https://www.okhistory.org/publications/enc/entry.php?entry=CO067.