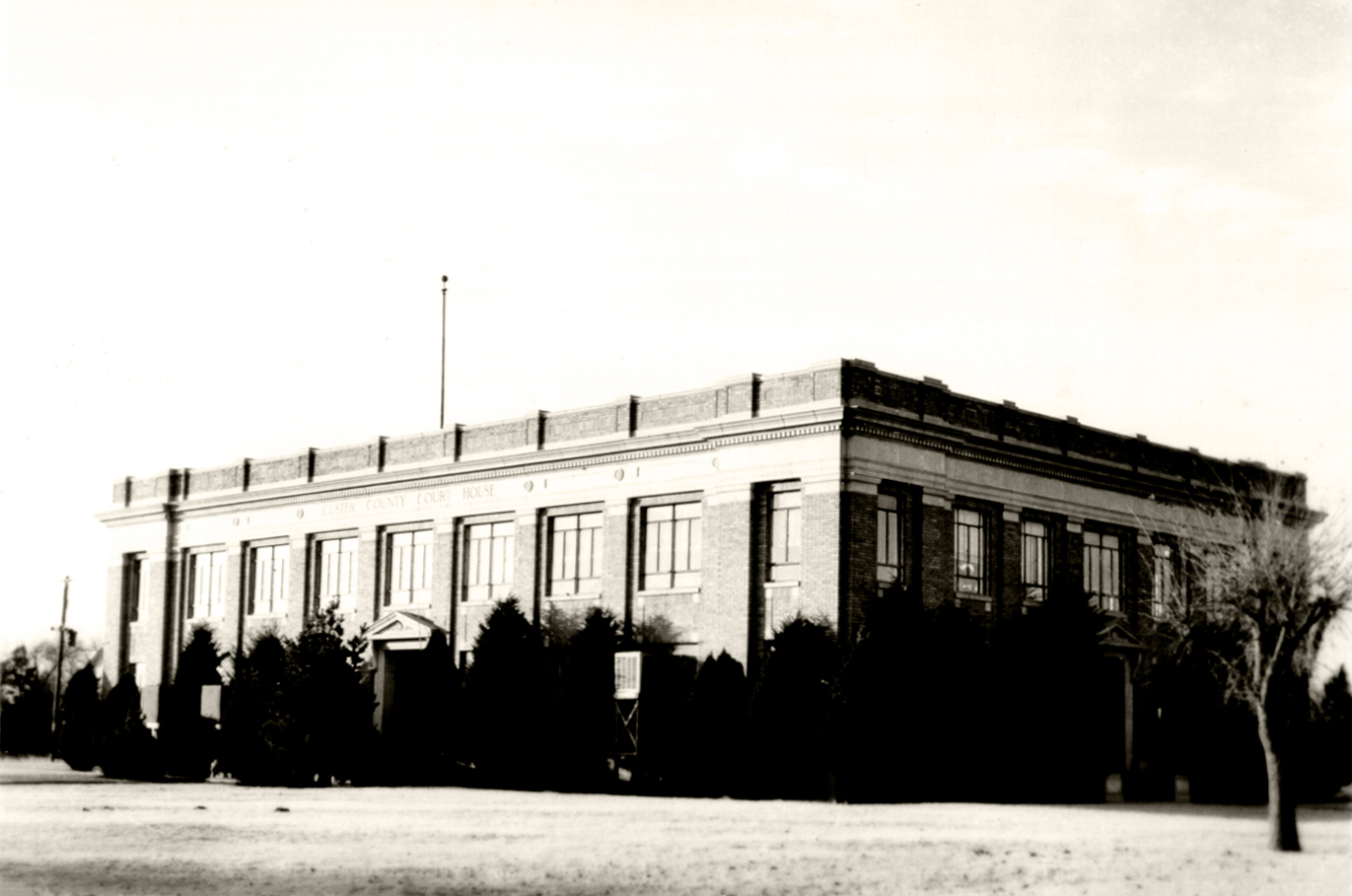 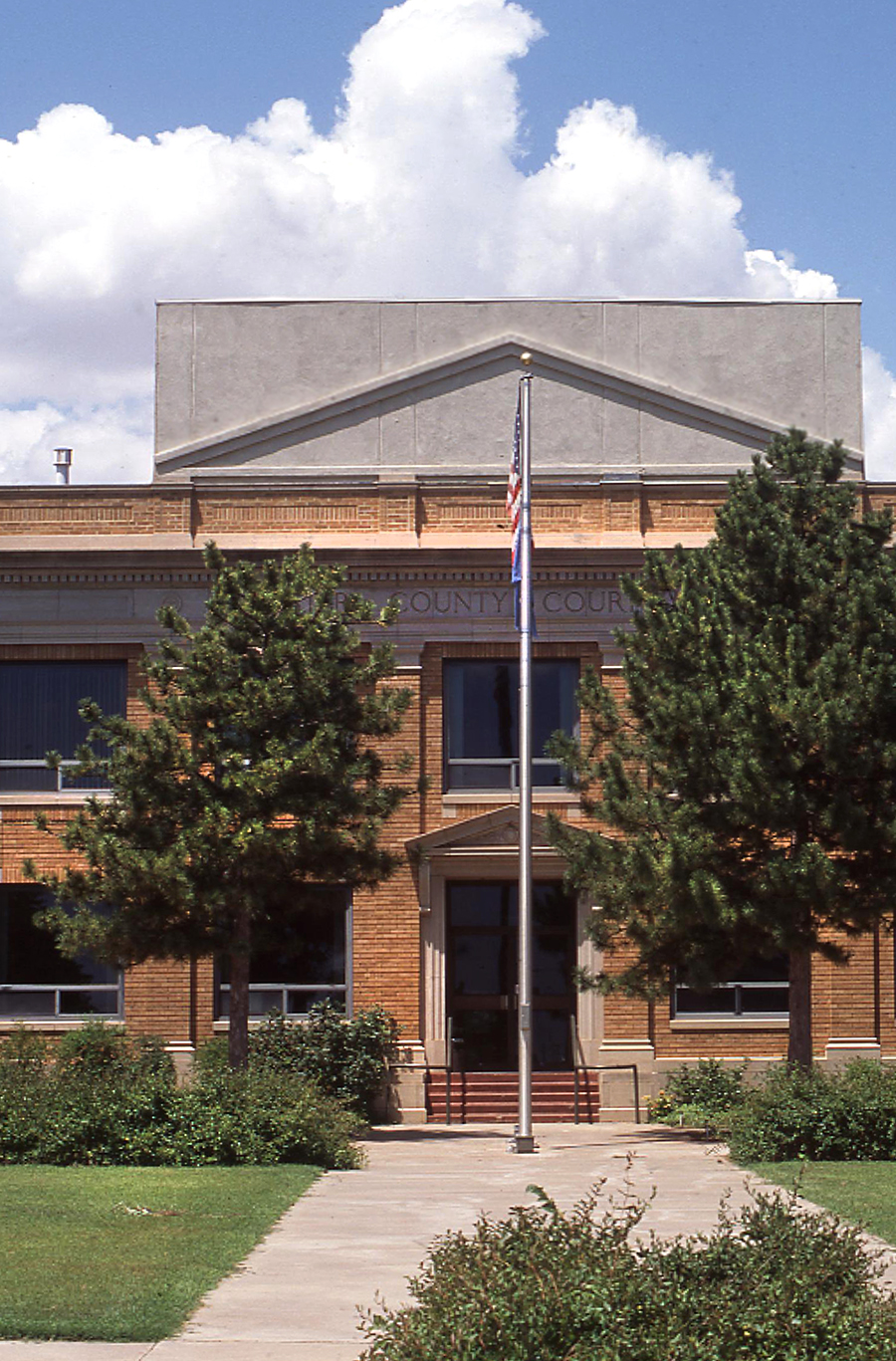 Following the Cheyenne-Arapaho Opening on April 19, 1892, Custer County came into existence as G County, with Arapaho designated as the county seat. In a general election held in November 1896, G County became known as Custer, in honor of Lt. Col. George A. Custer. Located in west-central Oklahoma, Custer County is bordered by Dewey County on the north, Blaine and Caddo counties on the east, Washita County on the south, and Beckham and Roger Mills counties on the west. The Canadian River flows across the northeastern corner of the county. Drained by the Washita River, Custer County has 1,002 square miles of land and water. It lies mostly within the Gypsum Hills physiographic region. In the year 2010 the towns included Butler, Clinton, Custer City, Thomas, Weatherford, and Arapaho (the county seat).

At the turn of the twenty-first century Custer County had 102 identified prehistoric sites. Of significance was the Heerwald Site located west of Clinton. Archaeological evidence indicates the existence of a village where people farmed and hunted bison between A.D. 1250 and 1400. Approximately three hundred years later, intrusion by Europeans occurred in the early 1740s when French explorers and brothers Pierre Antoine and Paul Mallet traveled along the Canadian River, thus crossing through the northeastern corner of present Custer County. In 1820–21 Maj. Stephen H. Long of the U.S. Army Topographical Engineers led a military and scientific reconnaissance expedition across the Great Plains. Long and others ultimately crossed present Oklahoma along the Canadian River. During the 1840s Nathan Boone and Randolph B. Marcy passed through the area.

Present Custer County was situated in the Cheyenne-Arapaho reservation set aside by presidential proclamation in August 1869. After the Cheyenne and Arapaho received their land allotments, the area was opened to non-Indian settlers on April 19, 1892. Prior to the opening a federal government survey platted the town of Arapaho and designated it as the county seat. Custer City, Thomas, Weatherford, and Butler soon developed as agricultural support centers. Because the Kansas City, Mexico and Orient Railroad bypassed the town, Independence, another government townsite, was short lived. After its citizens moved to Custer City in 1902, Independence became a ghost town. In 1903 Clinton developed after the Blackwell, Enid and Southwestern Railroad (later the St. Louis and San Francisco Railway) and the Kansas City, Mexico and Orient Railway (later the Atchison, Topeka and Santa Fe Railway) built lines through the town. Clinton grew rapidly when one hundred buildings were moved from Parkersburg, a community located three miles east of Clinton. The Parkersburg railroad depot was moved to Canute, and Parkersburg became a ghost town in 1906.

On March 8, 1901, the territorial legislature authorized the establishment of a normal school in southwestern Oklahoma Territory. Among the towns that competed for the facility were Mangum, Granite, Cordell, El Reno, and Weatherford. After political maneuvering and the filing of an injunction, Weatherford was victorious. Southwestern Normal School (now Southwestern Oklahoma State University) opened in Weatherford in September 1903, providing county residents the opportunity to receive a higher education. The Science Building constructed on the campus in 1909 is listed in the National Register of Historic Places (NR 84003004).

During the Great Depression federal relief projects not only put county residents to work but also benefited communities. National Guard armories, constructed in Clinton and Weatherford, were added to the National Register of Historic Places in 1994 (Clinton National Guard Armory, NR 94000281 and Weatherford National Guard Armory, NR 94000492). Other federal projects included improvement of farm-to-market roads, construction of a community building in Arapaho, and addition of a city park and athletic field in Clinton.

Custer County's economy has been primarily based on agriculture. The major crops have included wheat, alfalfa, and broomcorn. Among the progressive farmers were the Amish, the Dunkards, and the River Brethren, who located in and around Thomas. In 1930 Custer County had 25,671 head of cattle, 7,759 horses, and 6,496 swine. In 1935 the county had 2,747 farms operated by 1,354 owners, 1,384 tenants, and nine managers. Agricultural income was estimated at $12.1 million in 1959. At the turn of the twenty-first century, Custer County had 788 farms, consisting of 624,729 acres.

Like other counties, improved transportation came about with the advent of the railroads and the Good Roads Movement. With better farm-to-market roads extending to the railroad shipping points, farmers reaped the benefits of outside markets. In 1898 the Choctaw, Oklahoma and Gulf Railroad (later the Chicago, Rock Island and Pacific Railway) reached Weatherford and continued to build a line from the eastern part of Custer County to the west and southwest, passing through Clinton. In the early 1900s the Blackwell, Enid and Southwestern Railroad (later the St. Louis and San Francisco Railway) and the Kansas City, Mexico and Orient Railway (later the Atchison, Topeka and Santa Fe Railway) built lines from the northeastern part of the county through the central part. Between 1909 and 1912 the Clinton and Oklahoma Western Railway (later the Atchison, Topeka and Santa Fe Railway) connected Butler to Clinton and Strong City (Roger Mills County).

On September 20, 1912, citizens organized the Custer County Good Roads Association. That same year the Custer City Commercial Club members worked on the roads leading to their town when funding for road improvements was depleted. In 1930 the county spent $900,000 on paved roads. In 1968, 1972, 1974, and 1975 Custer County received the annual Oklahoma Good Roads and Streets Association Achievement Award for having the most progressive road improvement program. At the turn of the twenty-first century Custer County was served by Interstate 40, U.S. Highway 183, and State Highways 33, 47, 54, and 73. Thomas, Weatherford, and Clinton had municipal airports.

The following (as per The Chicago Manual of Style, 17th edition) is the preferred citation for articles:
Linda D. Wilson, “Custer County,” The Encyclopedia of Oklahoma History and Culture, https://www.okhistory.org/publications/enc/entry.php?entry=CU010.