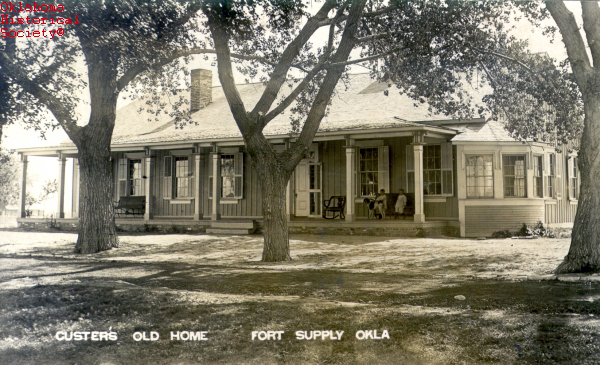 On November 27, 1868, famed U.S. Army officer Lt. Col. George A. Custer led an attack against the Southern Cheyenne village of Chief Black Kettle in the Battle of the Washita. Custer was born on December 5, 1839, in Harrison County, Ohio, and his only career was that of soldier. After the Civil War he became lieutenant colonel in the U.S. Army Seventh U.S. Cavalry.

After an unsuccessful campaign against the Cheyenne in 1867, the army planned a winter assault when the Indians were vulnerable. Leaving from near Fort Dodge, Kansas, on November 12, 1868, Custer escorted his troops to Camp Supply in Indian Territory. At dawn on November 27 he led the Seventh against Black Kettle's camp of some 250 Cheyenne along the Washita River. In the chaos that followed, an undetermined number of Cheyenne, including Black Kettle, and twenty-two soldiers were killed. Custer died in the Battle of the Little Big Horn on June 25, 1876.

George Armstrong Custer, My Life on the Plains or, Personal Experience with Indians (Norman: University of Oklahoma Press, 1962).

The following (as per The Chicago Manual of Style, 17th edition) is the preferred citation for articles:
Stephen Black, “Custer, George Armstrong,” The Encyclopedia of Oklahoma History and Culture, https://www.okhistory.org/publications/enc/entry?entry=CU011.