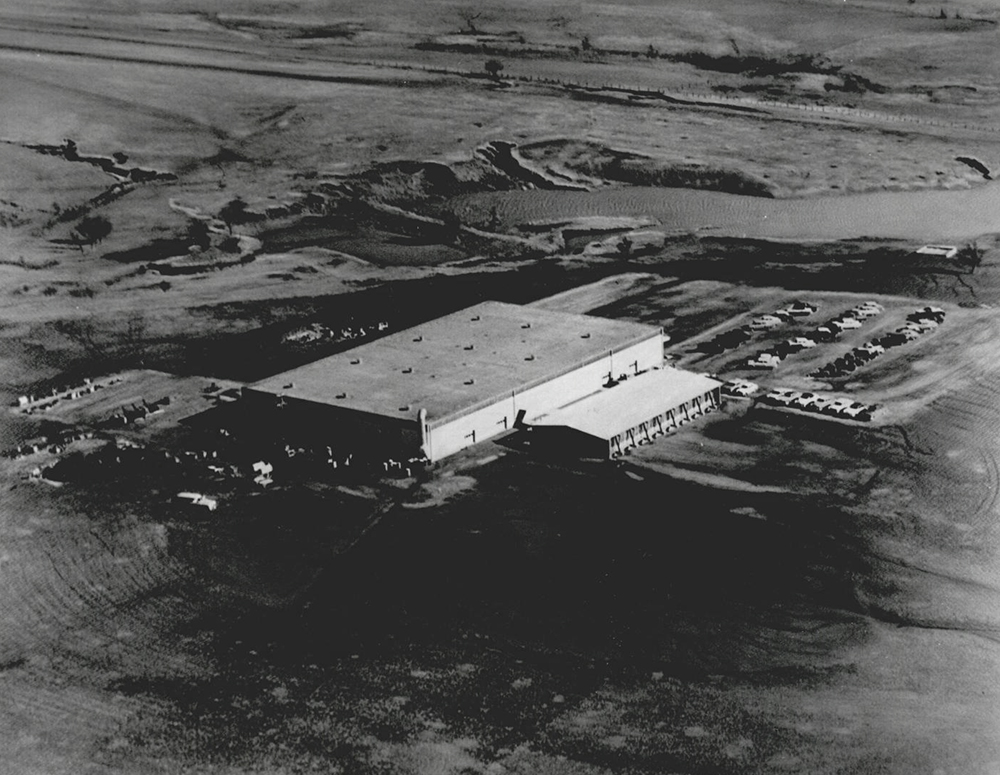 In 2002 the Charles Machine Works celebrated its centennial. Founded in 1902 by German immigrant Carl Frederick Malzahn, the company was originally known as the Malzahn Blacksmith Shop. By 1913 Carl's two sons, Gustave "Gus" and Charles "Charlie," took over the business and renamed it Malzahn Brothers' General Blacksmithing. Following Gus's death in 1928, Charlie Malzahn relocated the business and renamed it Charlie's Machine Shop. In 1944 he convinced his son Edwin "Ed" to join the family business. A mechanical engineer, Ed Malzahn observed workmen digging a trench by hand in 1948, and he also noticed that equipment used for the major utility lines was of little use for the smaller residential service lines. He conceived the idea of building a compact trenching machine that could replace "pick and shovel work" associated with residential utility services. Thus, Ditch Witch was born.

The first Ditch Witch machine was placed on the market at a price of $750. Before the end of the 1950s the company acquired 160 acres of land west of Perry and constructed a new plant. In 1958 the Charles Machine Works was incorporated, with Charlie and Ed Malzahn as equal partners. That same year, Ditch Witch sales went international with an outlet in Australia. By 1969 Ditch Witch customers included utility, telephone, and cable television companies, government agencies, and general contractors.

With more than a thousand employees, the Charles Machine Works is the largest employer in the town of Perry and in Noble County. The company has produced and sold more than half of the world's trenching machines. The company has also developed horizontal directional drilling products, electronic locating devices, and vibratory plows.

In December 2002 the American Society of Mechanical Engineers designated the Ditch Witch Model DWP Service-Line Trencher, one of Malzahn's original trenchers, as a National Historic Mechanical Engineering Landmark. This designation was the first awarded not only in Oklahoma but in the international underground construction industry as well. Fortune magazine has twice honored the trencher as one of the one hundred best products manufactured in the United States. Edwin Malzahn died in 2015, and in April 2019, Charles Machine Works was acquired by the Toro Company.

The following (as per The Chicago Manual of Style, 17th edition) is the preferred citation for articles:
Carolyn G. Hanneman, “Ditch Witch,” The Encyclopedia of Oklahoma History and Culture, https://www.okhistory.org/publications/enc/entry.php?entry=DI010.