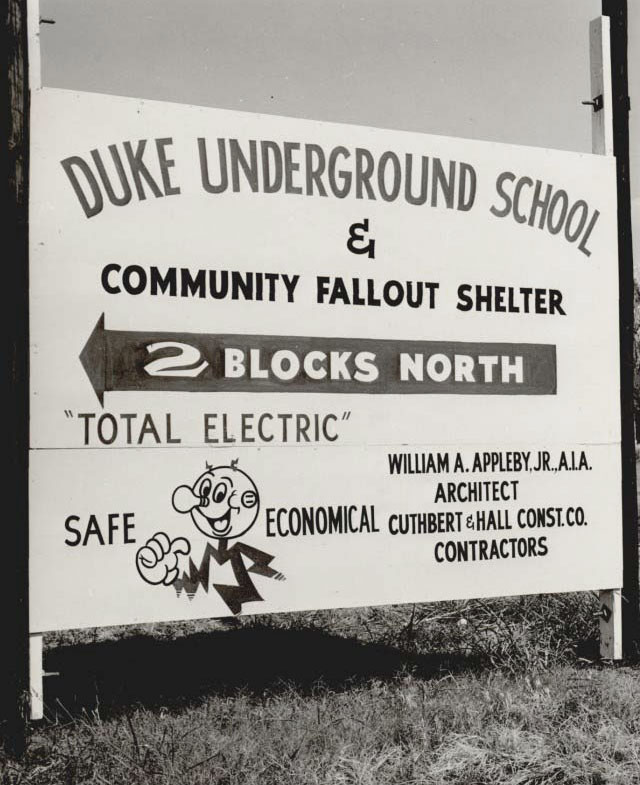 Formerly known as East Duke and located on U.S. Highway 62 and State Highway 34, Duke lies fourteen miles west of Altus in western Jackson County, which was originally part of Old Greer County. In 1890 A. L. Perry founded Duke, established a general store, and applied for a post office. The charter was granted September 11, 1890, and the post office was named Duke after Judge F. B. Duke of Mangum. In 1906 the town was platted. By 1909–10 Duke was a thriving agricultural trade center with approximately 350 residents, three churches, a bank, a grist mill, a cotton gin, and a newspaper, the Duke Times. Speculation over the location of the railroad sparked a separation in the community.

For several years the populace was divided into New Town and Old Town, with separate schools placed four hundred yards apart. The conflict increased in 1910 when the Altus, Wichita Falls and Hollis Railway (later the Missouri, Kansas and Texas Railway) located halfway between the two communities. However, in 1915 a dramatic ceremony celebrated the uniting of the two towns into Duke; the towns' representatives literally buried a hatchet that was delivered in a horse-drawn hearse. The New Town (now Duke, also known as East Duke) offered free lots and free moving for persons to relocate. Old Town, or "West" Duke, no longer exists.

Population stood at 502 in 1920 and peaked at 543 in 1930 before dropping to 412 in 1940 and 333 in 1960. Between 1926 and 1936 ten gunfights caused ten homicides. Concerned citizens tightened the law enforcement, and Duke produced outstanding jurists and persons in public life. In 1960 Republic Gypsum purchased local gypsum deposits and built a wallboard plant west of town. The population rose to 486 by 1970. The public school is a modern, underground facility with efficient heating and cooling systems. At the turn of the twenty-first century Duke, with a population of 445, was supported by farming and ranching, with cotton raised on irrigated land, wheat on unirrigated land, and cattle on wheat and pastures. The 2010 census counted 424 residents.

The following (as per The Chicago Manual of Style, 17th edition) is the preferred citation for articles:
Tal Oden, “Duke,” The Encyclopedia of Oklahoma History and Culture, https://www.okhistory.org/publications/enc/entry.php?entry=DU014.