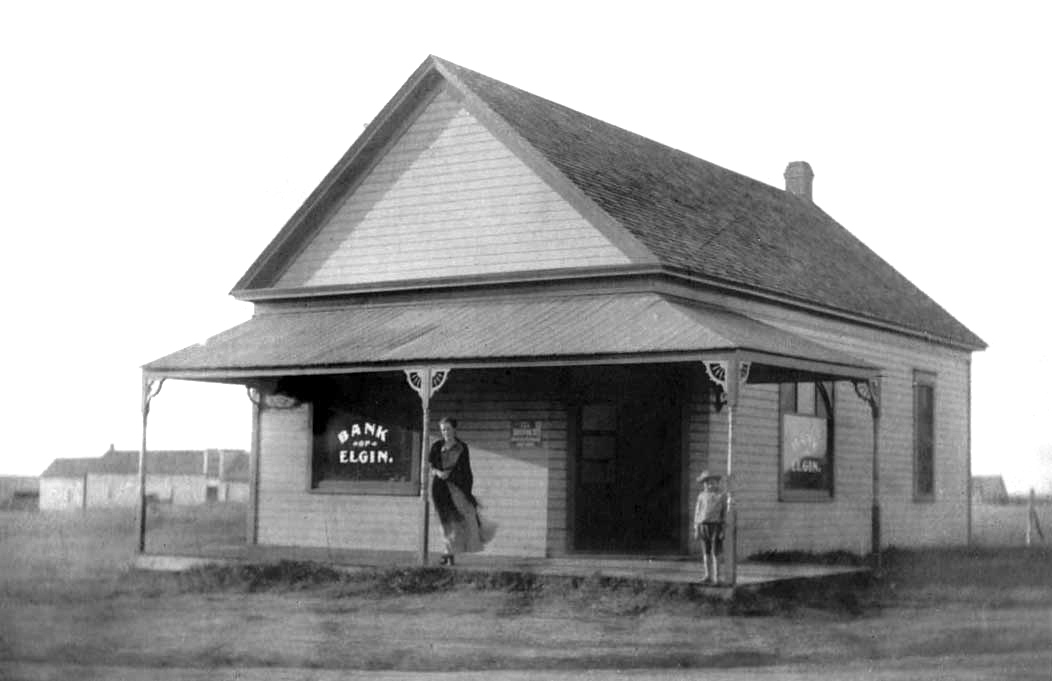 Elgin is located in the northeastern corner of Comanche County, one mile south of Interstate 44 and near the intersection of U.S. Highway 277 and State Highway 17. The rectangular eastern section of the Fort Sill Military Reservation is directly south of the community. The town's post office was established in April 1902 under the name Ceegee, derived from the initials of prominent Oklahoma City developer Charles G. Jones. When the U.S. Post Office Department objected to the unusual designation, the name was changed to Elgin in July of that year.

Elgin developed as a result of the Oklahoma City and Western Railroad's (later the St. Louis and San Francisco Railway) construction of a line from Chickasha to Lawton between 1901 and 1903. With agriculture providing its economic support, the community made steady progress through the twentieth century. By 1915 the town had a grain association, two grain elevators, and a telephone exchange. Over the years the area around Elgin also enjoyed a limited amount of oil and gas activity. With the spread of the Fort Sill Military Reservation the town opened to other opportunities. In the late 1990s Elgin was selected as a site for a U.S. Department of Defense manufacturing plant. While taking longer than anticipated, and with other changes in the final product, the construction of the plant began in 2007.

The Comanche County Chronicle currently serves the Elgin community. During the town's first decade of existence several newspapers were published there, including the Elgin News, Elgin Chief, the Elgin Echo, and the Elgin Tribune. The Farmers' Champion was published in the community from 1912 to 1922.

The following (as per The Chicago Manual of Style, 17th edition) is the preferred citation for articles:
Cynthia Savage, “Elgin,” The Encyclopedia of Oklahoma History and Culture, https://www.okhistory.org/publications/enc/entry.php?entry=EL006.