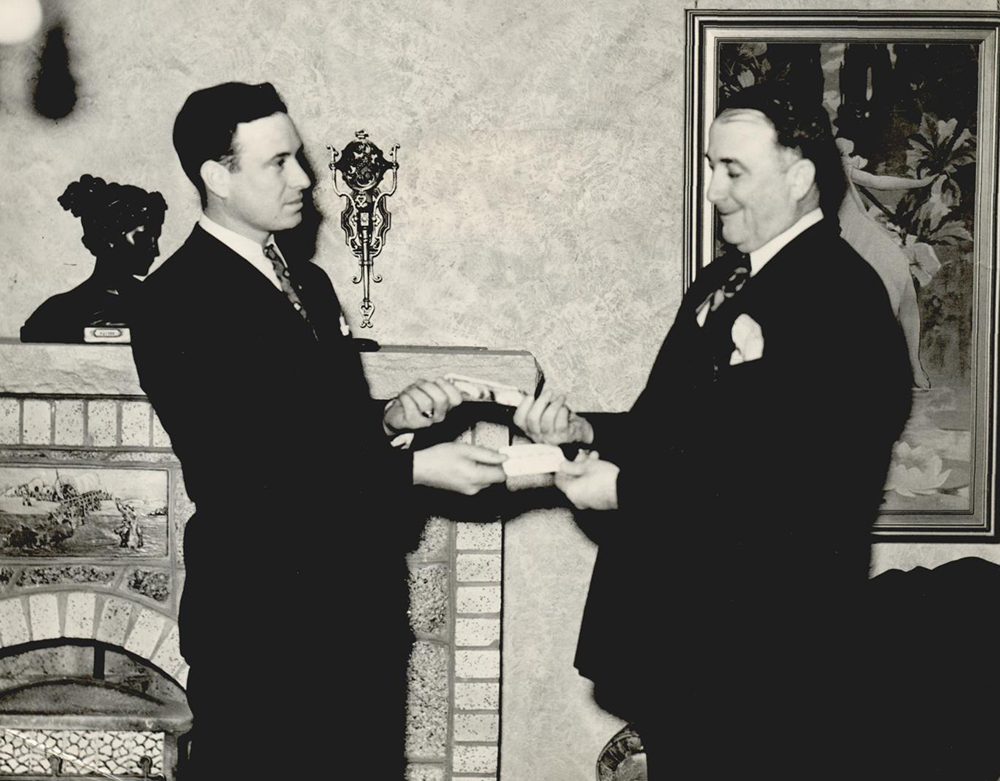 Long prominent in state Democratic politics, U.S. Rep. Scott Ferris was born in Neosho, Missouri, on November 3, 1877, to Scott and Annie M. Ferris. He graduated from Newton County (Missouri) High School in 1897 and Kansas City School of Law in 1901. That same year he settled near Lawton, Oklahoma, and began practicing law. In 1904 he was elected to the Oklahoma Territorial House of Representatives, representing the Twenty-second District. In June 1906 he married Grace Hubbert of Neosho.

At statehood Ferris was elected to the U.S. House of Representatives, and he served from November 16, 1907, until March 3, 1921. Originally representing Oklahoma's Fifth District, he represented the Sixth District after the 1914 election. He chaired the Committee on Public Lands from 1913 to 1919. He also sat on the Indian Affairs, Territories, and the Expenditures in the Department of Labor committees. In 1912 and 1916 he was a delegate to the Democratic National Conventions.

In the 1920 primary for a U.S. Senate seat, Ferris defeated incumbent Thomas Pryor Gore, who had opposed Pres. Woodrow Wilson's war and peace policies. The contest split the party wide open. Because of this and voter backlash against the administration, Ferris lost the general election to Republican John William Harreld.

From 1921 to 1924 Ferris worked in the oil business in New York City. Returning to Oklahoma in 1925, he continued his business interests and resumed his law practice. In 1924 Oklahoma's Democratic Party chose him as national committeeman, and he served in that position until 1940. In 1934 he failed to secure candidacy for state attorney general, but because he supported E. W. Marland for governor, he became chairman of the Highway Commission. Ferris also owned and managed the Cotton Exchange Building in Oklahoma City. He died in Oklahoma City on June 8, 1945, and was interred in Rose Hill Cemetery.

The following (as per The Chicago Manual of Style, 17th edition) is the preferred citation for articles:
Todd J. Kosmerick, “Ferris, Scott,” The Encyclopedia of Oklahoma History and Culture, https://www.okhistory.org/publications/enc/entry.php?entry=FE015.