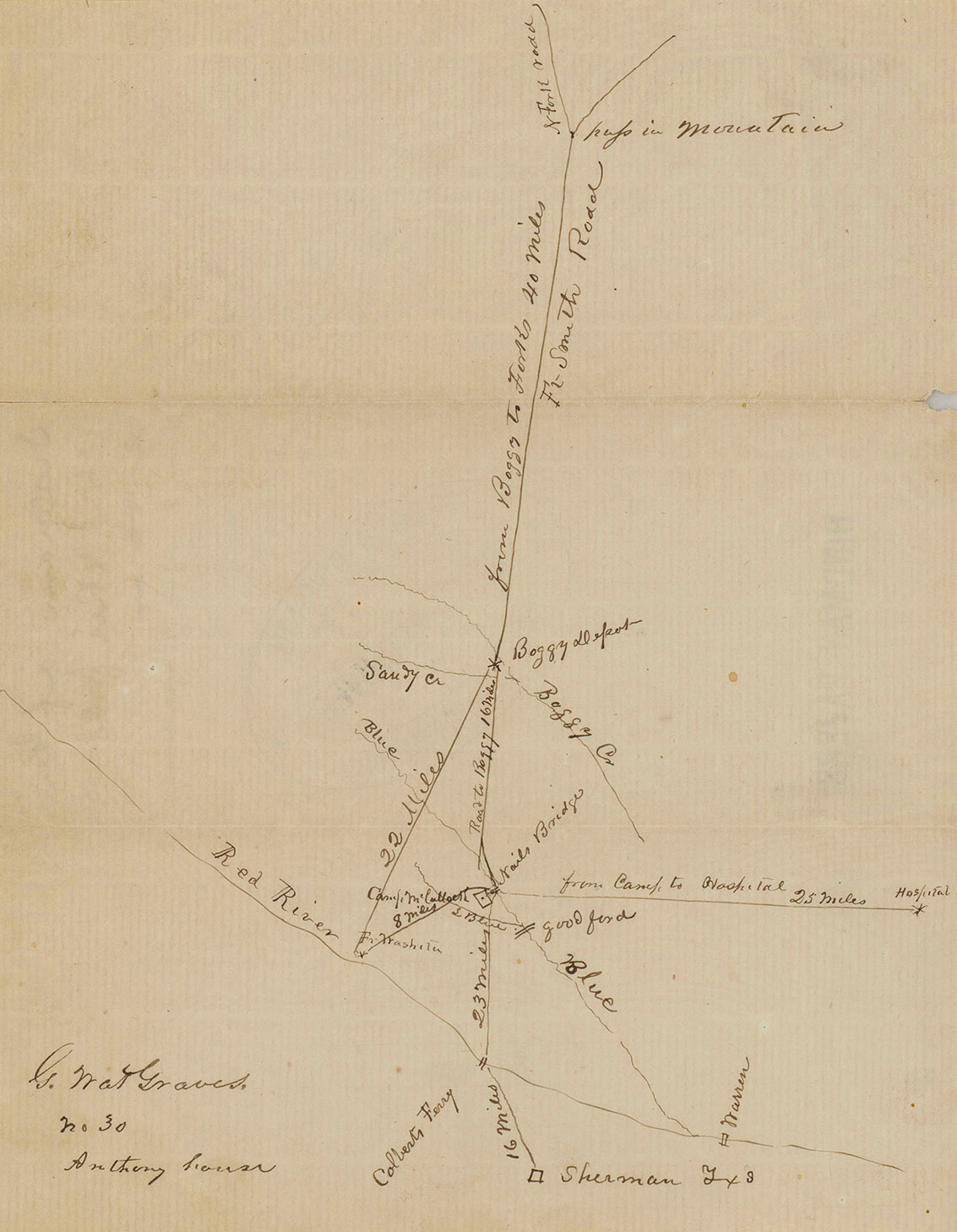 "Diagram of Gen'l Pike's Fortifications" at Boggy Depot [not to scale and not geographically accurate], sketch by unknown Confederate officer, 1862. North is at top of map.
(image courtesy of the National Archives, Record Group 109, Confederate Records, maps, 70653039).

Fort McCulloch was the main Confederate fortification in southern Indian Territory during the Civil War. Built by troops under the command of Brig. Gen. Albert Pike, Fort McCulloch was positioned on a bluff on the south bank of the Blue River about three miles southwest of Kenefic in present Bryan County, Oklahoma.

After the Confederate defeat at the Battle of Pea Ridge, Arkansas, in March 1862, Pike abandoned his headquarters at Fort Davis in the Cherokee Nation. Believing the site was vulnerable to Union attack, Pike removed his troops to the Blue River, some 150 miles to the southwest in the Choctaw Nation. Named for Gen. Benjamin McCulloch who died at Pea Ridge, the post was strategically located along routes leading to Forts Gibson and Washita in Indian Territory, Fort Smith, Arkansas, and supply towns in north Texas. Consisting of earthworks and no permanent buildings, the facility was garrisoned by Texas and Arkansas troops. Although the outpost was not abandoned until the war's conclusion, its importance began to fade with Pike's resignation in July 1862. Thereafter it served as a haven for refugees and briefly in 1865 as Gen. Stand Watie's seat of command. The site of Fort McCulloch was placed on the National Register of Historic Places in 1971 (NR 71000659).

The following (as per The Chicago Manual of Style, 17th edition) is the preferred citation for articles:
Jon D. May, “Fort McCulloch,” The Encyclopedia of Oklahoma History and Culture, https://www.okhistory.org/publications/enc/entry.php?entry=FO036.