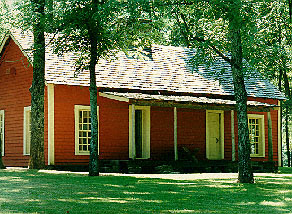 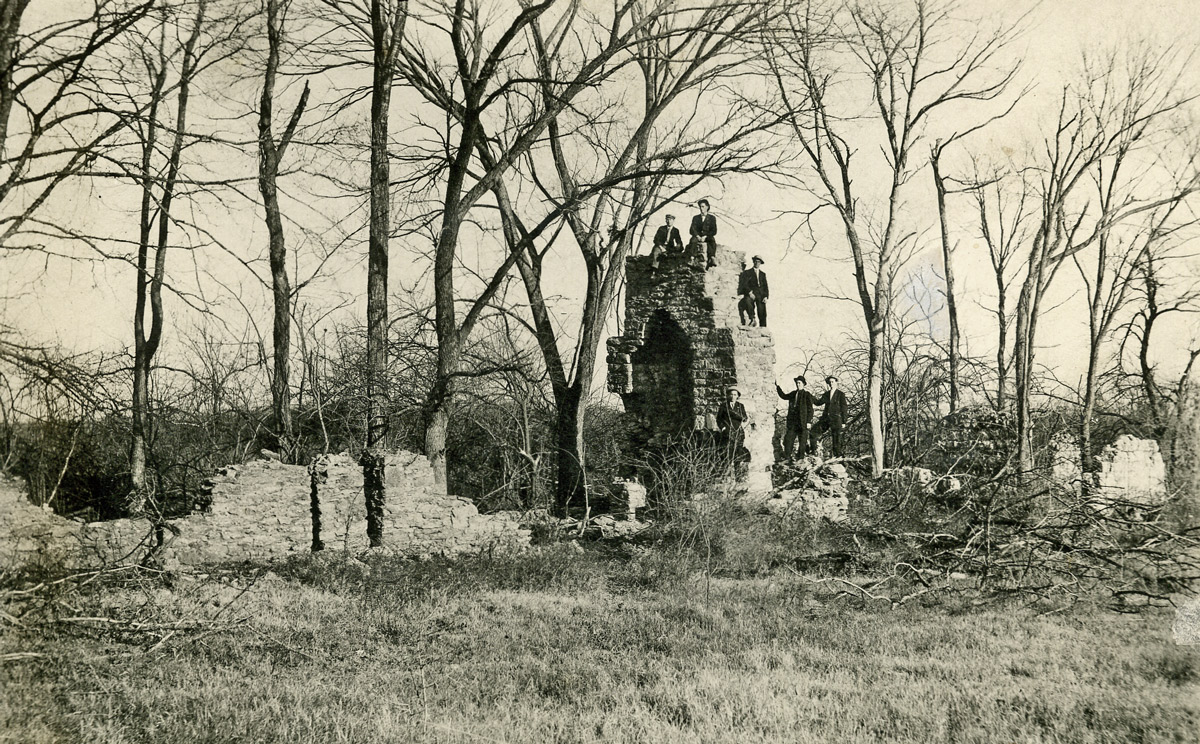 In May 1824 a company of the U.S. Army Seventh Infantry established a camp on Gates Creek near the confluence of the Kiamichi and Red rivers in present Choctaw County, Oklahoma. The outpost, called "Cantonment Towson," was named for Gen. Nathan Towson, a hero of the War of 1812 and then army paymaster general. The post was established as a fortification on the international boundary with Mexico (Texas), and as a curb to lawlessness in the region. It was also intended to serve as a buffer between Plains Indians to the west and the Choctaw, who were slated for removal to the area from Mississippi.

Operating from a temporary camp of tents and log structures, the troops at the garrison were charged with enforcing the federal law of 1802 that prohibited hunting and unlicensed trading on Indian lands. They were also detailed to the unpopular duty of removing Anglo settlers who believed the area to be a part of Miller County, Arkansas. Other important tasks included the construction of roads connecting the post with Fort Smith, Arkansas, and Fort Jesup, Louisiana.

The post was abandoned in 1829 but was reestablished in 1830 as "Camp Phoenix" when the Treaty of Dancing Rabbit Creek was concluded with the Choctaw. The facility was soon renamed "Fort Towson." Substantial barracks, officers' quarters, and other buildings were constructed. For the next several years the post served as a terminal on the Choctaw Trail of Tears. During the Mexican War (1846–48) Fort Towson served as a staging area for troops headed for Mexico. By the mid-1850s, however, it was left in the backwaters of a westward advancing frontier. The post was abandoned in 1854, and the remaining troops marched out to forts farther west. Fort Towson witnessed a brief resurgence of importance during the Civil War when Gen. Samuel Bell Maxey chose it as headquarters for Confederate forces in Indian Territory. At the close of the conflict Cherokee Brig. Gen. Stand Watie surrendered at Doaksville, near the fort, becoming the last Confederate general officer to surrender. Many historical figures have been associated with Fort Towson. Jefferson Davis, later president of the Confederacy, was stationed there as a young lieutenant, and Sam Houston was known to have visited there and in nearby Doaksville. Others who may have visited Fort Towson include Davy Crockett, Benjamin Bonneville, and Ben Milam, a hero of the Texas Revolution.

The Oklahoma Historical Society acquired the Fort Towson property in 1967. Since then, numerous archaeological investigations have been conducted. A Visitor Center and period sutler's store are open to the public.

The following (as per The Chicago Manual of Style, 17th edition) is the preferred citation for articles:
Keith Tolman, “Fort Towson (fort),” The Encyclopedia of Oklahoma History and Culture, https://www.okhistory.org/publications/enc/entry.php?entry=FO044.