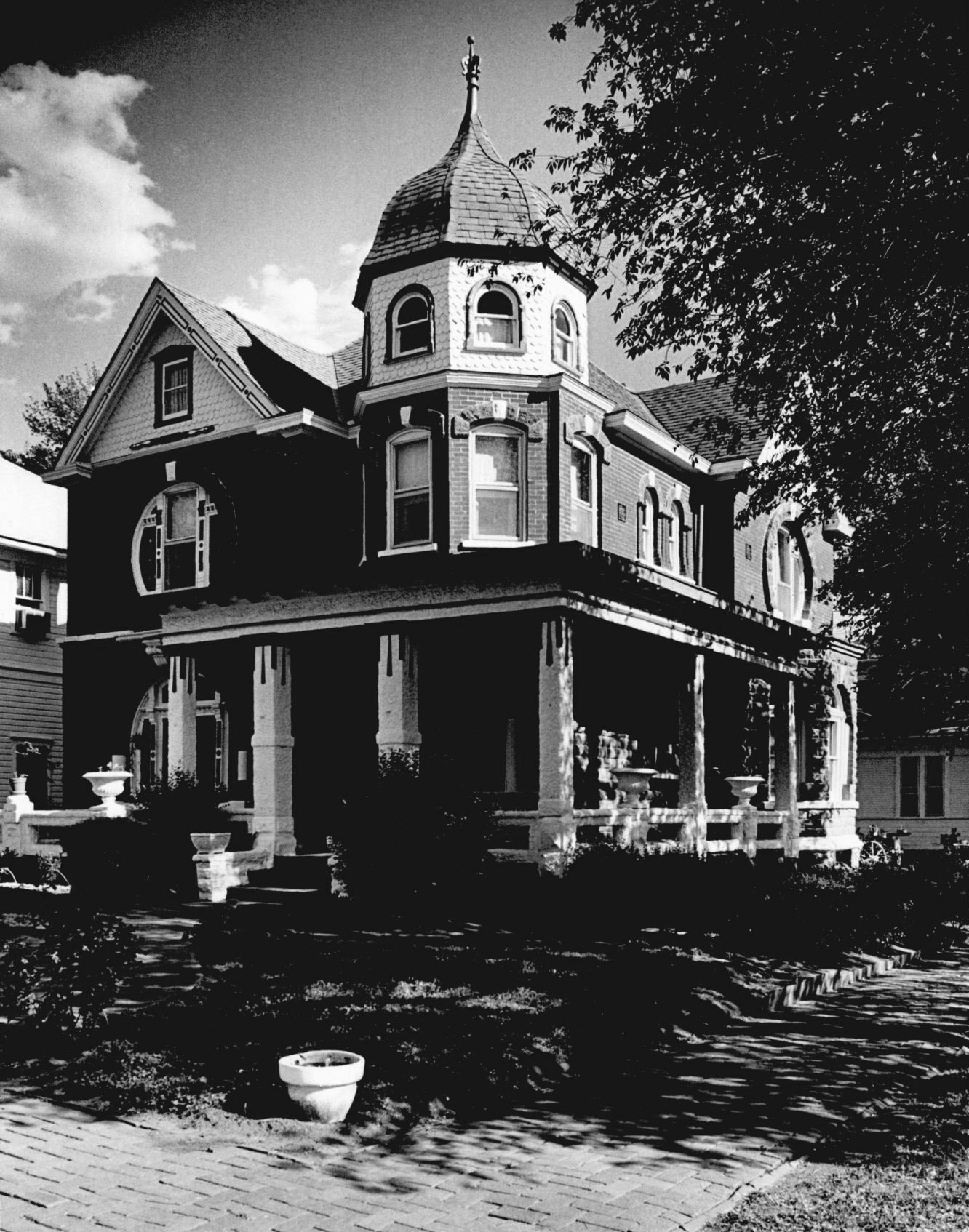 The remarkable visual character of the urban streetscape of Guthrie, Oklahoma, was dominated by the influence of the European architect Joseph Foucart, the first to establish a professional practice in Oklahoma Territory. The son of Katherine Mater and John Pierre Foucart, a prominent French family, Joseph Pierre Foucart was on born November 14, 1848, in Arlon, Belgium. His education included classical studies at the Royal Athenaeum in Arlon and civil engineering and architecture at Ghent, graduating in 1865. He worked several years as an engineer and served in the French army during the Franco-Prussian War. In the early 1870s he began his career in architecture, overseeing construction of the castle of Viere and later assisting the architect for the King of Belgium on several projects. In 1880 he moved to Paris to serve as chief draftsman for the new city hall. He married Frances Henrietta Jacques in France, who died there, and later married Mary Philomene Jacquart née Coen in 1885. Foucart immigrated in 1888 and settled in Guthrie within two months of the land run of 1889 to begin an architectural practice in America.

Foucart's buildings in the commercial district of Guthrie reflect the writings of the French architectural theorist Eugene Viollet-le-Duc with an emphasis on structural determinism and Gothic styling. The buildings have load-bearing masonry walls that are penetrated with arched openings, with lintels often accented by contrasting stone to signify their structural importance. Pilasters and engaged piers are expressed as vertical supports, and in some cases cast-iron columns are used in a completely undisguised manner. Foucart's designs reveal a preference for the Gothic. They are often asymmetrical, yet the most telling Gothic element, the pointed-arch window, is missing, and instead the windows are rounded arches and arches with a keyhole shape. The domes on the turrets and oriels on some of his buildings suggest a Russian influence. There is also a suggestion of influence by the American Romanesque Revival architect H. H. Richardson, with the rough-cut stone walls and arched windows that combine stone lintels with contrasting-colored stones in the arches.

One of Foucart's most prominent early buildings was the Grey Brothers Block. The lower part of the façade is pierced by several large arched openings with rough-cut lintels. The rhythm of the second floor then changes to a series of closely spaced double-hung windows, each crowned with a panel of patterned and corbelled brick. At the cornice is an elaborate sheet-metal band composed of a small-scale, decorative motif and accented by large pinnacles that extend both above and below the band. The effect is one of a progression of elements defined by different visual scales and textures ranging from large, rough elements at the bottom to small, smooth elements at the top. Another important commission was the State Capital Publishing Company. Built in 1902, it is remarkable for the simplicity and subtlety of the wall surfaces, door and window placement, and details. The primary façades are unusually flat and restrained, yet the open, three-dimensional tower, capped with a Russian onion dome, is a powerful sculptural counterpoint that draws immediate attention to the corner of the building.

During the last decade of the nineteenth century and the first decade of the twentieth Foucart became the premier architect of Oklahoma Territory. He received important commissions outside of Guthrie, including the library for Oklahoma A&M College at Stillwater. After 1907 statehood he left Guthrie and lived briefly in Sapulpa and Muskogee. Although he continued to practice, his buildings in Sapulpa lacked the vigor of his earlier work. Foucart died in Muskogee on April 11, 1917.

The following (as per The Chicago Manual of Style, 17th edition) is the preferred citation for articles:
Arn Henderson, “Foucart, Joseph Pierre,” The Encyclopedia of Oklahoma History and Culture, https://www.okhistory.org/publications/enc/entry.php?entry=FO053.