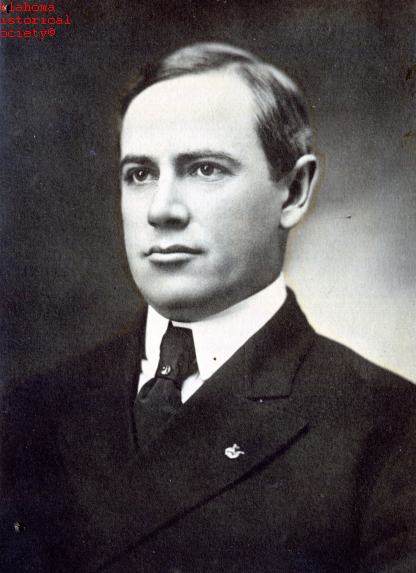 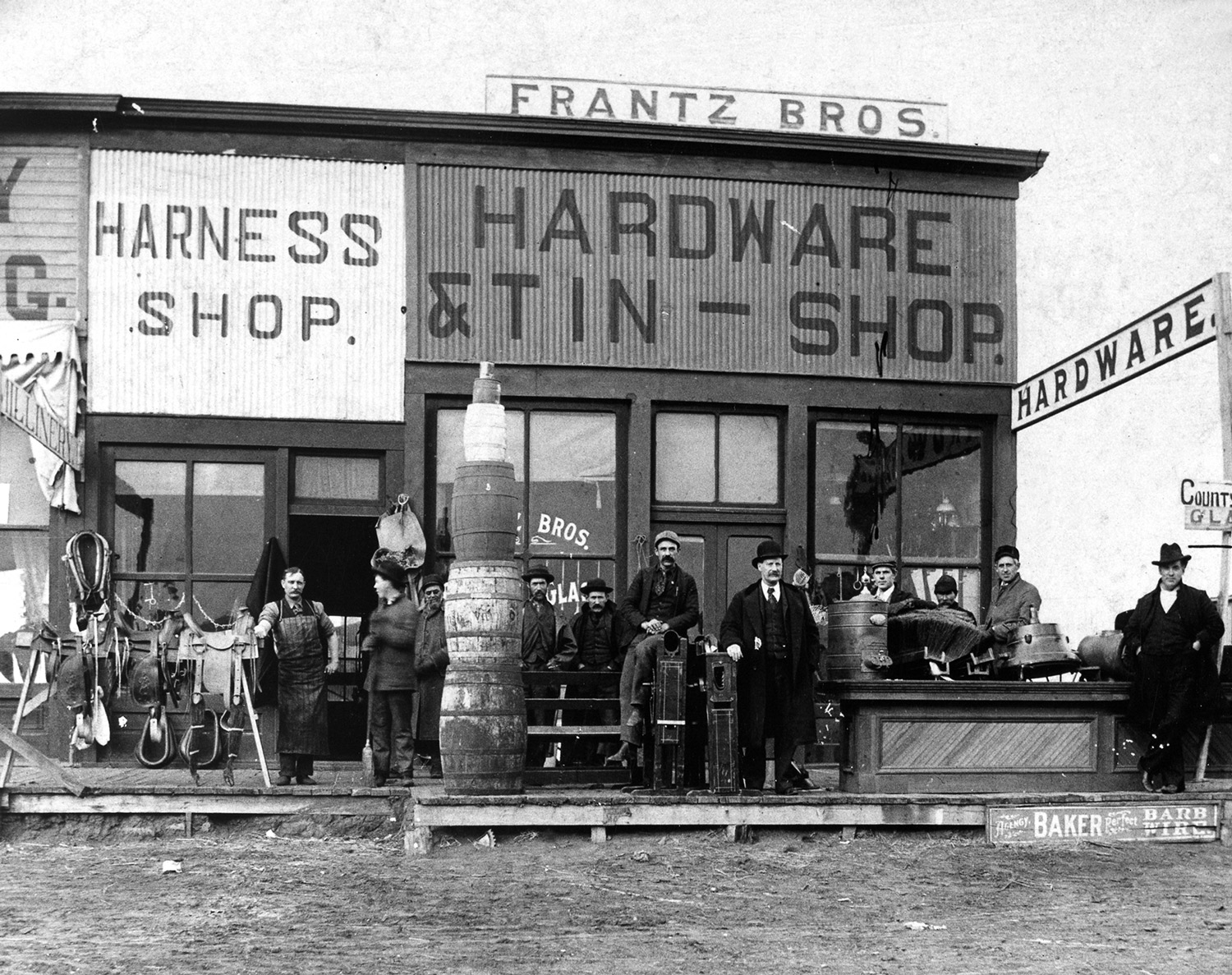 A governor of Oklahoma Territory born at Roanoke, Illinois, on May 7, 1872, Frank Frantz moved to Kansas with his family in 1889 and then with his brothers to Medford, Oklahoma Territory, in 1893. After two years of college in Illinois, he worked in California and Arizona. While a mining engineer, Frantz volunteered for Company A of Lt. Col. Teddy Roosevelt's Rough Riders at the outbreak of the Spanish-American War. As a lieutenant and captain, he saw action at San Juan Hill and Santiago, and his battlefield heroism caught Roosevelt's eye. After the war Frantz returned to Oklahoma, settled in Enid, and joined a brother in the hardware business. In 1901 he married Matilda Evans of Oklahoma City, and the union produced five children.

Frantz's wartime association with Roosevelt blossomed into friendship. On his visits to the White House, Frantz, an athlete and a boxer, engaged in several matches with the president, knocking him out on three occasions. Their relationship ensured Frantz's career. The president appointed his young friend postmaster of Enid in 1902 and Osage agent at Pawhuska in 1904. The next year Roosevelt named his former comrade-in-arms governor of Oklahoma Territory. The inauguration came on January 15, 1906.

Gov. Frank Frantz made an invaluable contribution to the future of Oklahoma's educational system.

Discovering that oil companies were drilling on school land (sections of land reserved for funding education and public buildings after statehood) in Pawnee County without obtaining permission, the governor established a policy of requiring those companies to lease the mineral rights. Then he acted to safeguard the state's ownership of mineral rights on state-owned land by securing the removal of the "Warren Amendment" from the Oklahoma Statehood Enabling Bill. After passage of the Enabling Act of 1906 Frantz took steps to locate the remaining amount of school land by filing all of the claims in "No Man's Land," the Panhandle. His agents acquired virtually all of the federal domain in that region for the state. By leasing the land to farmers, the state earned millions of dollars of revenue.

Frantz wanted to be the first governor of the state of Oklahoma, but he lost the election to Charles N. Haskell. Frantz soon moved to Colorado and entered the oil business. In 1915 he returned to Oklahoma as head of Cosden Oil Company's land division. In 1932 he reentered politics but lost a bid to represent Oklahoma in Congress. He died on March 8, 1941, in Muskogee and was buried in Tulsa.

The following (as per The Chicago Manual of Style, 17th edition) is the preferred citation for articles:
Dianna Everett, “Frantz, Frank,” The Encyclopedia of Oklahoma History and Culture, https://www.okhistory.org/publications/enc/entry.php?entry=FR006.