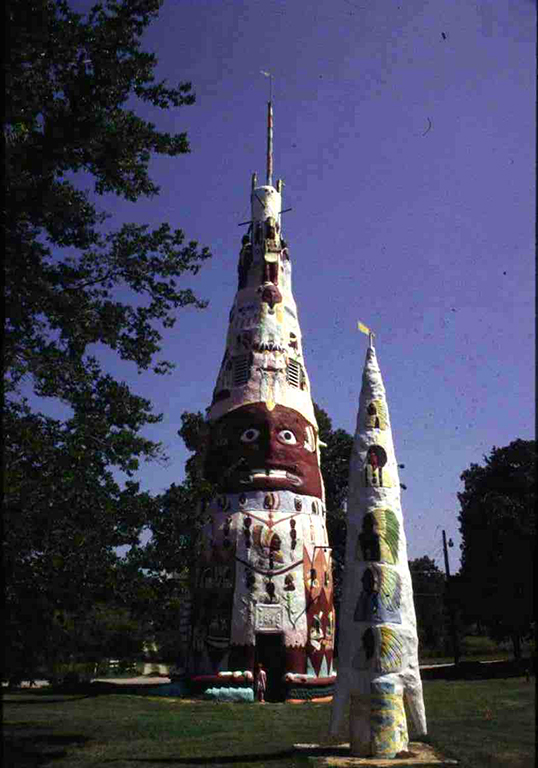 Born on February 18, 1879, in Springfield, Missouri, Nathan Edward Galloway took up wood carving as a youngster. During the Spanish-American War he joined the U.S. Army and saw service in the Philippine campaign of 1899–1901. He left the army in 1904 to return to Springfield, and he married Villie Hooten in 1904 and later adopted a son, Paul. In 1914 the artist is said to have made a number of large, complicated wood carvings to enter in the 1915 Panama-Pacific Exposition, but virtually all were destroyed by a fire before being sent to California.

In 1914 or 1915 Galloway moved to Tulsa. He found work in Sand Springs at the Sand Springs Home, an orphanage established earlier by entrepreneur and philanthropist Charles E. Page. Impressed with Galloway's talent, Page constructed a large shop, and in it Galloway taught woodworking. As part of his duties he also made furnishings for the institution. Among his productions while employed there were a complete merry-go-round, installed in a nearby park, and a pair of carved stone lions, flanking the park's entrance (the latter now reside at the entrance to the Sand Springs Home). Galloway worked at the home until retiring in 1937.

Moving to several acres near Foyil, in Rogers County, Galloway built a house and began to carve a myriad of wooden objects, some for sale, and some for his own artistic gratification. A true craftsman, he was meticulous with detail. Among his productions were literally hundreds of fiddles and hundreds of plaques, hall trees, and smoking stands, most of which were replete with figurative detail. He built a highly decorated "Fiddle House" to store and showcase those items.

Galloway transformed his Foyil property into a sculpture garden reflecting his deep respect for the history and traditions of American Indians. He also began constructing a totem pole park, an installation that grew to include a seventy-foot-tall sandstone cone, supported by a steel armature and covered with a concrete skin, which he decorated with bas-relief images of brightly colored Indian portraits, symbols, and animal figures. In all, the park contains four concrete totems, plus two ornate concrete picnic tables with animal-form seats, a barbecue, and four sets of animal-form gateposts. He hoped to use his work to educate young people about American Indians.

Self-taught, Ed Galloway never received formal artistic training and did not promote himself as an "artist." Because of the style, quality, and quantity of his work Galloway is nationally acclaimed as a "visionary" or "outsider" artist, that is, one whose work is outside the mainstream of formal art. Within the context of Oklahoma folk art his productions have no rival. Galloway died on November 11, 1962.

Ed Galloway's Totem Pole Park was restored through the efforts of the Kansas Grassroots Art Association and the Rogers County Historical Society and was placed on the National Register of Historic Places in 1999 (NR 99000354). The park is located 3.5 miles east of U.S. Highway 66 on State Highway 28A and is open to the public as a picnic ground.

The following (as per The Chicago Manual of Style, 17th edition) is the preferred citation for articles:
Dianna Everett, “Galloway, Nathan Edward,” The Encyclopedia of Oklahoma History and Culture, https://www.okhistory.org/publications/enc/entry.php?entry=GA005.