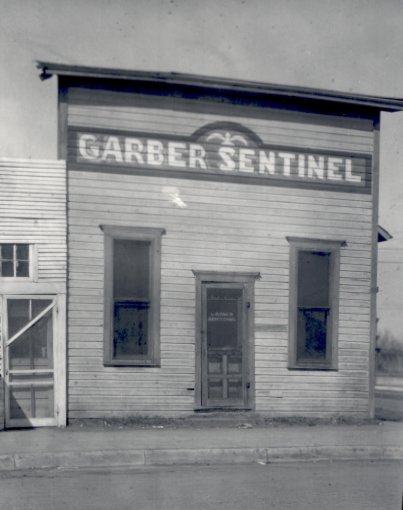 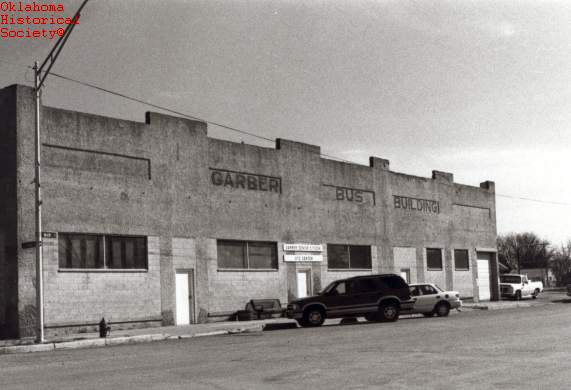 Located in Garfield County in Allison Township, Garber lies on State Highways 16/74 three miles north of their junction with U.S. Highways 64/412 and sixteen miles east of Enid. Originally part of the Cherokee Outlet, the county opened to settlement in September 1893 by land run. Homesteaders in Allison Township, surrounding Garber, began raising wheat, vegetables, and livestock. Many residents were of Bohemian (Czech) or German ancestry.

In October 1899 the Garber Town Company, owned by Milton C. and Burton A. Garber, platted the town. Their father, Martin, had homesteaded in an adjacent township and operated a store and post office. The brothers bought 180 acres near the Enid and Tonkawa Railway (later the Chicago, Rock Island and Pacific Railway), which built a North Enid-to-Billings branch in 1899. A post office called McCardie had functioned near the chosen site. The Garbers moved their enterprises to the new town. The usual small-town, agriculture-oriented businesses soon appeared. By 1905 four grain elevators served the area's prosperous wheat farmers. From 1899 the Garber Sentinel informed the residents, and the Free Press began publication in 1949.

Petroleum development significantly affected life in Garber. Nearby, drilling began as early as 1904–05. The Garber Oil and Gas Company (partly owned by Burton A. Garber) actually brought in a gas well in 1905. The Garber Field, one of the more important and consistent in the state, was opened in 1916 when the Hoy well came in at two hundred barrels per day. Peak production came in November 1925, and by 1940 a well in Section 18, Township 22 North, Range 3 West still held a state record for initial production, 27,000 barrels per day. Oil-well supply companies set up yards in town to provide tools, derricks, tanks, and other equipment. Booms happened again in 1925 and 1927, the latter continuing through the 1930s. Three refineries operated by 1929. By 1920 Garber had an unofficial population count of 2,200 (the U.S. Census registered 1,446). The town attained status as a first-class city. The oil industry made many Garberites wealthy and continued to provide residents with employment and income, although the area's inhabitants still rely on wheat and cattle.

Burton Garber, president of the Farmers State Bank and the Garber and Company store, died in 1936. Milton C. Garber, a respected lawyer, jurist, and newspaper publisher in Enid and Oklahoma member of the U.S. House of Representatives from 1923 to 1933, died in 1946. George E. Failing, inventor, established his tool and supply company in Garber in 1918.

The following (as per The Chicago Manual of Style, 17th edition) is the preferred citation for articles:
Dianna Everett, “Garber,” The Encyclopedia of Oklahoma History and Culture, https://www.okhistory.org/publications/enc/entry.php?entry=GA010.