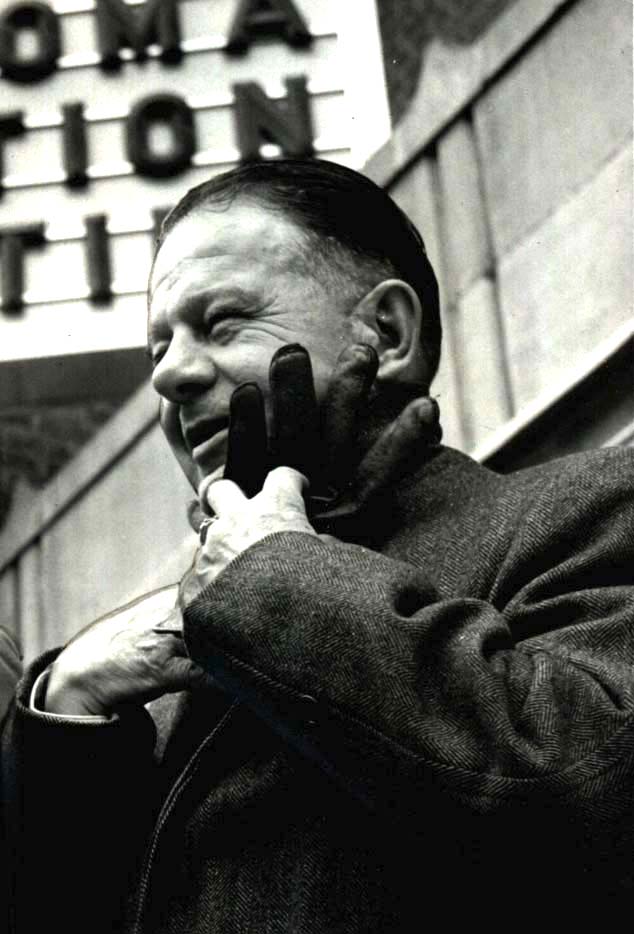 A founder of cities and businesses and an important figure in the political, civic, social, and religious development of northwestern Oklahoma, U.S. Rep. Milton Cline Garber was born in Humboldt, California, on November 30, 1867. The son of Martin and Lucy Rife Garber, the future congressman moved with his family to Iowa in 1868, and Martin Garber became a prominent lawyer and an active participant in Iowa politics. Educated in the Iowa public schools, young Milton received a bachelor's degree (1890) and a master's degree (1906) from Upper Iowa University as well as a bachelor of laws from the University of Iowa in 1893. After receiving his law degree, he moved to Oklahoma Territory, and he and family members participated in the Cherokee Strip Land Run on September 16, 1893. In addition to securing a claim, the Garbers established the town of Garber, named after Martin Garber.

In addition to farming and helping to run a general store, the future solon also practiced law. In 1902 Garber was appointed to fill an unexpired term as a probate judge in Garfield County. Elected in 1904, the judge served in this position until being named an associate justice of the Supreme Court of Oklahoma Territory and trial judge of the Fifth Judicial District in1906. With Oklahoma statehood he was elected judge of the Twentieth Judicial District in 1908, a position he held until 1912. In 1910 the judge entered the campaign for the U.S. House of Representatives, representing the First District. Fellow Republican Bird McGuire defeated Garber in the primary.

In 1900 Garber married Lucy M. Bradley, who became one of Oklahoma's leading women. The mother of five children, Lucy Garber assisted her husband in his law office, succeeded her father-in-law as a U.S. land commissioner, and operated a fire insurance agency. She also enjoyed international acclaim for her work with poultry.

In 1920 Judge Garber purchased an interest in the Enid Morning News, which was later consolidated with the Enid Eagle in 1923. As the editor and co-publisher of the Enid Publishing Company, the newspaperman strived to improve conditions in Enid and all of northwestern Oklahoma. An advocate of the city manager form of government for Enid, he also encouraged large oil companies to drill in Garfield County, thereby bringing prosperity to many in the area. As the mayor of Enid from 1919 to 1921 he led the movement to build the convention hall as a memorial to the dead of World War I.

Despite a landslide victory for the Oklahoma Democratic Party in 1922, Garber won election to represent Oklahoma's Eighth District in the U.S. Congress. He held this seat for five terms. While in the House, he served on a number of committees, including Expenditures in the Interior Department; Indian Affairs; Irrigation of Arid Lands; Public Buildings and Grounds; Roads; Irrigation and Reclamation; and Interstate and Foreign Commerce. As a member of this last committee the solon was successful in obtaining an Interstate Commerce Commission order requiring railroads to determine the availability of cars before wheat harvests and to distribute them equally throughout the harvest area. He also introduced legislation calling for a survey of the Arkansas River Valley and stressed flood control through ponds and regional reservoirs rather than large hydroelectric plants.

In 1932 future governor Ernest W. Marland defeated Garber and thereby became the first Democrat to win the Eighth District. Garber retired to Enid and continued to operate the Enid Publishing Company. In 1940 the former judge and politician was inducted into the Oklahoma Hall of Fame and cited not only for his public career but also for his helpfulness to fellow Oklahomans. On September 12, 1948, Garber died of a heart attack while on a fishing trip in Alexandria, Minnesota. He was interred in Memorial Park Cemetery in Enid.

The following (as per The Chicago Manual of Style, 17th edition) is the preferred citation for articles:
Carolyn G. Hanneman, “Garber, Milton Cline,” The Encyclopedia of Oklahoma History and Culture, https://www.okhistory.org/publications/enc/entry.php?entry=GA011.