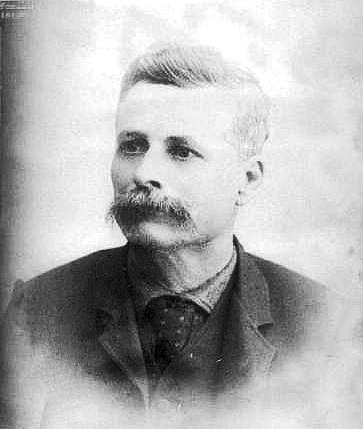 An original 89er and the first nonprovisional mayor of Oklahoma City, William James Gault was born in 1830 in Washington County, New York. At an early age he moved with his family to Illinois. As a young man he traveled to California, remaining there for three years before settling in Kansas City, Missouri. There he involved himself in brick manufacturing. In 1859 he married Martha Phillips, and they had three children (Eliza, William D., and Mary). In 1876 Gault relocated his family to Eldorado, Kansas, serving a term as the city's mayor. On April 22, 1889, he made the Land Run into the Unassigned Lands of central Oklahoma by train, positioning his claim where Oklahoma City developed. In Oklahoma City Gault established a lumber company, which flourished and gained a regional reputation.

On August 8, 1890, after Oklahoma City incorporated under the laws of Nebraska, as warranted under the Organic Act, the residents elected Gault the first mayor, an office he held until 1892. He also helped guide the burgeoning city as president of the chamber of commerce and president of the school board. In 1896 he was elected to the Fourth Territorial Legislature and chaired the committee on municipal corporations. He attended the Congregational Church and was a member of the 89ers Club. William Gault died on April 15, 1899, in Oklahoma City. Interestingly, he defeated Henry Overholser in the race for the mayor's office, but in 1915 Overholser's son, Edward, prevailed over Gault's son, William, for the same position.

Joseph B. Thoburn and Muriel H. Wright, Oklahoma: A History of the State and Its People (New York: Lewis Historical Publishing Co., 1929).

The following (as per The Chicago Manual of Style, 17th edition) is the preferred citation for articles:
Larry O'Dell, “Gault, William James,” The Encyclopedia of Oklahoma History and Culture, https://www.okhistory.org/publications/enc/entry.php?entry=GA022.